France on strike for a 2nd day, complicating travel

PARIS (AP) — Frustrated travelers are meeting transportation chaos around France for a second day on Friday, as unions dig in for what they hope is a protracted strike against President Emmanuel Macron’s plans to redesign the national retirement system.

Most French trains were at a halt – including Paris subways – and traffic jams multiplied around the country.

The Chateau of Versailles remained shut for a second day because of the nationwide strike, and the Louvre Museum warned visitors to expect delays and some closed galleries. The Eiffel Tower reopened Friday after an all-day closure Thursday, but tourists from around the world remained challenged by strike-related disruptions.

“I arrived in Paris today, but I have been stuck for around two hours just trying to find a bus or a train,” visitor Zaeen Shoii from Pakistan said while at the Gare de l’Est train station. “But everything has been delayed, so I’m just waiting for fort next bus now.”

Emboldened by the biggest outpouring of public anger in years, unions announced plans for new nationwide, “inter-generational” protests Tuesday over a reform they see as an attack on hard-won workers’ rights. 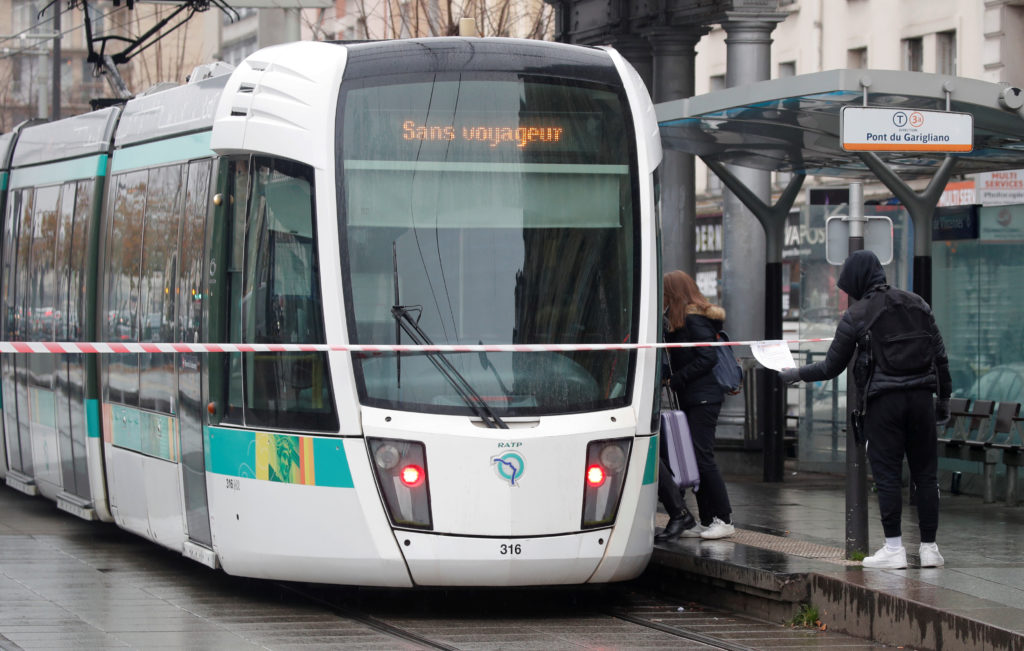 A man checks an information sign in front of a RATP tramway as a strike by French SNCF railway and Paris transport network (RATP) workers continue to protest against French government’s pensions reform plans, in Paris, France, December 6, 2019. Photo by Charles Platiau/Reuters

At least 800,000 people young and old marched on Thursday, as strikes shuttered schools and some public services and disrupted hospitals and refineries. Police fired repeated volleys of tear gas and protesters set fires on a rampage around eastern Paris. Most demonstrators were peaceful, however, and the violence by an extremist fringe didn’t deter unions from urging people across French society to join the new protests next week.

Macron is determined to push through the changes to France’s convoluted and relatively generous retirement system, seeing them as central to his plans to transform the French economy.

Opponents fear the changes to how and when workers can retire will threaten the hard-fought French way of life, and worry that the plan will push them to work longer, for less retirement pay.

Macron’s government has been negotiating with unions and others for months about the plan but won’t release the details of the changes until next week. The government says it won’t change the official retirement age of 62, but the plan is expected to encourage people to work longer.

The uncertainty about what the plan will entail is feeding public worry. Polls suggest most French people support the strike and protest movement, at least for now, in hopes it pushes the government to pay more heed to workers’ concerns.

Some seven in 10 French employees work in the private sector, and the strikes are primarily in the public sector. But the retirement changes will affect everyone, and Thursday’s demonstrations included private sector workers, too.

Paris region commuters and parents scrambling to get to work and school Friday had mixed feelings about the strikes and the reform. Some walked through a light drizzle on the strike’s second day, while others who live outside the city slept overnight in hotels.

“I understand, striking is a constitutional right but there should at least be a partial (subway) service,” said Mira Ghaleni as she tried to get her son to school in eastern Paris. “It’s really a disaster for the people, and the politicians should do something because we’ve really had enough. One day, it’s OK, but I think it will last longer.”

Suburban commuter Eric Dao managed to get one of the few functioning regional trains into the city Friday, though he arrived late. “The strike is justified because it is necessary to find better social solutions,” he said. 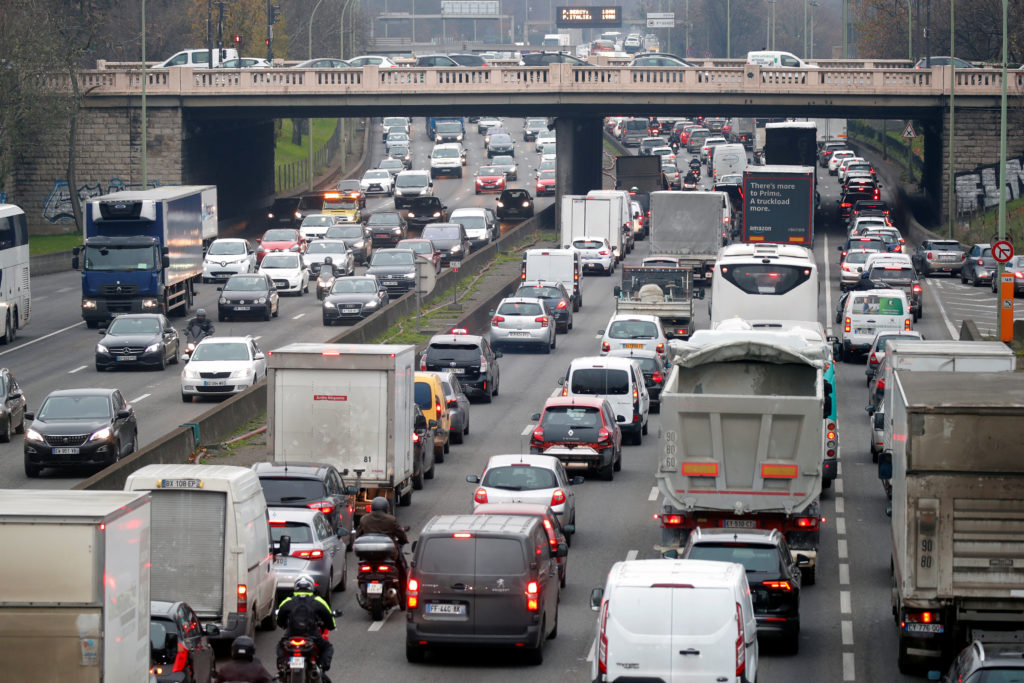 For Spanish tourist Lidia Barquero, the strike encouraged her and her traveling companions to better appreciate Paris by foot. “We like walking,” she said.

Unions declared an open-ended strike and hope to keep up pressure on the government through next week.

Macron says the current system isn’t financially sustainable or fair, and he wants to unify France’s 42 different pension schemes into a single one, giving all workers the same general rights. So-called special regimes, linked to certain professions like train drivers, allow workers to get early retirement or other benefits.

But the reform also aims to save money, and teachers are among many who worry it will leave them less money at the end of their careers.

Teachers at the Balzac school, which educates hundreds of students from across Paris, said in a statement Friday they were continuing to strike against a reform “that concerns all employees, in the public and the private sectors, and much later our students.”

“Work counts and needs respect,” it said. “Retirement pensions should be an enduring and definitive sign of respect for the accomplishment of years of work, often laborious and annoying.”