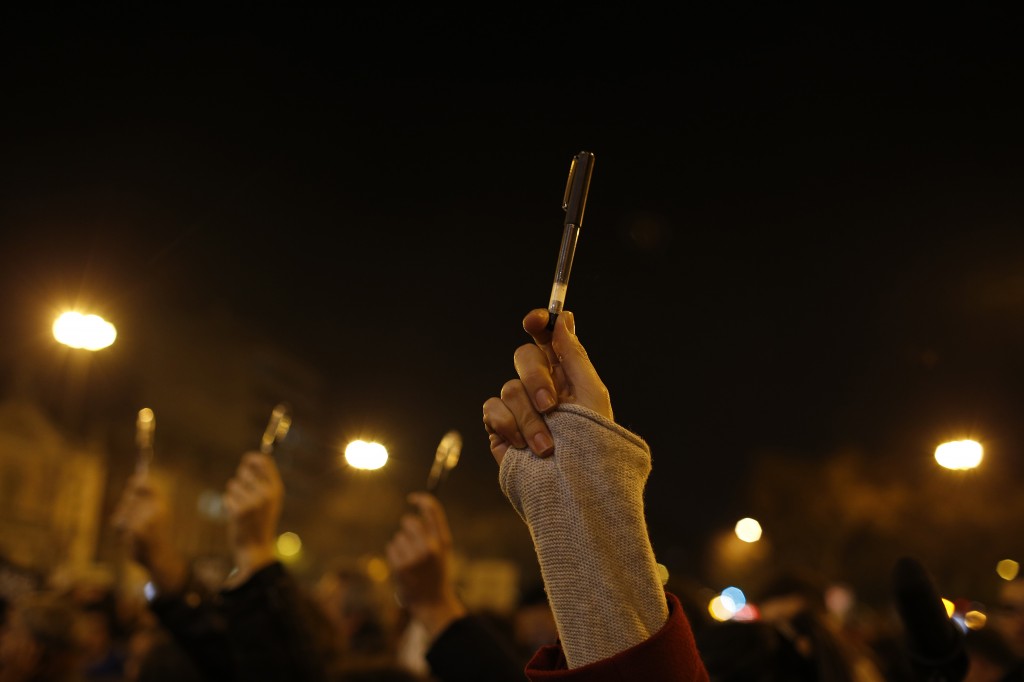 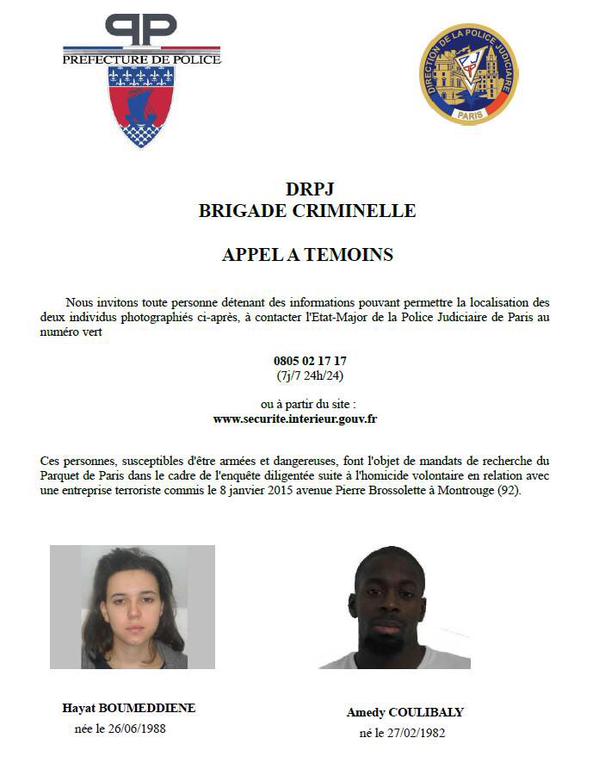 The Associated Press reports that al-Qaida’s branch in Yemen claimed responsibility for the Charlie Hebdo attacks.

According to a statement provided to AP, the act was “revenge for the honor” of the prophet Muhammad and “in line” with warnings about “the consequences of the persistence in the blasphemy against  Muslim sanctifies.”

The suspects in the Wednesday attack were Chérif Kouachi and Said Kouachi, two brothers who barricaded themselves in a printing house with one hostage in Dammartin-en-Goele, a industrial town northeast of Paris. The Kouachi brothers, along with Amedy Coulibaly, a gunmen who took several hostages in a kosher grocery store in Paris, died in two separate police raids Friday evening.

The FBI is searching for related suspect Hayat Boumeddiene, who may have been involved in the shooting death of a French policewoman in Montrouge Thursday morning. While the incident did not immediately appear to be linked to the Charlie Hebdo attack, she has since been connected to Coulibaly, the gunman at the Paris grocery store.

After the raids, several surviving hostages were sighted leaving the Paris grocery store as night fell. But Reuters also reports that at least four hostages died during the raids.

The two hostage situations had police in the Paris region on high alert following Wednesday’s mass shooting that killed 12 people at Charlie Hebdo. The two brothers were chief suspects in the attack on the satirical newspaper, which stunned the nation earlier this week. The captor in Paris reportedly knew the brothers in Dammartin-en-Goele, and threatened to kill his hostages if the police acted against the brothers.

France has both Europe’s largest Jewish population in Europe as well as its largest Muslim population.

We will be following this story as the situation unfolds.