Giammattei, making his fourth bid for the presidency, is the favorite in a CID-Gallup poll which surveyed 1,216 people between July 29 and Aug. 5. The poll estimated support for Giammattei at 39.5%, compared to 32.4% for Torres. It had a margin of error of 2.8 points.

Running for the conservative Vamos party, Giammattei has earned a reputation of being tough on crime and wants to re-introduce the death penalty. The 63-year-old doctor, who uses crutches because he has multiple sclerosis, stridently opposes gay marriage and abortion and endorses family values. 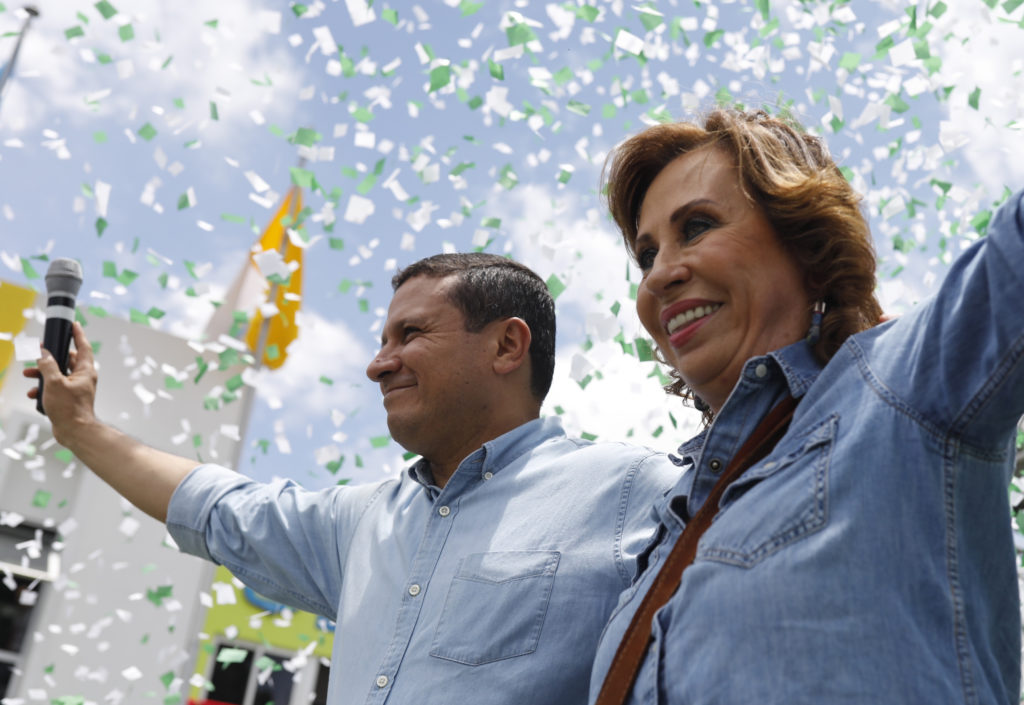 Sandra Torres, presidential candidate for the National Unity of Hope (UNE), and her running mate Carlos Raul Morales, wave during their closing campaign rally ahead of the second round run-off vote in Mixco, on the outskirts of Guatemala City, Guatemala August 9, 2019. Photo by Luis Echeverria/Reuters

Torres was married to — and later divorced — former President Álvaro Colom (2008-2012), but has a record of her own as a businesswoman, having run a textile and apparel company.

Her campaign platform has focused on improving education, health care and the economy. She also has proposed an anti-corruption program, but her Unity for Hope party (UNES) has come under fire because some of its mayoral candidates have been accused of receiving contributions from drug traffickers for their campaigns.

Polling stations opened at 7:00 a.m. local time and close at 6:00 p.m., with preliminary results expected by late Sunday. There are about 8 million registered voters, but boosting turnout above 50% will be a challenge.

The country’s general elections were held June 16, but no candidate won the necessary votes to assume the post after the first round. 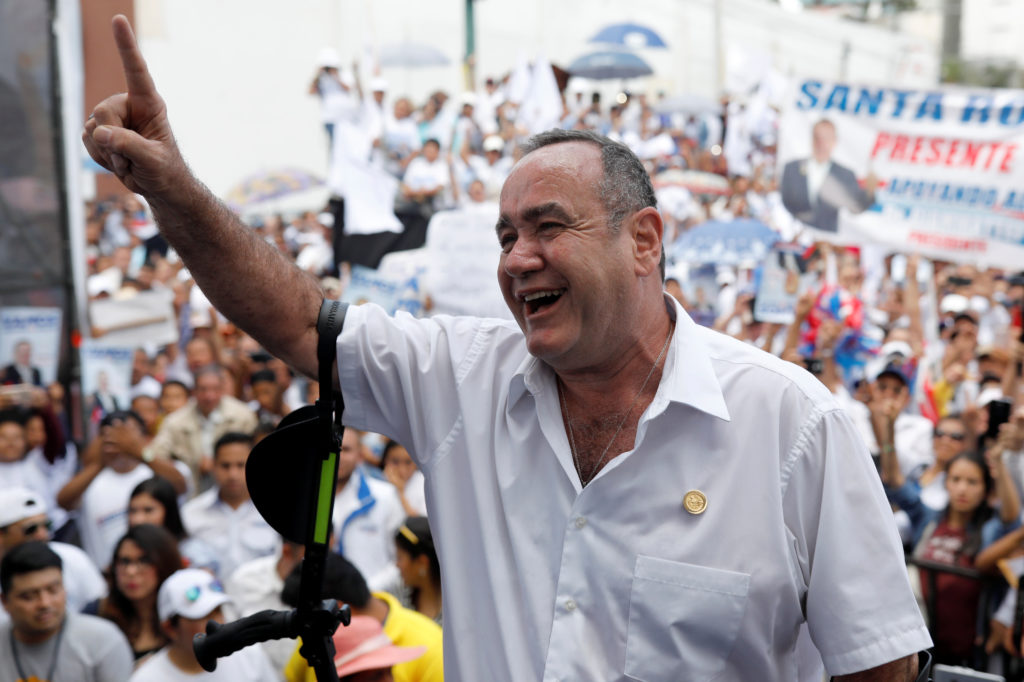 Sunday’s winner will take office on Jan. 14 and be tasked with attempting to stem the large flow of migrants headed toward the United States. At least 1% of Guatemala’s population of some 16 million has left the country this year.

On July 6, outgoing President Jimmy Morales signed a pact with the United States that would require Salvadorans and Hondurans to request asylum in Guatemala if they cross through the country to reach the U.S. The next president will be forced to decide whether to nullify or honor the so-called “third safe country” agreement, which could potentially ease the crush of migrants arriving at the U.S. border. 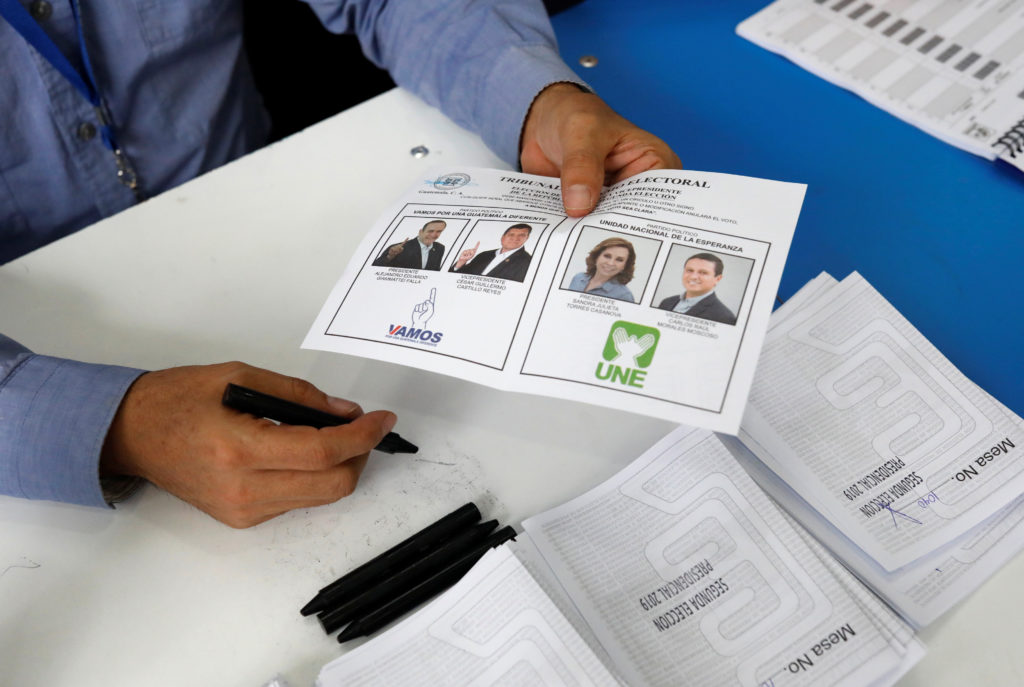 An electoral official hands out a ballot at a polling station during the presidential election second round run-off vote in Guatemala City, Guatemala, August 11, 2019. PHoto by Luis Echeverria/Reuters

In addition to migration, voters say they are concerned about crime, unemployment, the rising costs of living and entrenched corruption.

Three of the last four elected presidents have been arrested post-presidency on charges of graft, and Morales himself decided to disband and bar the U.N. anti-corruption commission after he became a target for alleged campaign finance violations.

The campaign season has been marked by a chaotic flurry of court rulings, shenanigans, illegal party-switching and allegations of malfeasance that originally torpedoed the runs of two of the three presidential front-runners.

Left: A man has his finger inked after voting at a polling station during the presidential election second round run-off vote in San Juan Sacatepequez, Guatemala, August 11, 2019. photo by Jose Cabezas, Reuters.