HONG KONG — Hong Kong protesters threw bricks and gasoline bombs at police, who responded with tear gas, as chaotic scenes returned to the summer-long anti-government protests on Saturday for the first time in nearly two weeks.

Hundreds of black-clad protesters armed with bamboo poles and baseball bats fought with police officers wielding batons on a main road following a march against “smart lampposts” that was sparked by surveillance fears.

The chaotic scenes unfolded outside a police station and a nearby shopping mall as officers in riot gear faced off with protesters who set up makeshift street barricades.

The violence interrupted nearly two weeks of calm in Hong Kong, which has been gripped by a turbulent pro-democracy movement since June.

Police fired tear gas to disperse the crowd after repeated warnings “went futile,” the government said in a statement. By early evening, most of the protesters had dispersed.

Earlier in the day, some protesters used an electric saw to slice through the bottom of a smart lamppost, while others pulled ropes tied around it to send it toppling and cheered as it crashed to the ground.

The protest march started peacefully as supporters took to the streets to demand the removal of the lampposts over worries that they could contain high-tech cameras and facial recognition software used for surveillance by Chinese authorities. 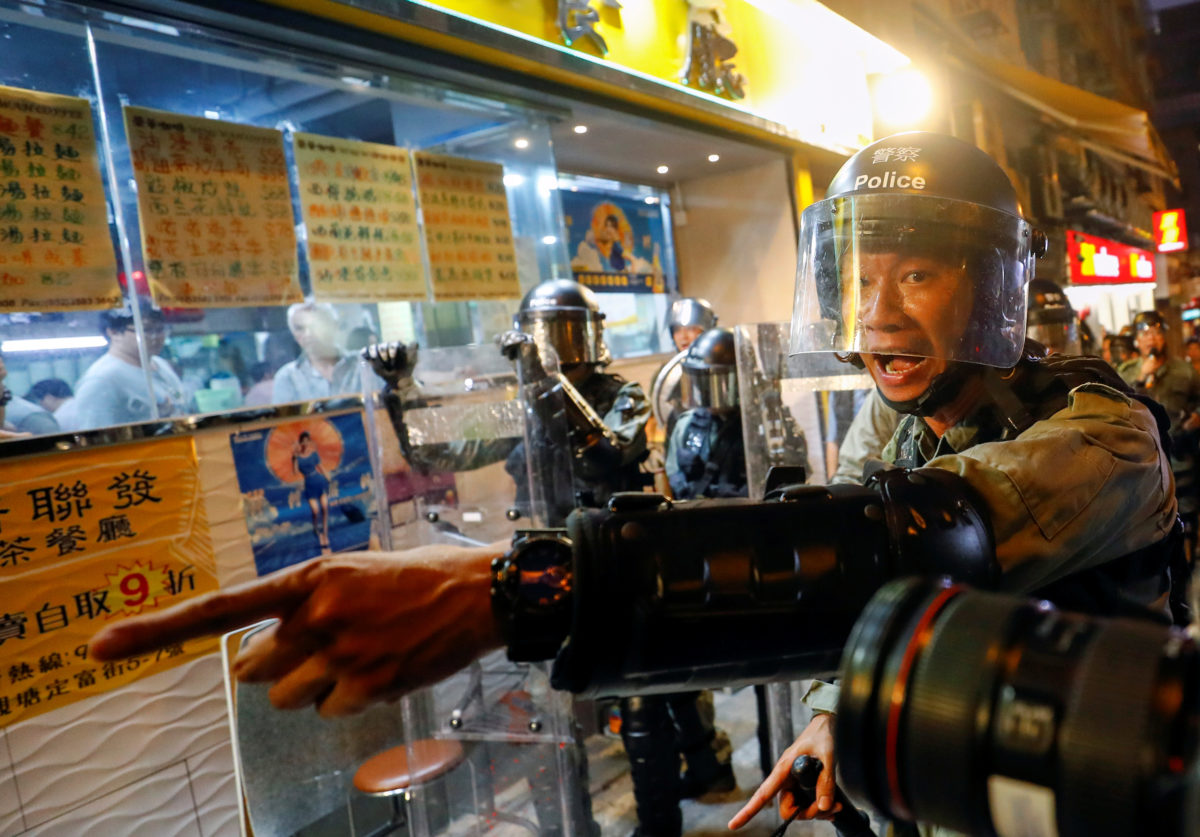 The protesters chanted slogans calling for the government to answer the movement’s demands. The protests began in June with calls to drop a now-suspended extradition bill that would have allowed Hong Kong residents to be sent to China to stand trial, then widened to include free elections for the city’s top leader and an independent inquiry into alleged police brutality.

“Hong Kong people’s private information is already being extradited to China. We have to be very concerned,” organizer Ventus Lau said ahead of the procession.

The semiautonomous Chinese territory has said it plans to install about 400 of the smart lampposts in four urban districts, starting with 50 this summer in the Kwun Tong and Kowloon Bay districts that were the scene of Saturday’s protest march.

MTR said Friday that it may close stations near protests under high risk or emergency situations. The company has until now kept stations open and trains running even when there have been chaotic skirmishes between protesters and police.

Lau said MTR was working with the government to “suppress freedom of expression.”

Also Saturday, Chinese police said they released an employee at the British Consulate in Hong Kong as scheduled after 15 days of administrative detention. 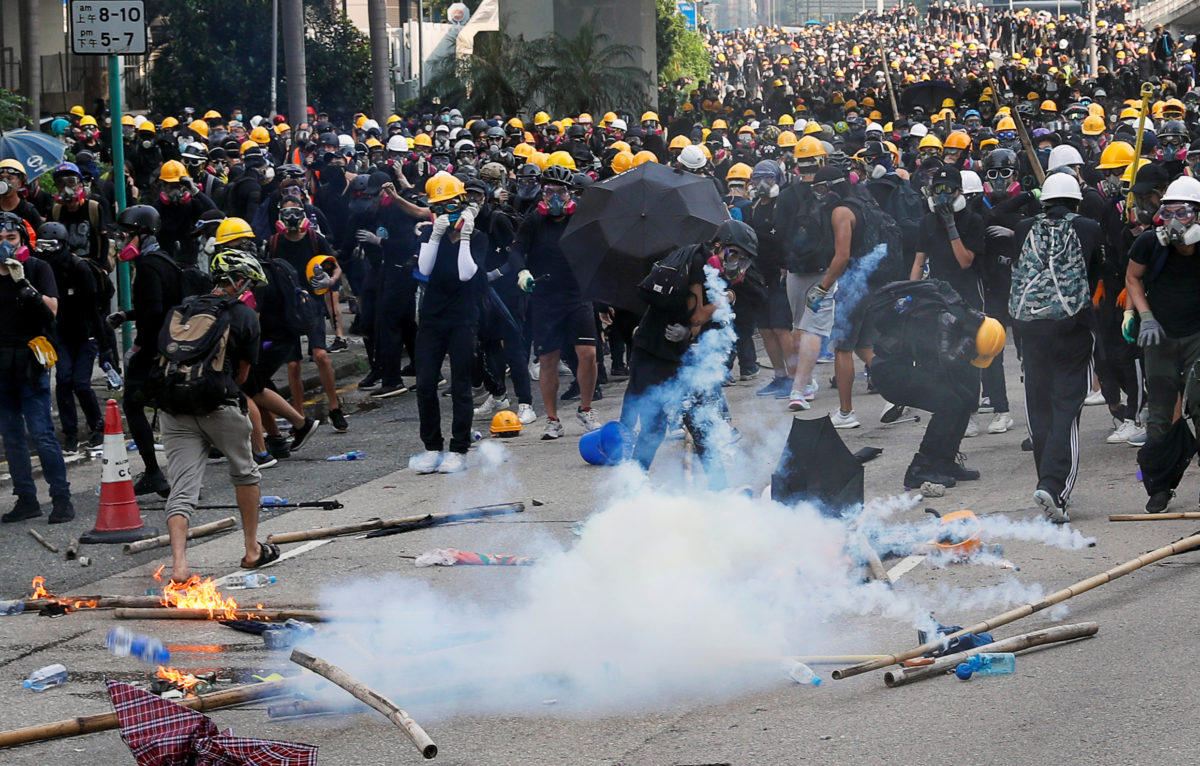 Simon Cheng Man-kit was detained for violating mainland Chinese law and “confessed to his illegal acts,” the public security bureau in Luohu, Shenzhen, said on its Weibo microblog account, without providing further details.

The Chinese government has said that Cheng, who went missing after traveling by train to mainland China for a business trip, was held for violating public order regulations in Shenzhen, in a case that further stoked tensions in Hong Kong, a former British colony.

The British government confirmed his release.

“We welcome the release of Simon Cheng and are delighted that he can be reunited with his family,” the Foreign and Commonwealth Office said in a statement, adding that Cheng and his family had requested privacy.

Cheng, a Scottish government trade and investment officer, was a local employee without a diplomatic passport.

The Global Times, a Communist Party-owned nationalistic tabloid, said Thursday that he was detained for “soliciting prostitutes.” China often uses public order charges against political targets and has sometimes used the accusation of soliciting prostitution.

Left: A demonstrator throws back a tear gas canister as they clash with riot police during a protest in Hong Kong, China, August 24, 2019. Photo by Tyrone Siu/Reuters.