Since 1975, the United Nations has been celebrating International Women’s Day each year on March 8. This year’s theme is “Equality for women is progress for all.”

Organizations, international corporations and celebrities from around the globe took to social media on Saturday to mark the event.

Some posts are celebratory — others cautionary.

On #WomensDay, find out how women are a growing force in @UNPeacekeeping http://t.co/xb7YTaIkjM #IWD2014 pic.twitter.com/ns9FutLYF4

The current state of women in the world’s workforce was also detailed earlier this year in The World Bank’s “Gender at Work” companion to the World Development Report on Jobs. 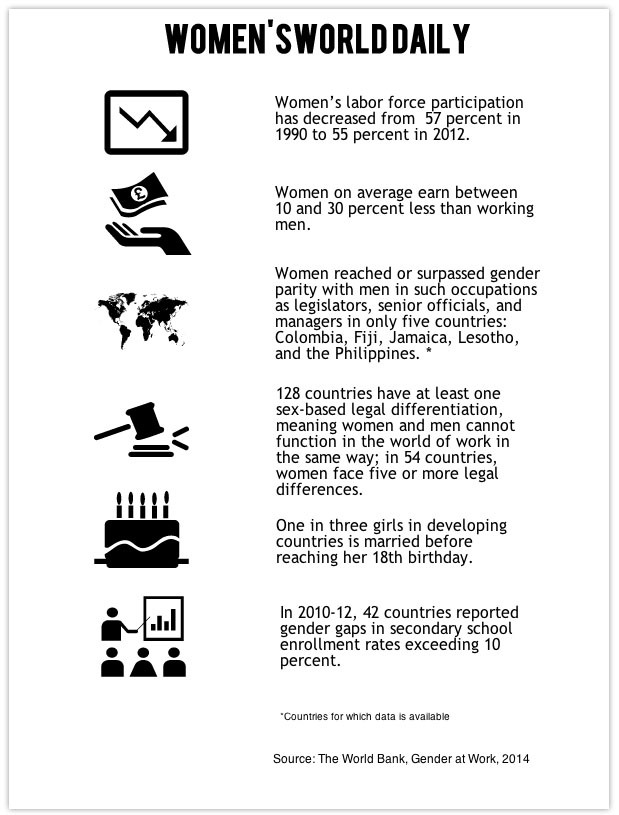 For more on International Women’s Day, you can also watch the UN’s playlist of related videos: