Iran dismisses US allegation it was behind Saudi oil attacks

DUBAI, United Arab Emirates — Iran denied on Sunday it was involved in Yemen rebel drone attacks the previous day that hit the world’s biggest oil processing facility and an oil field in Saudi Arabia, just hours after America’s top diplomat alleged that Tehran was behind the “unprecedented attack on the world’s energy supply.”

The attacks Saturday claimed by Yemen’s Houthi rebels resulted in “the temporary suspension of production operations” at the Abqaiq processing facility and the Khurais oil field, Riyadh said.

That led to the interruption of an estimated 5.7 million barrels in crude supplies, authorities said while pledging the kingdom’s stockpiles would make up the difference. The amount Saudi Arabia is cutting back is equivalent to over 5% of the world’s daily production.

While markets remained closed Sunday, the attack could shock world energy prices. They also increased overall tensions in the region amid an escalating crisis between the U.S. and Iran over Tehran’s unraveling nuclear deal with world powers.

Late Saturday, U.S. Secretary of State Mike Pompeo directly blamed Iran for the attack on Twitter, without offering evidence to support his claim.

“Amid all the calls for de-escalation, Iran has now launched an unprecedented attack on the world’s energy supply,” Pompeo wrote. “There is no evidence the attacks came from Yemen.”

The U.S., Western nations, their Gulf Arab allies and U.N. experts say Iran supplies the Houthis with weapons and drones — a charge that Tehran denies.

U.S. officials previously alleged at least one recent drone attack on Saudi Arabia came from Iraq, where Iran backs Shiite militias. Those militias in recent weeks have been targeted themselves by mysterious airstrikes, with at least one believed to have been carried out by Israel. 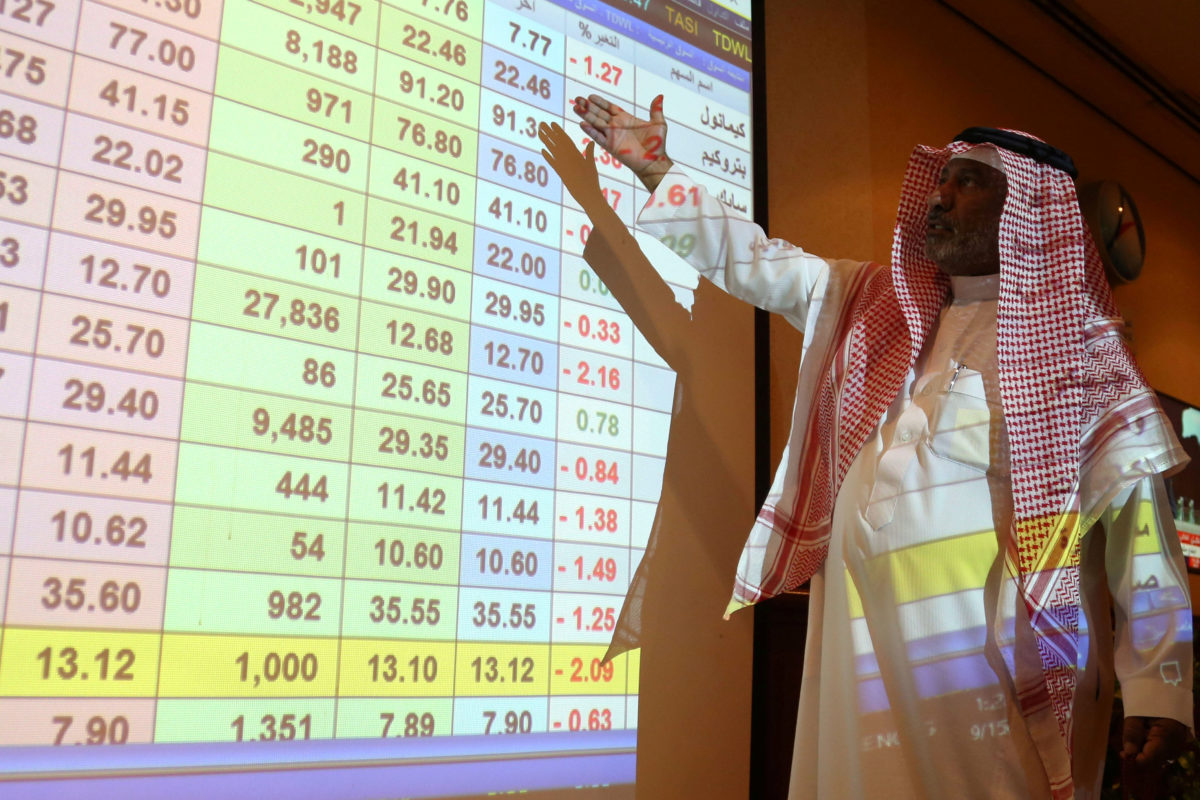 “The Americans adopted the ‘maximum pressure’ policy against Iran, which, due to its failure, is leaning towards ‘maximum lies’,” Mousavi said in a statement.

Iraq “abides by its constitutions that prevents the use of its lands to launch aggressions against neighboring countries,” the statement said.

First word of Saturday’s assault came in online videos of giant fires at the Abqaiq facility, some 330 kilometers (205 miles) northeast of the Saudi capital, Riyadh.

Machine-gun fire could be heard in several clips alongside the day’s first Muslim call to prayers, suggesting security forces tried to bring down the drones just before dawn. In daylight, Saudi state television aired a segment with its local correspondent near a police checkpoint, a thick plume of smoke visible behind him.

President Donald Trump called Saudi Arabia’s Crown Prince Mohammed bin Salman to offer his support for the kingdom’s defense, the White House said. The crown prince assured Trump that Saudi Arabia is “willing and able to confront and deal with this terrorist aggression,” according to a news release from the Saudi Embassy in Washington.

Saudi Aramco describes its Abqaiq oil processing facility in Buqyaq as “the largest crude oil stabilization plant in the world.”

There was no immediate impact on global oil prices as markets were closed for the weekend. Benchmark Brent crude had been trading at just above $60 a barrel.

Left: Smoke is seen following a fire at Aramco facility in the eastern city of Abqaiq, Saudi Arabia, September 14, 2019. Photo by Reuters stringer.