Thousands of Iranian pilgrims are participating in an annual hajj in Saudi Arabia this week, signaling small amends between the two countries after a deadly stampede during the religious journey frayed diplomatic ties in 2015.

Every year, millions of Muslims from around the world retrace the steps of the Prophet Muhammad’s first pilgrimage to the city of Mecca, which he is believed to have traveled in the year 628 A.D. And entry and exit into Mecca, the holiest Muslim city, is governed by Saudi Arabia.

Iran, which was already a rival of Saudi Arabia, challenged the country’s authority over holy sites in 2015 after more than 2,000 people, many of them Iranian, died on the third day of the ritual – the deadliest disaster the hajj has ever seen, according to a count by the Associated Press.

On Sept. 24, 2015, thousands of people became trapped among about 1,000 feet of a narrow road outside the city and were crushed to death by pressures that were “strong enough to bend steel fences,” according to The New York Times. The cause of the stampede is still disputed.

Iran’s supreme leader, Ayatollah Ali Khamenei, blamed the Saudi leadership for “murder.” Then Saudi leadership barred Iranians from attending the hajj last year after protesters upset about the execution of a Shiite dissident cleric attacked the Saudi embassy in Tehran, according to the Washington Post. 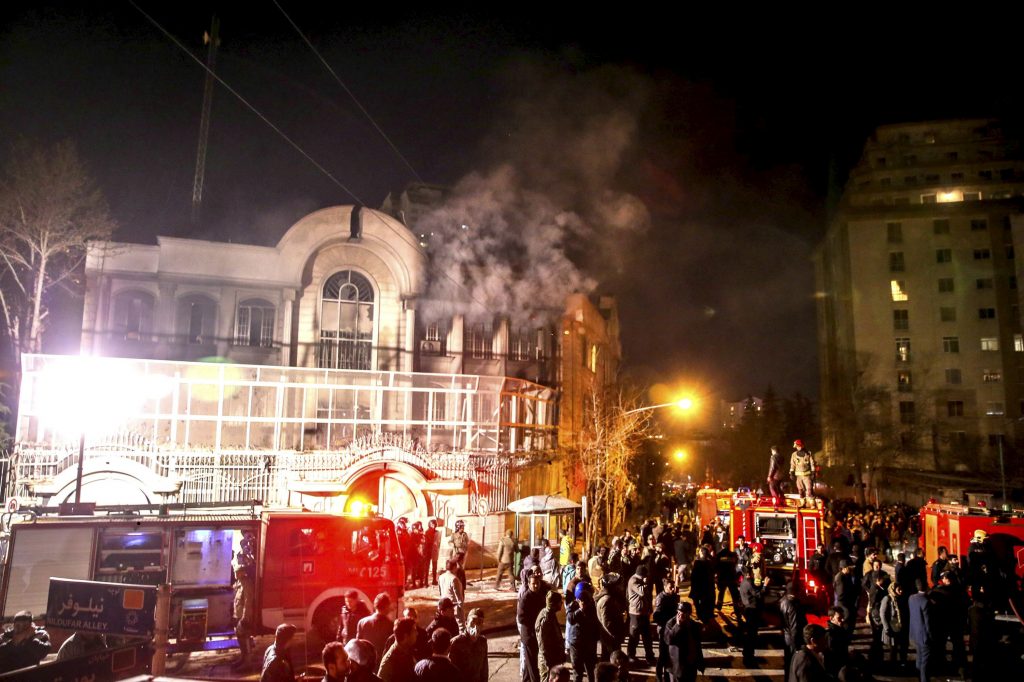 Flames rise from Saudi Arabia’s embassy after it was stormed by Iranian protesters during a demonstration in Tehran, Iran, January 2, 2016. Photo by Reuters

Tensions were already high between the two countries, which accuse each other of supporting opposing sides in conflicts in Syria, Iraq and Yemen. Iran has also blamed Saudi Arabia for deadly attacks claimed by the Islamic State.

But in July, the director of the hajj at Iran’s Haj and Pilgrimage Organization, Nasrollah Farahmand, told state media that approximately 86,500 Iranians are expected to participate in the hajj.

“The serious and constant issue for the Islamic Republic is the preservation of the security, dignity, welfare and comfort of all pilgrims, particularly Iranian pilgrims,” Khamenei said, according to Reuters. “The security of the hajj is the responsibility of the country where the two noble shrines exist.” 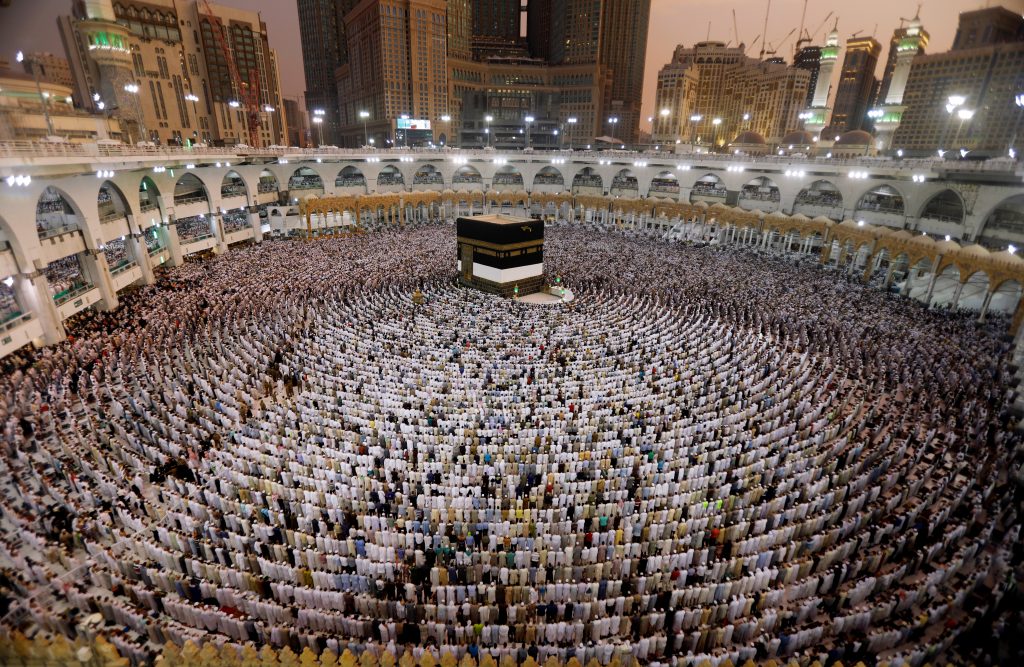 Muslims pray at the Grand mosque ahead of the annual Haj pilgrimage in Mecca, Saudi Arabia August 29, 2017. Photo by Suhaib Salem/Reuters

This year’s five-day ritual began on Wednesday, as millions of Muslims in white garments circled counter-clockwise around Islam’s most sacred mosque, the Kaaba, in Mecca. The return of the Iranians, “helped ease some initial tension,” Reza H. Akbari, who researches Iranian politics at the Institute for War and Peace Reporting, told the Washington Post.

Left: Muslim pilgrims gather on Mount Mercy on the plains of Arafat during the annual hajj pilgrimage, outside the holy city of Mecca, Saudi Arabia August 31, 2017. Photo by Suhaib Salem/Reuters