BAGHDAD (AP) — Iraq’s president on Thursday called for the drafting of a new election law and said he would approve early elections once it is enacted, bowing to anti-government protesters while insisting that the sweeping changes they are demanding be carried out in a constitutional way.

Iraq has seen two waves of mass protests this month, with at least 250 protesters killed in clashes with security forces in Baghdad and across the Shiite-majority south. The protesters have demanded the resignation of the government and the overhaul of the political system put in place after the 2003 U.S.-led invasion

In a prime-time address, President Barham Salih expressed support for the protesters and their demands. He said Prime Minister Adel Abdul-Mahdi is prepared to resign once political leaders agree on a replacement.

A new election law that would break up the domination of entrenched political factions — many of which are tied to Iran — has been one of the main demands of protesters, along with fighting corruption, an overhaul of the judicial system and improved job opportunities and basic services.

But the process Salih laid out could take weeks or months, and it was unclear whether it would meet the protesters’ demands. 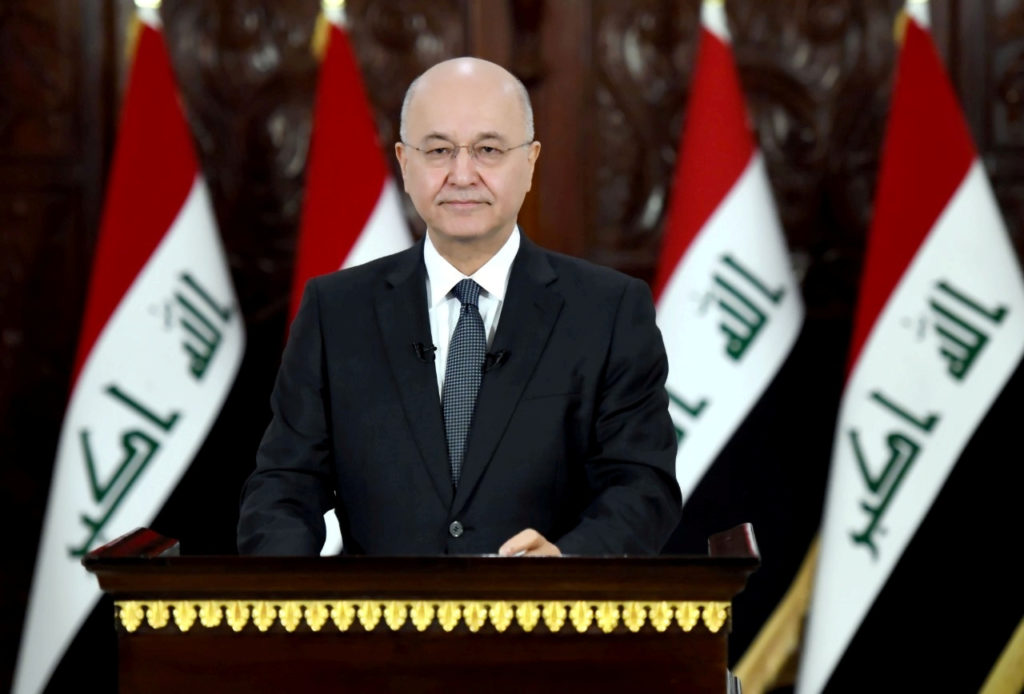 Iraq’s President Barham Salih delivers a televised speech to people in Baghdad, Iraq on October 31, 2019. Photo courtesy: The Presidency of the Republic of Iraq Office/Handout via Reuters

Salih said his office has already started working on a new election law expected to be submitted to parliament next week.

“The current status quo is no longer sustainable,” he said, calling for wide-ranging reforms.

Salih, a veteran Kurdish politician who assumed office a year ago, stressed the importance of confining all weapons in the hands of the government, an apparent reference to shadowy forces who have attacked protesters in recent days in Baghdad and the Shiite holy city of Karbala.

“What is needed are quick measures to hold those criminals responsible for the excessive violence used during the recent protests and to bring them to justice,” he said.

The demonstrators meanwhile clashed with security forces on a second bridge leading to Baghdad’s heavily fortified Green Zone, with at least one person killed and more than 60 wounded.

Demonstrators have gathered in the capital’s Tahrir Square since the protests resumed nearly a week ago and have repeatedly clashed with security forces on the Joumhouriya Bridge. The clashes have now spread to the nearby Sanak Bridge, which also leads to the Green Zone, where the government is headquartered. 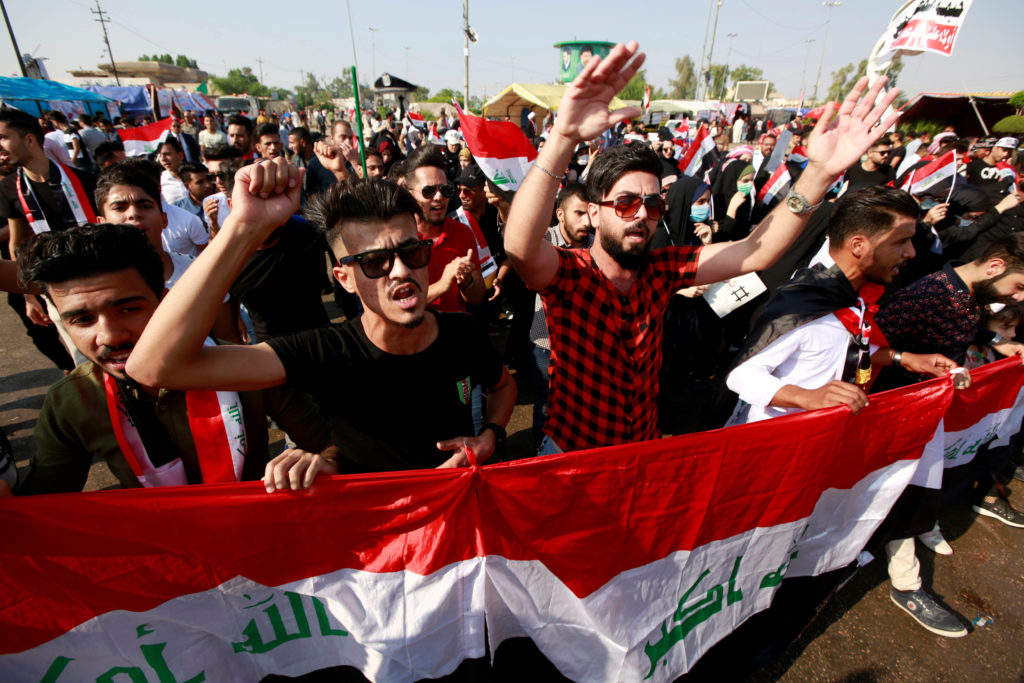 Security and medical officials confirmed the latest casualties. They spoke on condition of anonymity because they are not authorized to talk to reporters.

Tens of thousands of demonstrators have joined the protests to vent their frustration at the political class. The protests have been concentrated in Shiite-majority areas and directed at the Shiite-dominated government.

Iraq suffers from high unemployment and poor public services despite being an OPEC member with the world’s fourth largest proven oil reserves. The sectarian power-sharing government put in place after the 2003 U.S.-led invasion has given rise to an entrenched political class even though the country regularly holds elections.

Under an unofficial agreement, Iraq’s presidency — a largely ceremonial role — is held by a Kurd, while the prime minister is Shiite and the parliament speaker is Sunni. Both Salih and Abdul-Mahdi are longstanding members of the political class that has dominated Iraq since 2003.

Protesters have been joined by supporters of an influential Shiite cleric, Muqtada al-Sadr, who has called on the government to resign. The demonstrations have snowballed into the biggest security challenge Iraq has faced since it declared victory over the Islamic State group nearly two years ago.