Separatists rally in Barcelona for release of prisoners

BARCELONA, Spain — Hundreds of thousands in the restive region of Catalonia protested Saturday in Barcelona against the imprisonment of nine separatist leaders for their roles in an illegal 2017 secession bid.

Barcelona’s police say 350,000 people rallied in downtown Barcelona, many waving pro-independence flags for Catalonia. The rally was organized by the main pro-secession grassroots groups who want to create a new state in wealthy northeastern Spain.

“We cannot accept that (the prisoners) have been condemned to terms of nine to 13 years for defending the self-determination of Catalans,” the president of the pro-secession grassroots group ANC, Elisenda Paluzie, said.

Nine Catalan officials were given sentences of nine to 13 years for sedition by the Supreme Court. Four of those were also convicted of misuse of public funds. The other three were fined for disobedience. They were all acquitted of the more serious crime of rebellion, which carries sentences of up to 25 years.

The Oct. 14 sentence sparked peaceful protests in Barcelona and other nearby cities that later spiraled into violent clashes with police during six straight days.

Spain’s government has told Catalonia’s separatists that the national Parliament would need to amend the Constitution, which considers the nation indivisible, to make secession by a region legal. 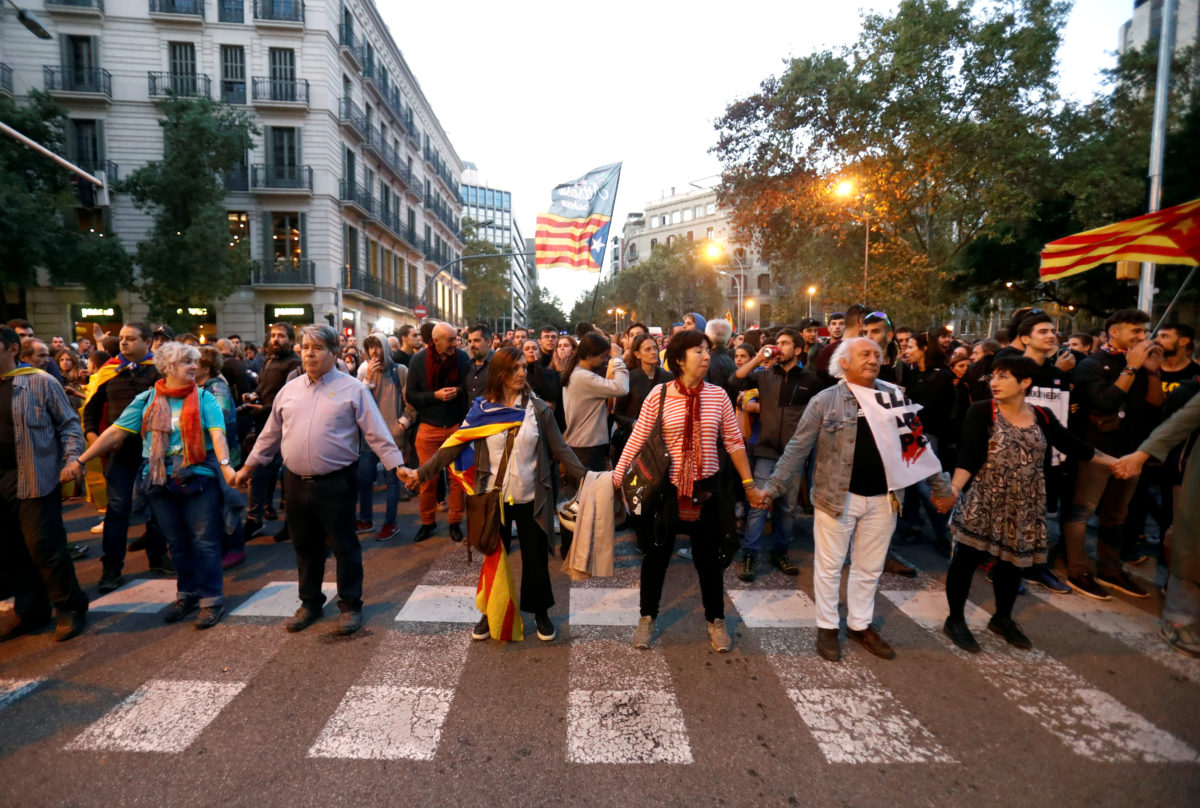 The largest pro-Spanish union grassroots group Catalan Civil Society has called for a rally in Barcelona on Sunday. About roughly one half of Catalonia’s 7.5 residents oppose severing century-old ties with the rest of the country.

The Catalan crisis is set to be a key issue in Spain’s Nov. 10 national election, where Socialist Prime Minister Pedro Sánchez will try to stay in power.

Earlier Saturday, Spain’s far-right party Vox drew several thousand people to a political rally in central Madrid. Vox is trying to profile itself as the best option to stop the rupture of Spain.