BAGHDAD — Iraqi protesters blocked roads in Baghdad on Sunday to raise pressure on the government to resign after more than a week of renewed mass demonstrations.

Protesters blocked one road with burning tires and barbed wire, and held up a banner reading “Roads closed by order of the people.” They appeared to be borrowing a tactic from Lebanon, where similar anti-government demonstrations have been underway since Oct. 17, and where protesters have repeatedly blocked major roads.

Tens of thousands of protesters have gathered in Baghdad’s central Tahrir Square and across southern Iraq in recent days, calling for the overhaul of the political system established after the 2003 U.S.-led invasion. Protesters have also taken over a large tower in the square that was abandoned after it was damaged in the war. 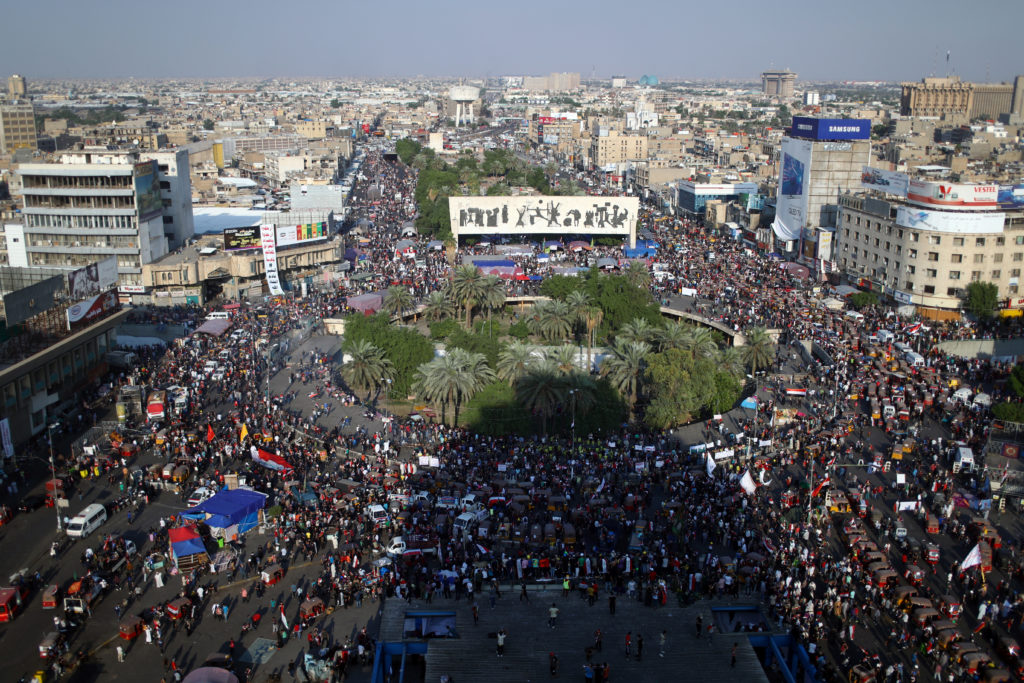 General view of Iraqi demonstrators on the streets during anti-government protests in Baghdad, Iraq November 2, 2019. Photo by Ahmed Jadallah/Reuters.

Thousands of students have skipped classes to take part in the protests, blaming the political elite for widespread corruption, high unemployment and poor public services.

Security forces have fired tear gas, rubber bullets and live ammunition at the protesters, killing more than 250 in two waves of demonstrations since early October. Since the protests restarted on Oct. 25 after a brief hiatus, there have been near-continuous clashes on two bridges leading to the heavily fortified Green Zone, the headquarters of the government and home to several foreign embassies.

The Iraqi High Commission for Human Rights said Siba al-Mahdawi, an activist and physician who has taken part in the protests, was abducted on Saturday night by an unknown group. The semi-official body called on the government and the security forces to reveal her whereabouts. Al-Mahdawi was one of several doctors who have volunteered to provide medical aid to the protesters. 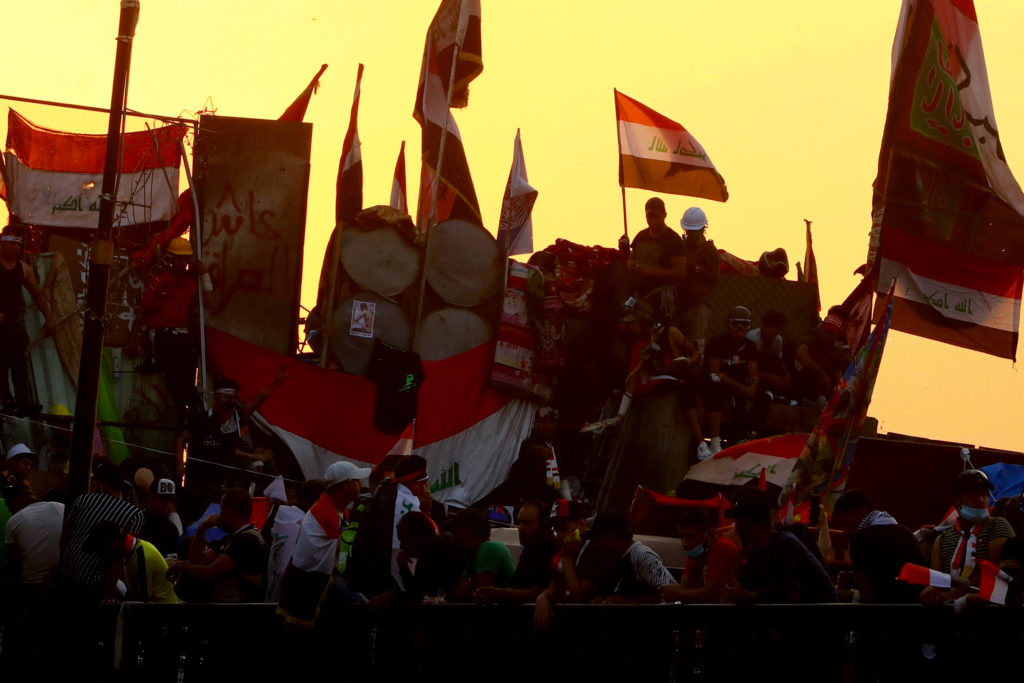 Last week, President Barham Salih said Abdul-Mahdi is willing to resign once political leaders agree on a replacement. He also called for a new election law and said he would approve early elections once it is enacted. In a meeting with the heads of trade unions on Sunday, Salih said the new election law would be submitted to parliament this week.

Even if it is quickly approved, the process of holding early elections and forming a new government could take several months. Meanwhile, the protests have only grown since the president’s initial announcement.

On Sunday, a 24-year-old veterinary student attended the demonstrations in Baghdad carrying a cat, with a sign around its neck reading “I am coming to demand my rights.” The student, who did not give her name for fear of repercussions, joked that she was willing to treat the country’s politicians for free.

Iraq is governed by a sectarian political system that distributes power and high offices among the Shiite majority, Sunnis and Kurds. It holds regular elections, but they are dominated by sectarian religious parties, many of which have close ties to Iran. The political parties bicker over ministries and then hand out jobs to their supporters, contributing to a bloated public sector that is unable to provide reliable public services.

More than 15 years after the U.S.-led invasion that overthrew Saddam Hussein, Baghdad and other cities still see frequent power cuts, the tap water is undrinkable and public infrastructure is crumbling. Few Iraqis have seen any benefit from the country’s oil wealth, despite it being an OPEC member with the fourth largest proven reserves in the world.

Left: An Iraqi demonstrator is seen next to burning tires as he blocks the road during ongoing anti-government protests, in Baghdad, Iraq November 3, 2019. Photo by Khalid al-Mousily/Reuters.