TEL AVIV, Israel — The Israeli military confirmed on Wednesday it carried out the 2007 airstrike in Syria that destroyed what was believed to be a nuclear reactor, lifting the veil of secrecy over one of its most daring and mysterious operations in recent memory.

Although Israel was widely believed to have been behind the Sept. 6, 2007, airstrike, it has never before commented publicly on it.

In a lengthy release, the military revealed that eight F-15 fighter jets carried out the top-secret airstrikes against the facility in the Deir el-Zour region, 450 kilometers (about 300 miles) northeast of Damascus, destroying a site that had been in development for years and was scheduled to go into operation at the end of that year.

Israel’s involvement has been one of its most closely held secrets, and it was not immediately clear why Israel decided to go public now. The military would not comment on its reasoning, but the move could be related to the upcoming memoir of former Prime Minister Ehud Olmert, who ordered the strike and has hinted about it for years. It could also be meant as a warning to archenemy Iran, which is deeply involved in Syria’s conflict.

“The motivation of our enemies has grown in recent years, but so too the might of the Israeli military,” Defense Minister Avigdor Lieberman said Wednesday. “Everyone in the Middle East would do well to internalize this equation.”

Israel and Syria have always been bitter enemies. Throughout Syria’s seven-year civil war, Israel has carried out well over 100 airstrikes, most believed to have been aimed at suspected weapons shipments destined for the Iranian-backed Hezbollah militant group. Both Iran and Hezbollah are allied with Syrian President Bashar Assad.

At the time of the 2007 strike, Syria accused Israel of invading its airspace, but gave no further details about the target.

Israel’s involvement has been one of its most closely held secrets, and it was not immediately clear why Israel decided to go public now.

The pre-mission briefing, made public Wednesday, stated that the operation should not be attributed to Israel so as to minimize the potential for an all-out war.

The Syria strike was reminiscent of an Israeli attack in 1981 against a reactor being built in Iraq. That strike was later credited with preventing Saddam Hussein from acquiring weapons of mass destruction that could have been used in the Gulf War a decade later.

“The message from the 2007 attack on the reactor is that Israel will not tolerate construction that can pose an existential threat,” military chief Lt. Gen. Gadi Eisenkot said in Wednesday’s statement. “This was the message in 1981, this is the message in 2007 and this is the future message to our enemies.”

Eisenkot, who at the time commanded Israel’s northern front along the Lebanese and Syrian borders, said it marked Israel’s most comprehensive attack in Syria since the 1973 Mideast war, and that everyone involved knew it could spark a new one. He said only a handful of top commanders were aware of the plans for Operation “Outside The Box.”

The military said the F-15s took off from two bases in southern Israel at 10:30 p.m. on Sept. 5, and returned four hours later.

Wednesday’s announcement also indicated the Syrian reactor was much closer to completion than previously reported.

From Israel’s perspective, the strike was an astounding success since it not only destroyed the site, but prevented further escalation and strengthened its deterrence in the region. 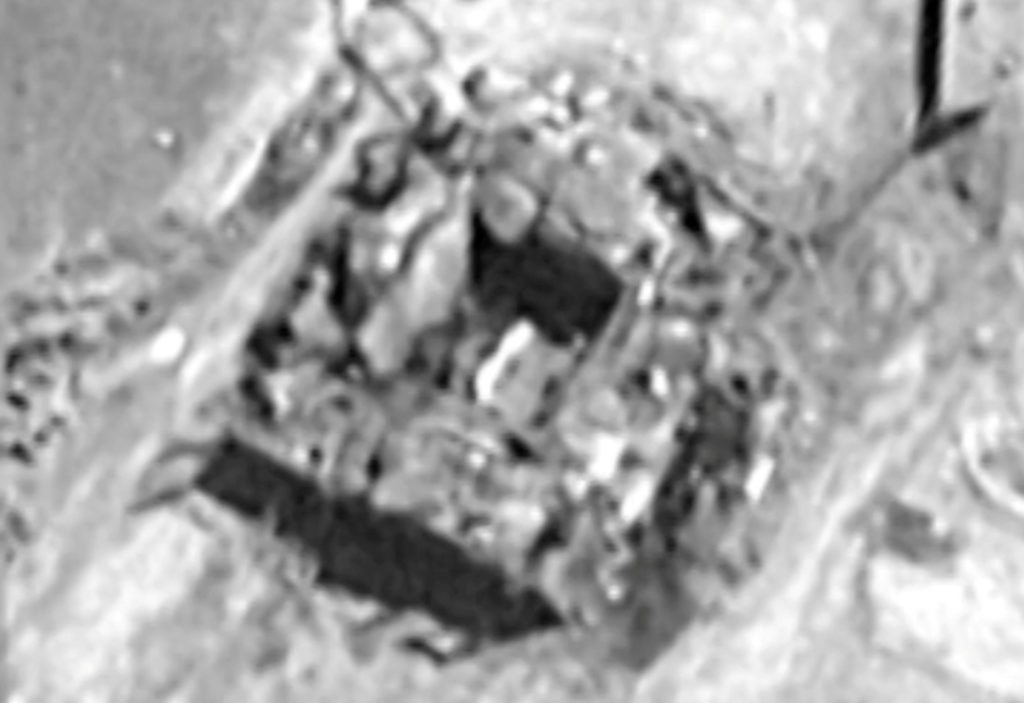 A screen grab from a video of an undated material released by the Israeli military on March 21, 2018 shows a debris seen on the site after what the military describes is an Israeli air strike on a suspected Syrian nuclear reactor site near Deir al-Zor on Sept. 6, 2007. Photo by IDF/Handout via Reuters

Air force commander Maj. Gen. Amikam Norkin said the current turmoil in Syria has further vindicated the strike, particularly since the reactor was in an area later captured by Islamic State militants.

“Imagine what situation we would be in today if there was a nuclear reactor in Syria,” Norkin said. “Israel’s decision to destroy the reactor is one of the most important decisions taken here in the last 70 years.”

Uzi Rabi, an expert on Iran at Tel Aviv University, said Israel’s surprising confirmation might be meant as a “warning sign” to Iran as it expands its military footprint in Syria. Israel has warned against the establishment of a permanent Iranian military presence in Syria, particularly in areas close to Israel.

Tzipi Livni, who was foreign minister at the time of the strike, told The Associated Press that in discussions after Israel discovered the reactor, “we asked ourselves whether Israel can, or is, willing to live with this.”

In his memoir, “Decision Points,” former President George W. Bush said Israel first asked the United States to bomb the site, and then carried out an attack itself when Washington declined.

The strike came about a year after Israel’s inconclusive war against Hezbollah, in which the Lebanese guerrillas battled Israel’s army to a stalemate. The poor performance raised questions about Israel’s deterrent capabilities.

“Prime Minister Olmert’s execution of the strike made up for the confidence I had lost in the Israelis during the Lebanon war,” Bush wrote, adding that the Israeli leader rejected a suggestion to go public with the operation.

“Olmert told me he wanted total secrecy. He wanted to avoid anything that might back Syria into a corner and force Assad to retaliate. This was his operation, and I felt an obligation to respect his wishes,” Bush wrote.

Olmert has skirted around the issue, and military censors, for years, repeatedly saying that according to foreign sources Israel had been involved. After Bush’s account was published in 2010, Olmert said: “I don’t want (to), and I can’t deny it.”

Olmert, who was prime minister from 2006 until 2009 and was recently released from prison after serving time for corruption, is expected to delve more deeply into the issue in his upcoming book. The disclosure looks to help rehabilitate at least part of Olmert’s tarnished image while damaging the legacy of his longtime rival, then-Defense Minister Ehud Barak, who was reportedly hesitant to strike in Syria.