A military revolt that began in the Ivory Coast this week in protests over pay and spread to a several cities over two days ended on Saturday, the country’s president said.

Ivory Coast President Alassane Ouattara said the government had agreed to address demands made by the soldiers including “bonus payments and living and working conditions,” Reuters reported.

The revolt began on Friday in the nation’s second-largest city of Bouake before spreading to Abidjan, Man, Toulepleu, Bondoukou on Saturday, after military members demanded salary increases.

“It’s calm for the moment, but we are more and more afraid,” one Abidjan resident told the Associated Press.

An unidentified diplomat in Abidjan told Reuters that soldiers built barriers near the city’s military headquarters and fired shots in the air inside the national defense ministry’s compound. Another witness located in the city of Man said civilians remained indoors as soldiers moved through the streets. 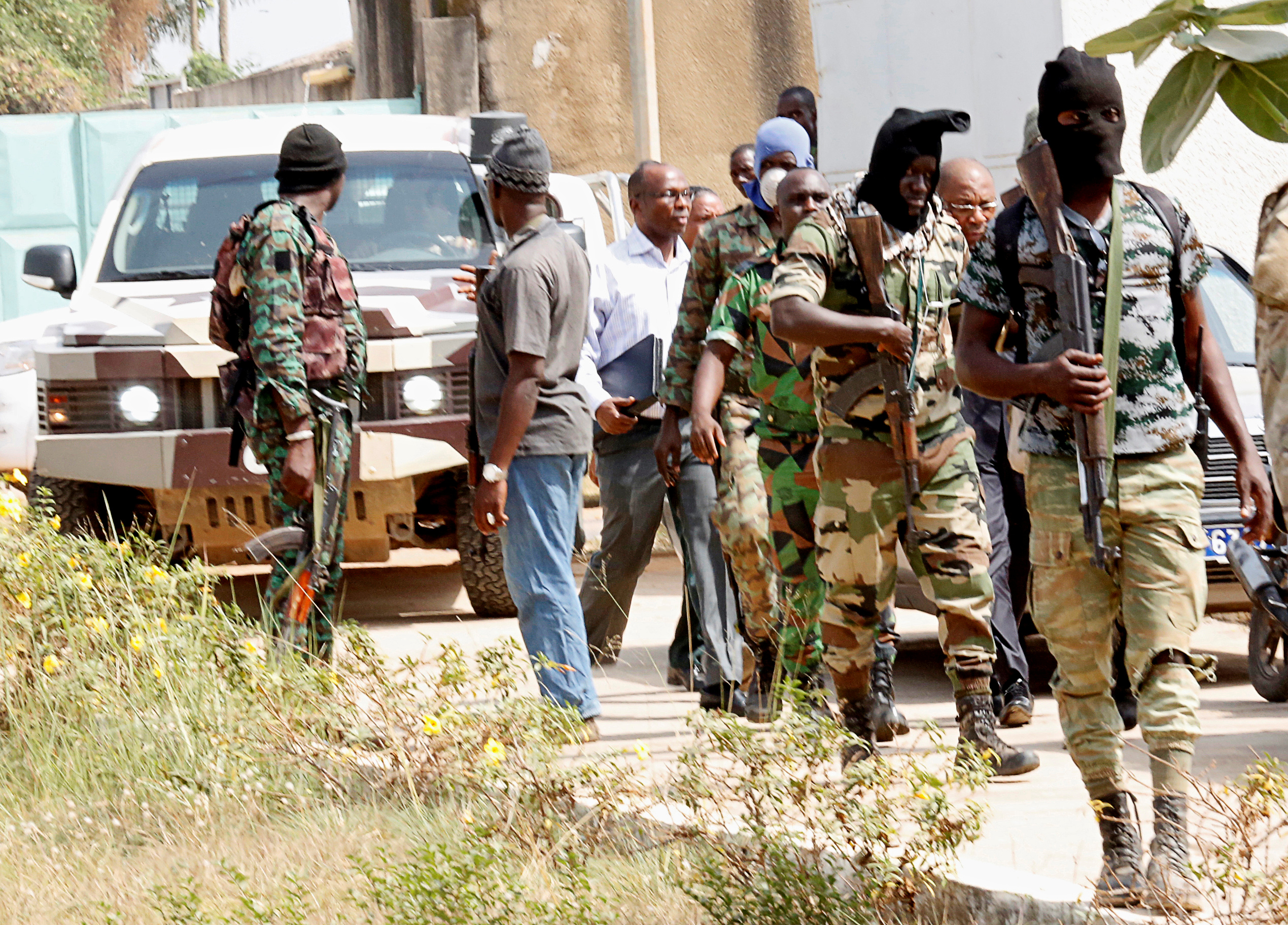 There were no reports of causalities, according to the BBC. Ivory Coast Defense Minister Alain-Richard Donwahi traveled to Bouake to speak with the soldiers.

“I am there to reassure them, as the president asked me to,” Donwahi told Reuters.

In 2014, after the military launched a similar protest, the government issued payouts to soldiers in order to deescalate the insurrection. The country ended a decade-long civil war in 2011, and some former members of rebel faction reportedly later joined the government’s military.

The U.S. and France issued travel advisories to embassy staff members located in the country.

Left: A mutinous soldier is seen at a checkpoint in Bouake, Ivory Coast January 6, 2017. Photo By Thierry Gouegnon/Reuters