The three Americans chiefly responsible for overpowering an armed attacker on a Thalys high-speed train recounted the harrowing takedown for reporters at a press conference held Sunday in Paris.

“He seemed like he was ready to fight to the end, and so were we.”The vacationing friends, Spencer Stone, a U.S. airman, Alek Skarlatos, a national guardsman, and Anthony Sadler, a student, said they simply acted instinctively when they saw a heavily-armed man enter their train car.

Stone said he was motivated “to survive” when he rushed the gunman. “He seemed like he was ready to fight to the end, and so were we,” he said.

“Alek just hit me on the shoulder and said, ‘Let’s go,'” Stone recounted. “All three of us started punching him while he was in the middle of us.”

Stone sustained injuries to the neck and hand during the struggle, including a nearly severed thumb. He was treated at a hospital in the northern French city of Lille and was released on Saturday.

The man behind the thwarted attack was tentatively identified by officials on Saturday as 26-year-old Ayoub El-Khazzani of Morocco.

The suspect was reportedly flagged to French authorities last year as a man who had joined “the radical Islamist movement.” Officials believe he lived in Spain and Belgium and may have also traveled to Syria.

His lawyer, Sophie David, told BFMTV that her client was “dumbfounded” by accusations that he was motivated by radical Islamist beliefs and instead was planning to rob passengers on the Paris-bound train. 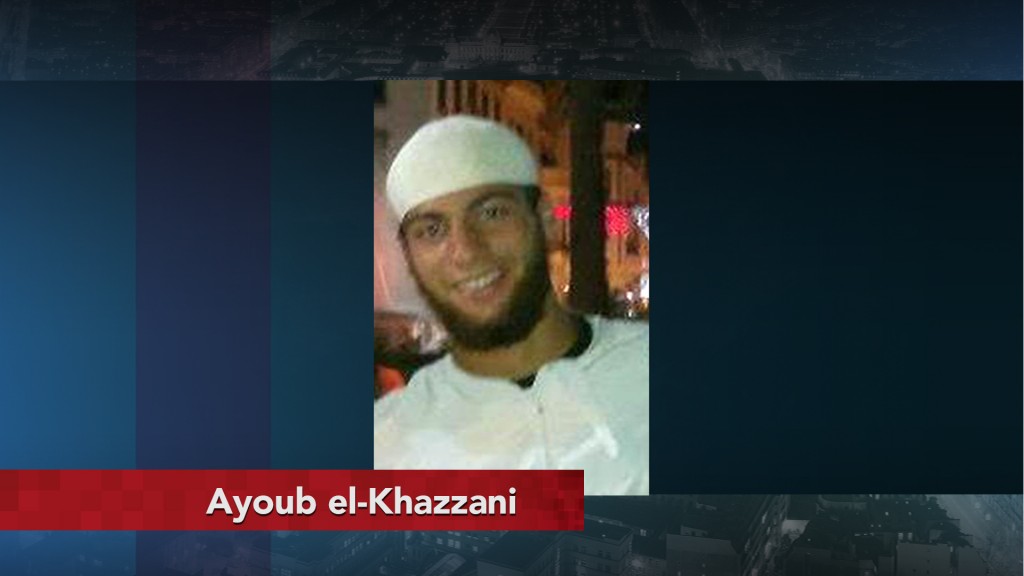 “He decided to get on a train that some other homeless people told him would be full of wealthy people traveling from Amsterdam to Paris and he hoped to feed himself by armed robbery,” David said.

The gunman was heavily armed, carrying a Kalashnikov assault rifle and automatic pistol, both with ammunition clips, as well as a box cutter knife.

It is this small arsenal that caused many, including Skarlatos, to question whether he truly intended to rob passengers.

“The guy had a lot of ammo. His intentions seemed pretty clear,” he said.

Left: U.S. ambassador to France Jane Hartley stands with Anthony Sadler, Spencer Stone and Alek Skarlatos (L to R) as they attend a ceremony at the U.S. Embassy in Paris, France on August 23, 2015. Photo by Regis Duvignau/Reuters