CAIRO — An airstrike slammed into a military academy in Libya’s capital, Tripoli, on Saturday, killing at least 16 people, most of them students, health authorities said.

Malek Merset, a spokesman with the Tripoli-based health ministry, told The Associated Press that the airstrike took place in the capital’s Hadaba area, just south of the city center where fighting has been raging for months.

He said the strike also wounded at least 37 others, who were taken to nearby hospitals for urgent treatment. 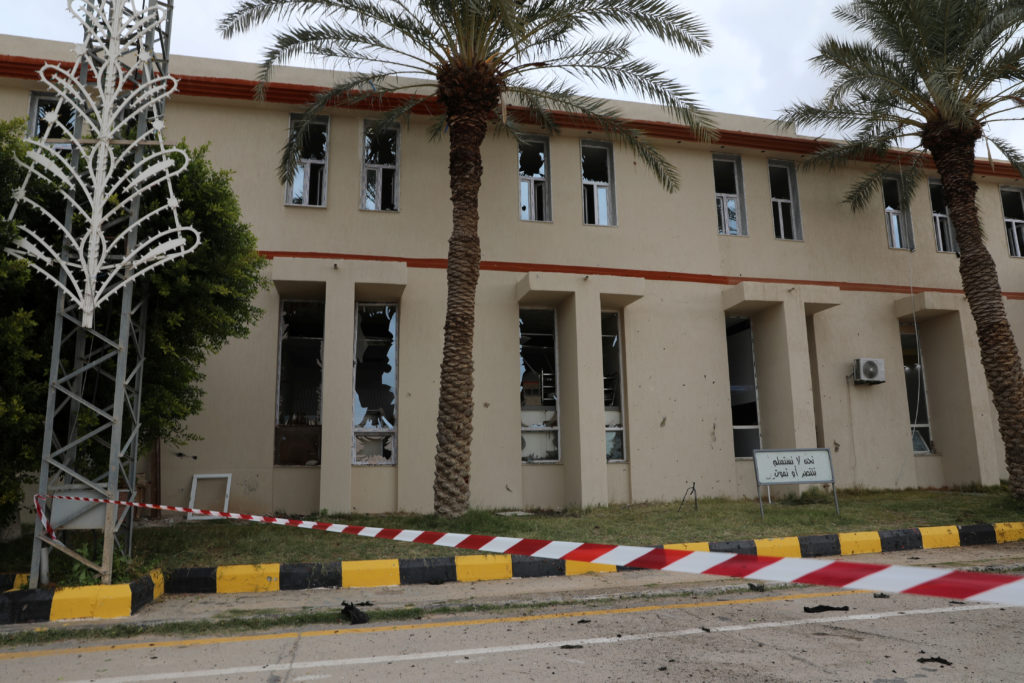 A damaged building is seen following an attack on a military academy in Tripoli, Libya, on January 5, 2020. Photo by Ismail Zitouny/Reuters

Tripoli has been the scene of fighting since April between the self-styled Libyan National Army led by Gen. Khalifa Hifter and an array of militias loosely allied with the weak but U.N.-supported government that holds the capital.

The fighting escalated in recent weeks after Hifter declared a “final” and decisive battle for the capital after Tripoli authorities signed military and maritime agreements with Turkey, whose parliament authorized the deployment of troops to Libya.

Footage shared online Saturday showed wounded people with bandages and blood on their legs being treated in a hospital. 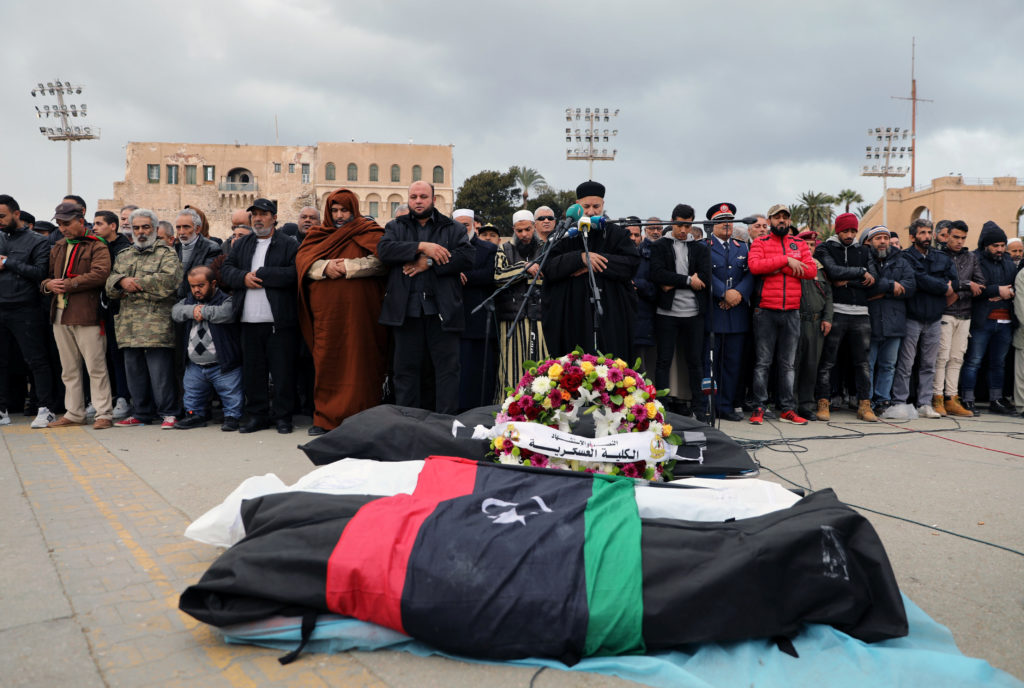 Libyan people mourn during the funeral of people who were killed in an attack on a military academy in Tripoli, Libya, on January 5, 2020. Photo by Ismail Zitouny/Reuters

The Tripoli-based government blamed the airstrike on the Libyan National Army. There was no immediate comment from the LNA.

Hifter launched a surprise military offensive April aimed at capturing Tripoli despite commitments to attend a national conference weeks later aimed at forming a united government and moving toward elections.

The fighting has threatened to plunge Libya into violent chaos rivaling the 2011 conflict that ousted and later killed leader Moammar Gadhafi.

While Hifter’s LNA and the eastern government enjoy the support of France, Russia, Jordan, the United Arab Emirates, and other key Arab countries, the Tripoli-based government is backed by Turkey, Italy and Qatar.

Left: A Libyan man mourns during the funeral of people who were killed in an attack on a military academy in Tripoli, Libya, on January 5, 2020. Photo by Ismail Zitouny/Reuters