New protests broke out across the Muslim world on Saturday, as tens of thousands of demonstrators took to the streets over President Donald Trump’s decision last week to formally recognize Jerusalem as the capital of Israel.

The move has drawn consternation from global leaders and caused unrest in the Palestinian Territories and around the world, from Indonesia and Malaysia to Morocco and Turkey. 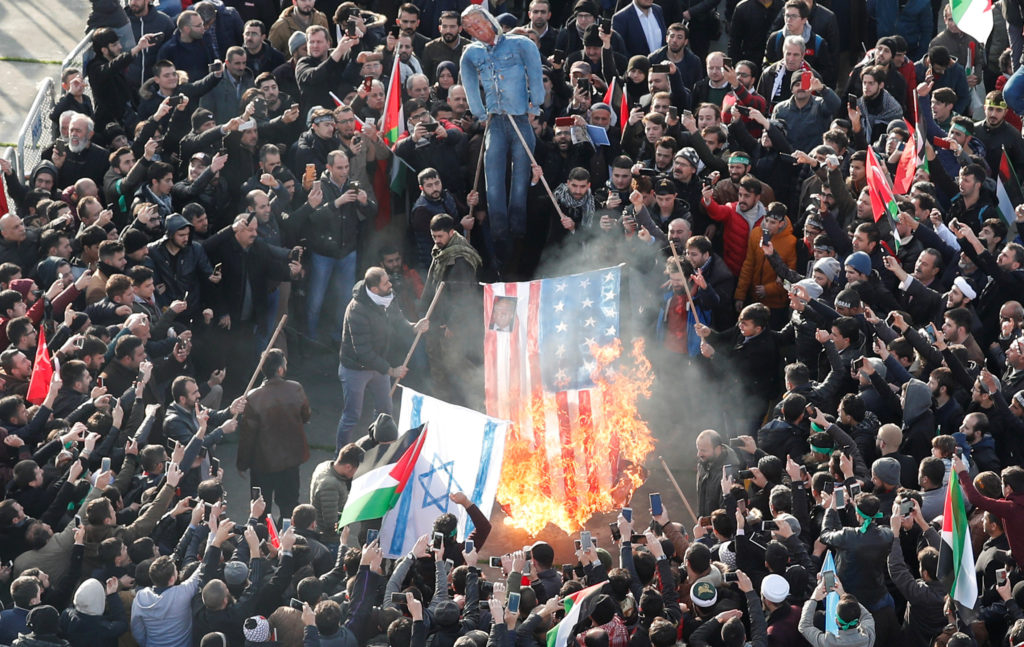 Demonstrators set U.S. and Israeli flags on fire during a protest against U.S. President Donald Trump’s recognition of Jerusalem as Israel’s capital, in Istanbul, Turkey December 10, 2017. Photo By Osman Orsal/Reuters

An Israeli guard was stabbed on Saturday in Jersualem as Israel’s Prime Minister Benjamin Netanyahu launched a visit to Europe to defend President Trump’s decision. 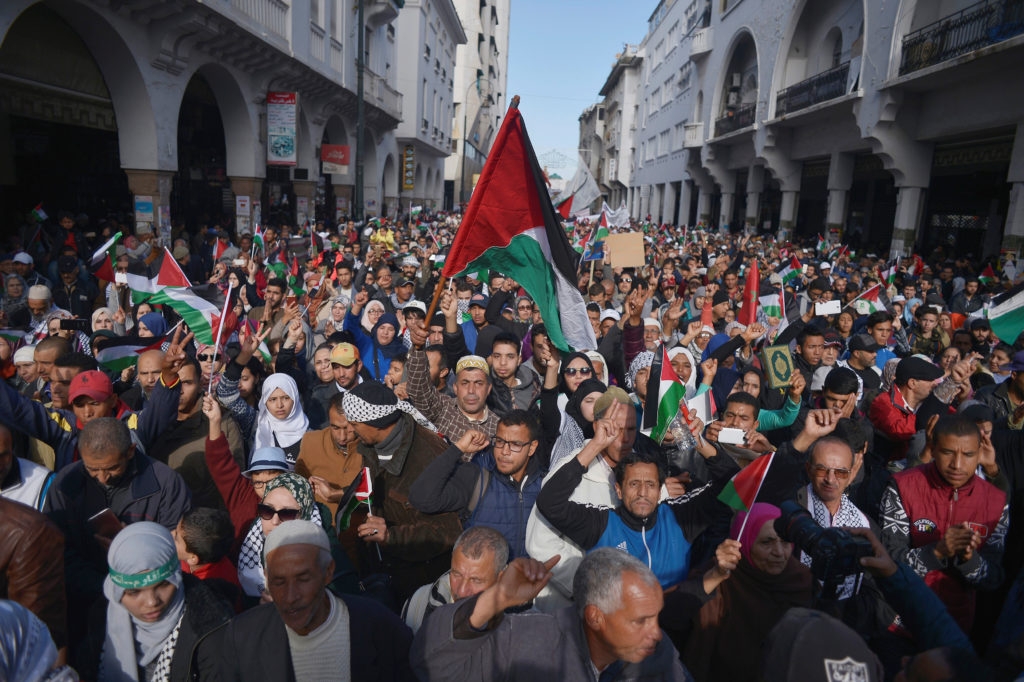 Demonstrators wave Palestinian flags during a protest against the U.S. intention to move its embassy to Jerusalem and to recognise the city of Jerusalem as the capital of Israel, in the city of Rabat, Morocco, December 10, 2017. Photo By Stringer/Reuters

Netanyahu’s travels follow several days of violence that killed four Palestinians, who continue to demonstrate in the West Bank and Gaza. On Sunday, the Israeli military said it had destroyed a tunnel that ran into southern Israel. 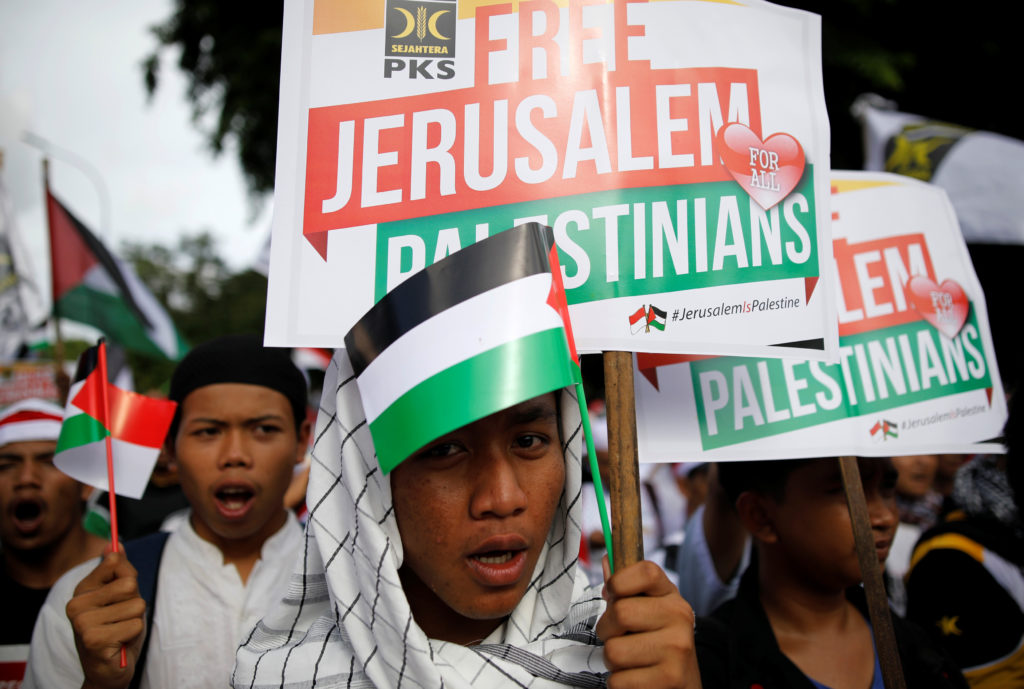 Protesters hold a rally outside the U.S. embassy in Jakarta, Indonesia, to condemn the U.S. decision to recognise Jerusalem as Israel’s capital, December 10, 2017. Photo By Darren Whiteside/Reuters

An estimated 10,000 Indonesian’s protested in the city of Jakarta on Sunday near the U.S. Embassy, according to the New York Times. Indonesia is the world’s most populated Muslim country. Indonesian President Joko Widodo said Trump’s recognition of Jerusalem as Israel’s capital was a violation of United Nations resolutions. 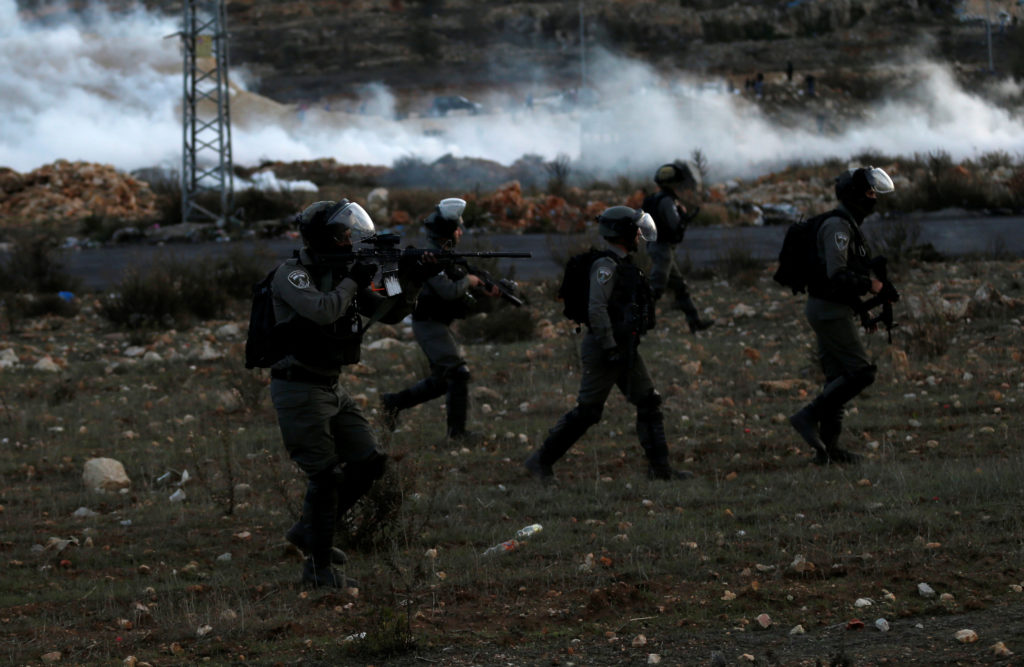 An Israeli border policeman points his weapon during clashes with Palestinians at a protest against U.S. President Donald Trump’s decision to recognize Jerusalem as Israel’s capital, near the Jewish settlement of Beit El, near the West Bank city of Ramallah December 10, 2017. Photo By Mohamad Torokman/Reuters

Trump also announced plans to move the U.S. embassy from Tel-Aviv to Jerusalem, a decision that prompted an international outcry.

European nations also chimed in to criticize the decision, including Germany and France, while several extremist groups such as the Taliban said they would seek to to draw bloodshed in response.

Left: A Palestinian kicks a burning tire during clashes with Israeli troops at a protest against U.S. President Donald Trump's decision to recognize Jerusalem as Israel's capital, near the Jewish settlement of Beit El, near the West Bank city of Ramallah December 10, 2017. Photo by Mohamad Torokman/Reuters