Pakistan’s prime minister pledges to fight on after Parliament ouster

ISLAMABAD (AP) — The ouster of Prime Minister Imran Khan in a parliamentary no-confidence vote early Sunday set Pakistan on an uncertain political path, with Khan calling on supporters to take to the streets in protest and the political opposition preparing to install his replacement.

Khan was brought down after a day of drama and often vitriolic remarks. His supporters accused Washington of orchestrating his ouster and his party walked out of Parliament shortly before the vote. In the end, 174 lawmakers in the 342-seat Parliament voted to depose him, two more than the required simple majority.

Khan’s successor is to be elected and sworn in by Parliament on Monday. The leading contender is Shahbaz Sharif, a brother of disgraced former prime minister Nawaz Sharif.

Shahbaz Sharif heads the largest party in a diverse alliance of opposition factions that span the spectrum from the left to radically religious. Khan’s nominee for prime minister will be his foreign minister Shah Mahmood Qureshi. 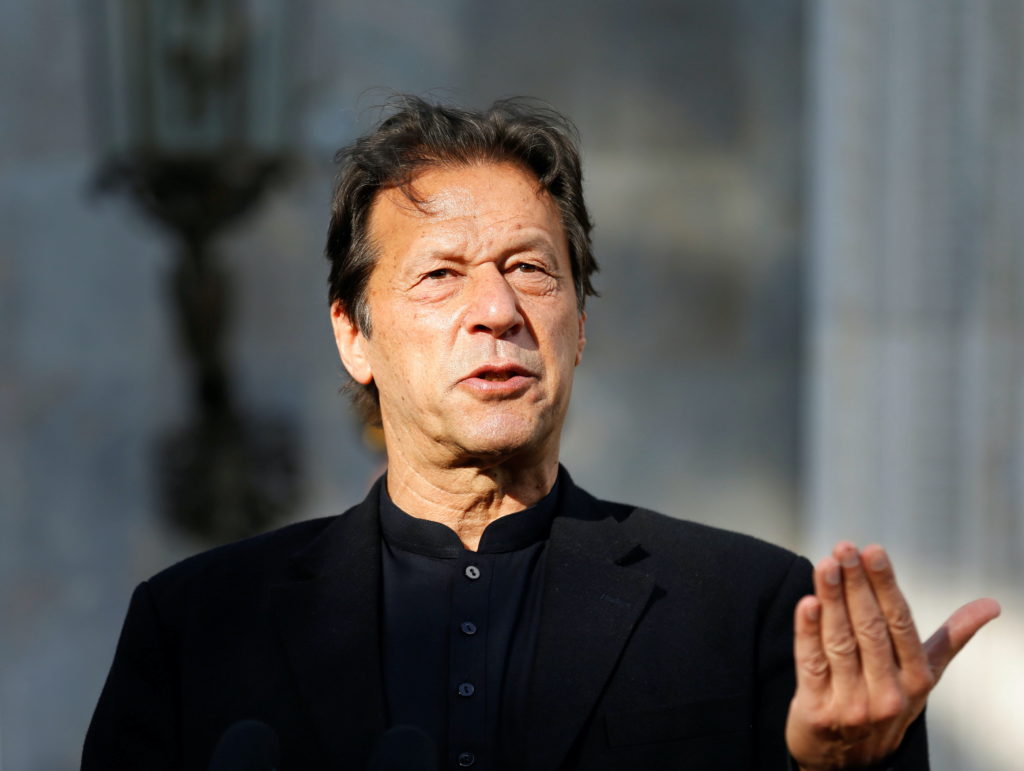 Khan’s ouster comes amid his cooling relations with the powerful military and an economy struggling with high inflation and a plummeting Pakistani rupee. The opposition has charged Khan’s government with economic mismanagement.

Khan has claimed the U.S. worked behind the scenes to bring him down, purportedly because of Washington’s displeasure over his independent foreign policy choices, which often favor China and Russia. He has occasionally defied America and stridently criticized America’s post 9/11 war on terror. Khan said America was deeply disturbed by his visit to Russia and his meeting with Russian President Vladimir Putin on Feb. 24, the start of the devastating war in Ukraine.

The U.S. State Department has denied his allegations.

Elizabeth Threlkeld, a Pakistan expert at the U.S.-based The Stimson Center, said that even as prime minister, Khan often played the role of opposition leader.

“His removal would see him to a role he knows well, armed with a narrative of victimhood from unfounded claims of international interference,” she said. “His base will remain loyal, though I expect both his controversial attempt to remain in power and reduced military backing will lose him less committed supporters.”

Khan would seem to have few options going forward.

General elections are not scheduled before August 2023. Even if the new prime minister favors early elections, this would likely not happen before October. The Pakistan Election Commission, which oversees polls, told the Supreme Court last week it had still to finish re-aligning constituencies in line with the results of a 2017 census before polls could be held.

In the aftermath of Sunday’s vote, giant steel containers stacked on top of each other blocked main roads leading to Parliament and to the diplomatic enclave in the capital of Islamabad. Khan has called on his supporters to gather late Sunday, after the end of the daily dawn-to-dusk fast during the Muslim holy month of Ramadan.

Michael Kugelman, deputy director of the Asia Program at the Washington-based Wilson Center, predicted a turbulent time ahead for Pakistan.

“Khan’s defeat would also leave Pakistan a bitterly partisan and divided place. He has not only intensified political rivalries, he has also defied and alienated key entities like the Army Chief and Pakistan’s foreign office,” said Kugelman. “It will take time for the country to pick up the pieces, and the coming months will be politically turbulent.” 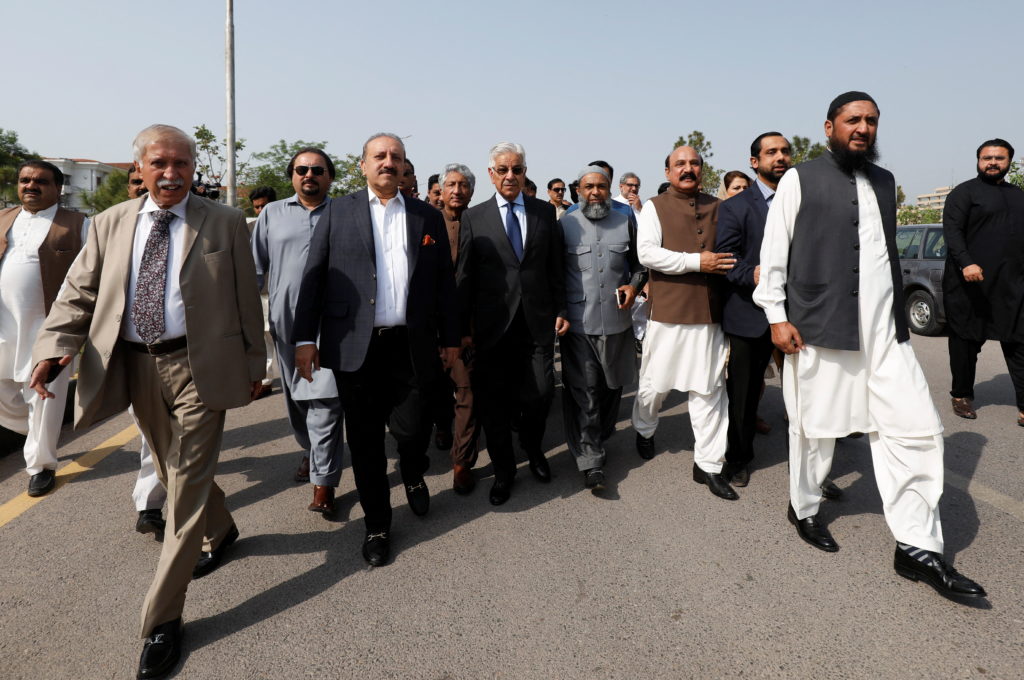 Pakistani lawmakers of the united opposition walk towards the parliament house building to cast their vote on a motion of no-confidence to oust Prime Minister Imran Khan, in Islamabad, Pakistan April 3, 2022. Photo by Akhtar Soomro/Reuters.

Sunday’s vote capped a week-long constitutional crisis that had mesmerized the nation. It began last Sunday when Khan sought to sidestep the no confidence vote by dissolving Parliament and calling early elections, It was then left to the Supreme Court to sort, eventually ruling to reinstate Parliament and demand the vote be he.

Khan has won international praise for his handling of the COVID pandemic opting for so called “smart lockdowns” where outbreaks occurred rather than countrywide closures that helped protect some industries like the construction sector. His reputation for fighting corruption has brought a record $21 billion in deposits from overseas Pakistanis.

But he has not been able to overcome an increasingly strained relationship with the army, which has ruled Pakistan directly for more than half its 75-year history and indirectly from the sidelines when civilian governments ruled.

Khan’s opponents say the army helped him win the 2018 elections after it had fallen out with Nawaz Sharif, who was convicted of corruption after being named in the so-called Panama Papers. These papers are a collection of leaked secret financial documents showing how some of the world’s richest hide their money and involving a global law firm based in Panama.

Pakistan’s Supreme Court disqualified Sharif from holding office. He lives in London in self-imposed exile after being convicted in a Pakistani court of corruption. He was sentenced to 10 years in jail.

Fissures in Khan’s relationship with the army began last November after he squabbled with the powerful Army Chief Gen. Qamar Javed Bajwa over the appointment of the new intelligence chief.

Left: Supporters of former Pakistani Prime Minister Imran Khan chant slogans as they protest after he lost a confidence vote in the lower house of parliament, in Islamabad, Pakistan April 10, 2022. Photo by Akhtar Soomro/Reuters.