LONDON — Queen Elizabeth II marked her official birthday Saturday with the annual Trooping the Color parade, a traditional display of British pageantry at its very best.

About 1,400 soldiers in ceremonial scarlet coats and bearskin hats marched past the queen in a ceremony on Horse Guards Parade in Westminster. Royals taking part included Prince Charles, Prince William and his wife Kate, and Prince Harry and his wife Meghan — who appeared in her first public outing since giving birth to their son, Archie, to watch the birthday fly-past of military aircraft.

Baby Archie did not appear, but another young royal almost stole the queen’s limelight when he made his debut on Buckingham Palace’s balcony. One-year-old Prince Louis, the youngest child of the Duke and Duchess of Cambridge, waved frantically at the first of the helicopters in the show. 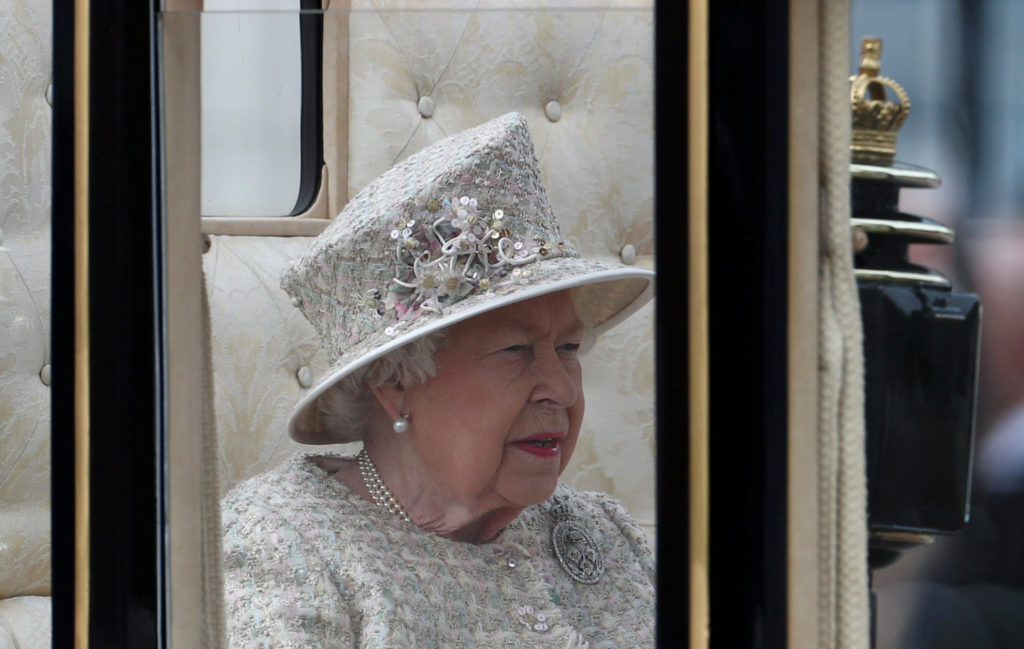 The queen marks her birthday twice a year — an official ceremony is always held in June, in hopes of holding the parade in good weather. Her actual birthday, on April 21, is usually celebrated with close family only.

Thousands of spectators lined the parade ground and gathered in nearby St. James’s park to watch the spectacle in sparkling sunshine. They then walked down the road leading to Buckingham Palace, gathering at the gates to honor the monarch ahead of the fly-past, the punctuation mark of the annual event. 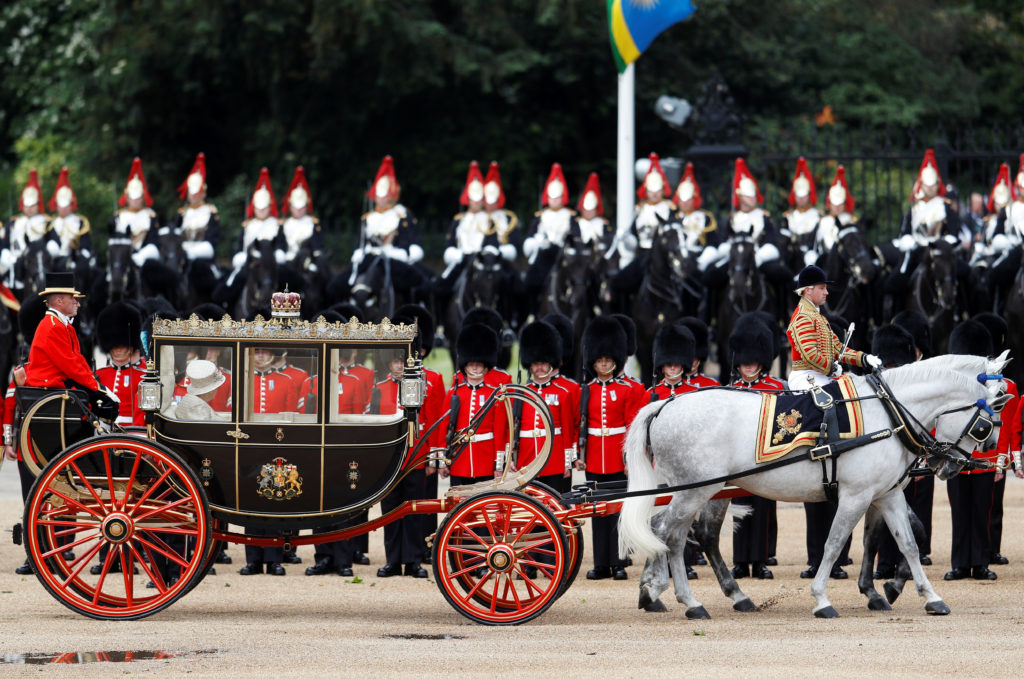 It’s been a big week for the monarch. Demonstrating the close link between the monarchy and the armed forces, she was the center of ceremonies marking the 75th anniversary of the D-Day landings, the invasion of France that marked the beginning of the end of the Nazis.

But if the 93-year-old sovereign was tired, it didn’t show. She waved and smiled as she emerged on the balcony and the crowd roared.

The ceremony originated from traditional preparations for battle. The colors — or flags — were “trooped,” or carried down the lines of soldiers, so they could be seen and recognized in battle. The regimental flag being paraded this year is from the 1st Battalion Grenadier Guards.

Left: Britain's Queen Elizabeth along with other members of the British royal family, waves from the balcony of Buckingham Palace as part of Trooping the Colour parade in London, Britain June 8, 2019. Photo By Hannah Mckay/Reuters