MANAGUA, Nicaragua — Pope Francis has expressed deep worry over deadly violence in Nicaragua fueled by protests and he’s pressing for a peaceful solution.

Human rights advocates say that since April 18 at least 26 people have been killed in unrest over social security reforms planned by President Daniel Ortega’s government. Dozens have been injured or arrested.

Francis told people in St. Peter’s Square that he’s “very worried” about the situation in the Central American country. 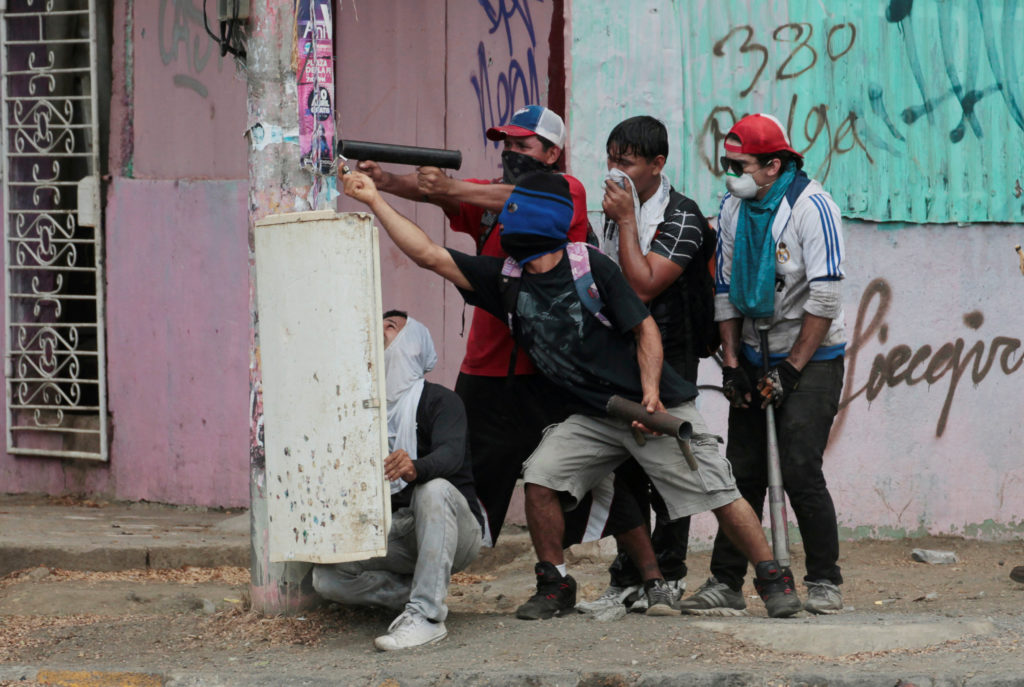 A demonstrator fires a homemade mortar towards riot police during a protest over a controversial reform to the pension plans of the Nicaraguan Social Security Institute (INSS) in Managua, Nicaragua April 21, 2018. Photo By Oswaldo Rivas/Reuters

He said he’s expressing “closeness in prayer to that beloved country” and joining local bishops in seeking an end to “every violence, that useless bloodshed is avoided and that open issues are resolved peacefully and with a sense of responsibility.”

Ortega says his government is willing to enter into talks over the dispute.