ZAGREB, Croatia — Near-complete results from Croatia’s tight presidential election showed that the conservative incumbent will face a liberal former prime minister in a runoff vote after no candidate won an outright majority on Sunday.

With more than 90% of the ballots counted, state election authorities in Croatia reported that left-wing politician Zoran Milanovic led the first round of voting with nearly 30% support. President Kolinda Grabar Kitarovic had almost 27%, followed by right-wing singer Miroslav Skoro in third place with around 24%.

The vote was held just days before Croatia takes over the European Union’s presidency for the first time. The ruling conservatives are hoping to to keep their grip on power ahead of assuming the EU chairmanship.

Some 3.8 million voters in the EU’s newest member country chose from among 11 candidates in Sunday’s election, but only the top three finishers were considered to be serious contenders. 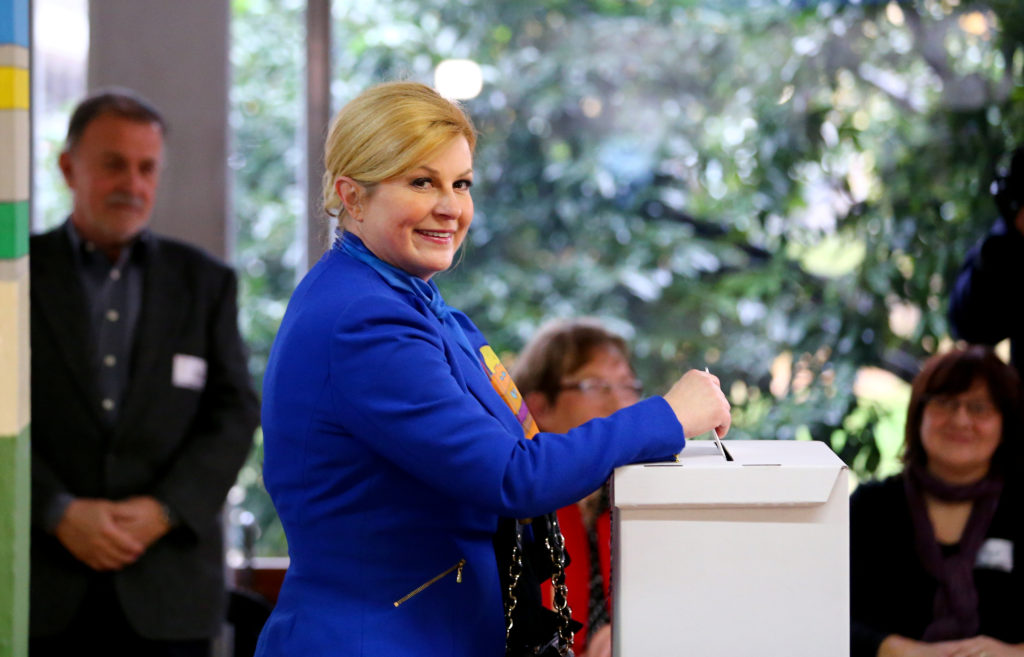 Croatian President and presidential candidate Kolinda Grabar-Kitarovic casts her ballot at a polling station during the presidential election in Zagreb, Croatia December 22, 2019. Photo by Antonio Bronic/Reuters.

Despite the election taking place on a rainy day during the holiday season, election authorities said turnout was higher than during the last presidential election in 2014. Some 100,000 more voters cast ballots by mid-afternoon compared to the same point on Election Day five years ago.

But retaining the post is important for the ruling Croatian Democratic Union party, ahead of the EU job that will include overseeing Britain’s departure from the bloc, expected on Jan. 31, and the start of post-Brexit trade talks.

Grabar Kitarovic started off her campaign looking strong but her position weakened after a series of gaffes. The 51-year-old incumbent is known for flirting with the extreme right while seeking also to portray herself as a peoples’ president.

“We are deciding in which direction Croatia will go,” Grabar Kitarovic said while voting in Zagreb, the Croatian capital. 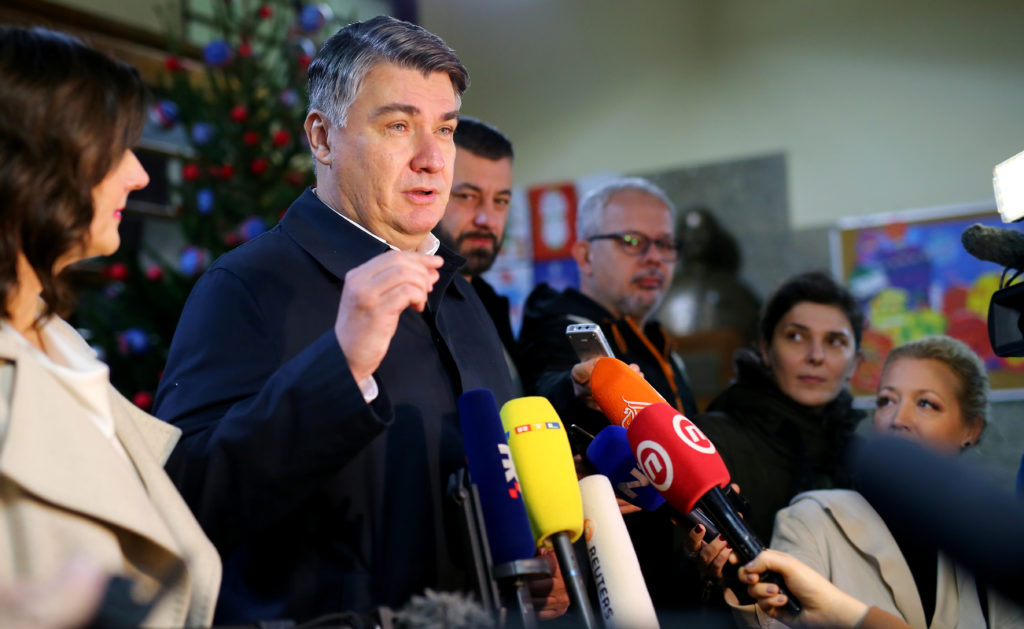 Presidential candidate Zoran Milanovic talks to the media after casting his ballot at a polling station during the presidential election in Zagreb, Croatia December 22, 2019. Photo by Antonio Bronic/Reuters.

She was still believed to have a slight lead going into the election, followed closely by Milanovic, who promised during the campaign to turn Croatia into a “normal” tolerant country. Skoro played an anti-establishment, nationalist card.

Although Croatia has recovered since the devastating 1991-95 war that followed the breakup of former Yugoslavia, it still is one of the poorest nations in the EU and corruption is believed to be widespread.

The nation of 4.2 million people is best known for its stunning Adriatic Sea coast, which includes over 1,000 islands and picturesque coastal towns such as the medieval walled city of Dubrovnik.

Critics blasted the government for setting the election date three days before Christmas, a time when many people travel abroad. The ruling HDZ party, they said, counted on the support from Croats who live abroad and normally flock home for the holidays.

After voting in Zagreb, Milanovic predicted there would be a runoff.

“We have done all we could, I have done my best,” he said. “People could see that and now it is up to them to decide.”

Skoro urged citizens not to stay at home because of the rain.

“The voters decide today about the future of our country,” he said. “Changes have to happen and people must come out to vote despite bad weather.”

Left: A woman casts her ballot at a polling station during the presidential election in Zagreb, Croatia December 22, 2019. Photo by Marko Djurica/Reuters.