In his first speech since anti-establishment protests flared across the country, Iranian President Hassan Rouhani said Sunday that people were free to protest, the Associated Press reported.

Rouhani cited the economy, allegations of corruption and government transparency as “public worries,” but added that demonstrations should not make the public “feel concerned about their lives and security.”

Two demonstrators have been killed since the protests began Thursday, and on Saturday the government restricted access to Instagram and Telegram, a popular messaging app with more than 40 million active users in Iran. The move came as anti-government protests continued to spread across the country and after protesters used social media to share and upload videos of the demonstrations.

The protests represent the largest unrest in the country since 2009, when huge rallies protested the disputed re-election of then-President Mahmoud Ahmadinejad, the Associated Press reported.

Rouhani has acknowledged worsening economic conditions in Iran, where the average citizen has become poorer by 15 percent in the last 10 years, according to a BBC Persian investigation. The protesters are also rallying against the repressive regime and its interventionist foreign policy involving wars in Iraq and Syria. 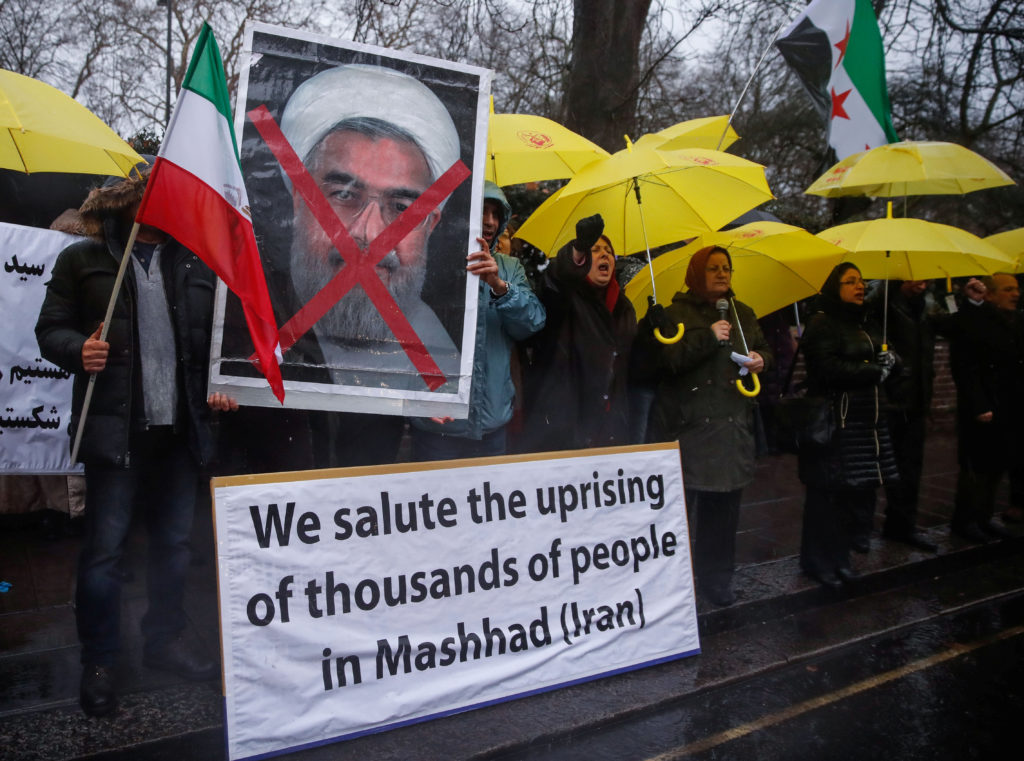 Amid calls for Supreme Leader Ayatollah Ali Khamenei to step down, demonstrators shouted “Long Live Reza Shah,” Reuters reported. The king founded the Pahlavi dynasty, which ruled from 1925 until the Iranian revolution in 1979 established the Islamic Republic, with Ayatollah Ruhollah Khomeini as the Supreme Leader.

Rouhani was re-elected on the promise of reform in May and has defended the nuclear agreement Iran reached with the U.S. in 2015, which lifted many international sanctions against Iran in return for curbing its nuclear program. While the economy has grown, thanks to renewed oil exports, little has trickled down to the masses, with inflation close to 10 percent.

Left: People protest near the university of Tehran, Iran December 30, 2017 in this picture obtained from social media. Photo via Reuters