BRASILIA, Brazil — Brazil’s President Jair Bolsonaro and Environment Minister Joaquim Leite both knew the Amazon region’s annual deforestation rate had surged before the U.N. climate talks in Glasgow, but kept results quiet to avoid hampering negotiations, according to three Cabinet ministers who spoke to The Associated Press on condition of anonymity.

Data from the National Institute for Space Research’s Prodes monitoring system released Thursday showed the Amazon lost 13,235 square kilometers (5,110 square miles) of rainforest in the 12-month reference period from August 2020 to July 2021. That’s up 22% from the prior 12-month period and the worst in 15 years.

The three ministers as well as a coordinator at the space institute that compiles the data, all of whom spoke with the AP on condition of anonymity due to concern about reprisals, said the annual deforestation report was available on the government’s information system before talks in Glasgow began on Oct 31.

Six days before that, at a meeting in the presidential palace, Bolsonaro and several ministers discussed the 2020-2021 deforestation results and determined they wouldn’t be released until after the climate conference, said the three ministers, two of whom were present. 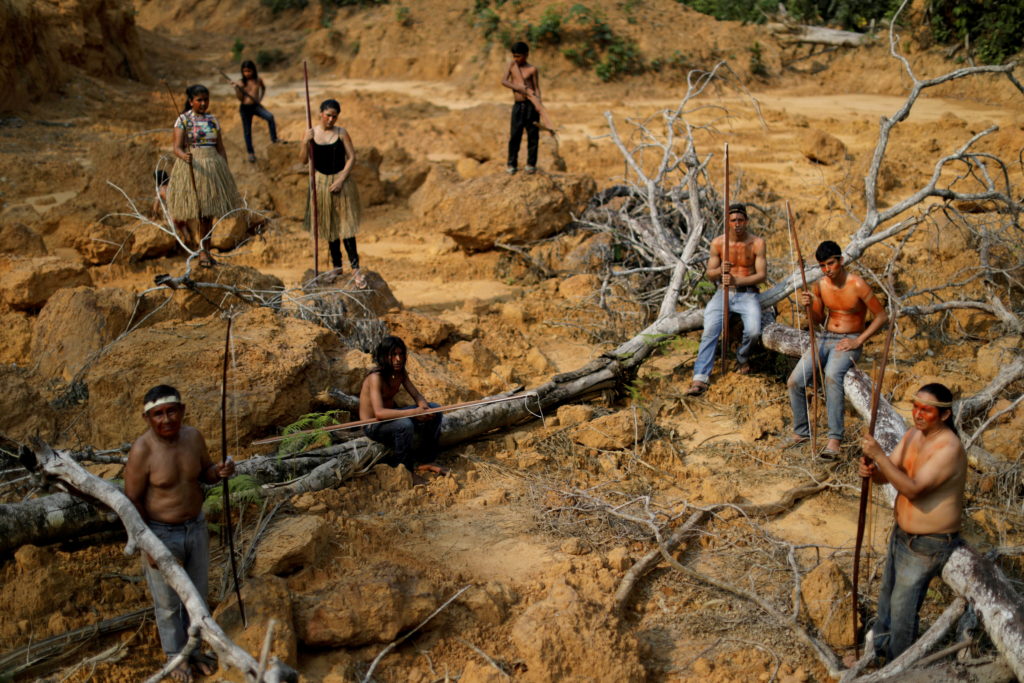 One of the two ministers who participated in the earlier meeting said the decision to withhold data was part of a strategy to recover environmental credibility abroad. This wasn’t an intent to lie, the person said, but rather a means to highlight positive developments, particularly year-on-year declines seen in preliminary deforestation data for July and August from the so-called Deter monitoring system.

Bolsonaro highlighted that same data when speaking at the U.N. General assembly in September. The Deter system in the two months since, however, has shown significant year-on-year increases.

Deter data is released monthly and considered a leading indicator for complete calculations from the more accurate Prodes system, which is based on clearer images and released once yearly. Prodes generally tracks with the Deter data.

Following release of the Prodes data on Thursday, Leite told reporters that the data doesn’t reflect the government’s heightened engagement in recent months. He also denied having seen the report’s data before going to the U.N. climate summit, where he led the Brazilian delegation.

Bolsonaro, who has long championed development of the Amazon including the mining of Indigenous territories, skipped Glasgow altogether after attending the Group of 20 meeting in Rome.

The press offices of the environment ministry and presidency didn’t respond to AP emails asking when Leite and Bolsonaro were made aware of the 2020-2021 deforestation data, nor why its publication was delayed.

In Glasgow, Leite announced Brazil’s commitment to zero illegal deforestation by 2028, up two years from the prior goal, and to reduce greenhouse gas emissions 50% by 2030 as compared to 2005 levels. U.S. climate envoy John Kerry welcomed the announcements. 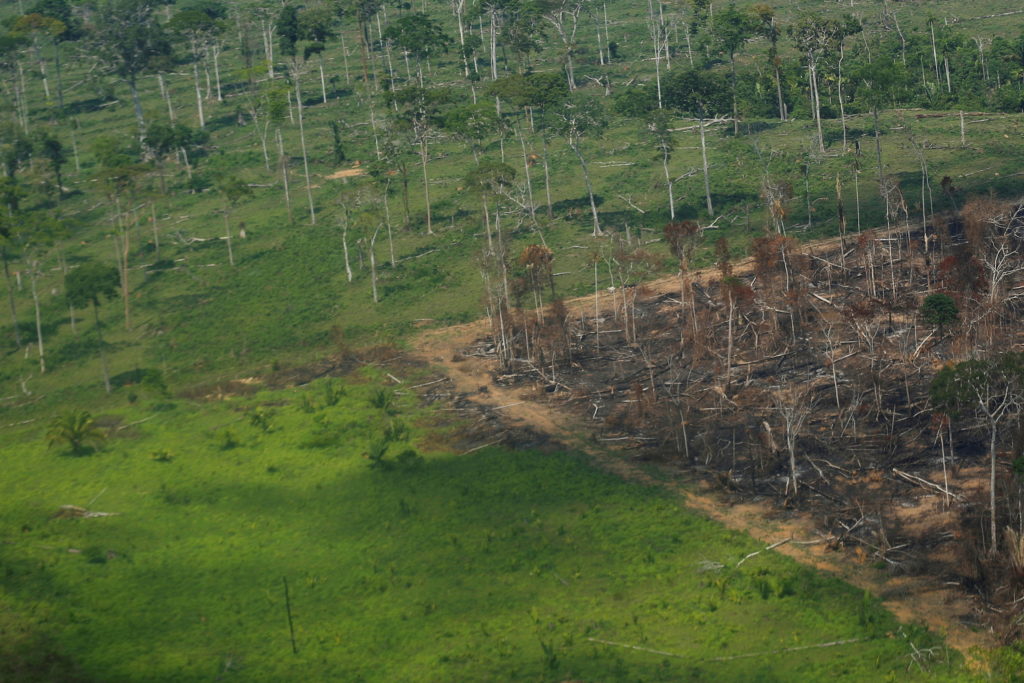 “This adds crucial momentum to the global movement to combat the #ClimateCrisis,” Kerry posted on Twitter. “Looking forward to working together!”

The latter goal has generated criticism that a recent change made to the nation’s 2005 baseline means the supposed stepped-up commitment is roughly equal to a previous pledge.

Leite also met with dozens of negotiators from other nations during the summit, seeking financing to expand Brazil’s environmental protection capabilities. He repeatedly said developed countries need to contribute significantly more funds to poorer nations to aid their effective transition to greener economies. The summit ran until Nov. 12.

Following release of the Prodes data on Thursday, the report’s Oct. 27 date instantly drew the attention of environmental watchdogs who had accused the government of greenwashing during COP26.

“There should be sanctions. Brazil assumed a posture of lying during COP, trying to sell itself as a sustainable country, but deforestation is out of control,” Cristiane Mazzetti, forest campaigner for Greenpeace Brazil, said by phone. “We had already sounded the alert before that leaders shouldn’t buy the empty promises of a government that has acted proactively to weaken environmental protection.”

The episode also underscores a lack of transparency and the dismantling of environmental governance, according to Izabella Teixeira, a former environment minister under the Workers’ Party that opposes Bolsonaro.

“The environment minister went to a climate meeting to offer Brazil’s new commitment that was immediately contradicted by the results of government policy,” Teixeira said.

Bolsonaro spoke about deforestation during a live broadcast on Facebook on Friday evening, conceding that illegal deforestation occurs, but on a far smaller scale than reported by media.

“We combat that. Some say ‘Ah, but you have to combat more.’ Do you know the size of the Amazon? How can you take care of all that?” the president said. He also said the solution is “simple”: other nations not buying illegally felled timber from Brazil.

Left: Brazil's President Jair Bolsonaro looks on during the ceremony to consolidate the Infralegal Labor Regulatory Framework, at the Planalto Palace in Brasilia, Brazil, November 10, 2021. Photo by Ueslei Marcelino/Reuters.