A short film portrays a dilapidated world, complete with a run-down PlayPlace, run by eerie Ronald McDonald lookalikes. Inhabitants are offered only one thing for breakfast — what appears to be a pathetic-looking Egg McMuffin.

The Ramones’ anti-conformity anthem “Blitzkrieg Bop” suddenly starts playing as a man and woman make a break from their grey lives, jumping over a ball pit moat to enter a new, more colorful land. There, bells ring out (subtle, Taco Bell) and a different breakfast is handed over — behold! Taco Bell’s hexagon-shaped Crunchwrap. 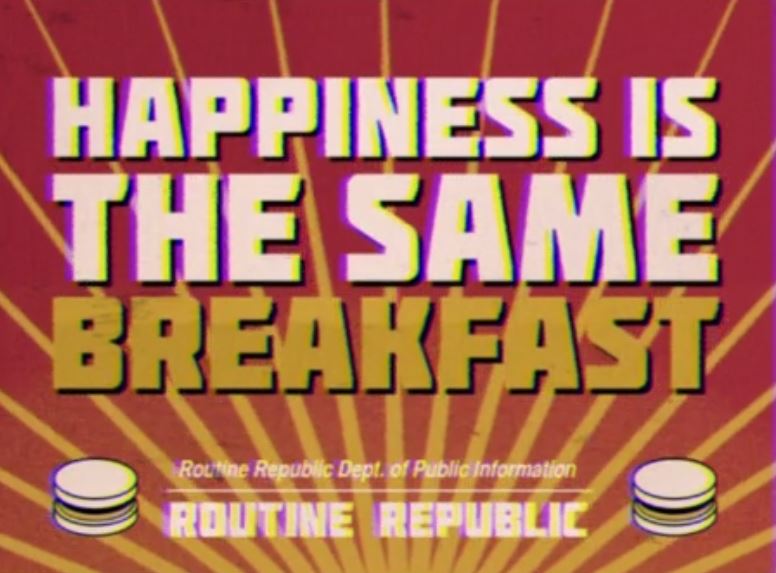 The fast-food joint also released images in the form of communist-like propaganda that repeats the message that “circle is good,” “hexagon is bad” and “routine is delicious.”

Recently, the golden-arched chain announced that within the next two years, it will serve only antibiotic-free chicken. And milk from cows not treated with artificial growth hormones will also be offered.

Both changes are meant to keep up with shifts in consumer demands.