Tens of thousands of far-right demonstrators march in Poland

Tens of thousands of people overtook an Independence Day celebration in Poland’s capital on Saturday, carrying Polish flags and espousing a white nationalist and anti-immigrant agenda that has swept through parts of Europe in recent years.

Police in Poland estimated that 60,000 people marched through the city of Warsaw, some chanting “Pure Poland, White Poland” and the event’s slogan, “We Want God.” Several far-right groups with links to anti-Semitic organizations that formed before World II helped assemble the march.

While the majority of protesters were reportedly from Poland, far-right extremists from Sweden, Hungary and Slovakia also joined the demonstration, according to the Associated Press.

White supremacist Richard Spencer, a U.S. citizen and self-described leader of the so-called “alt-right,” was reportedly set to speak at the group’s conference before he was banned by the Polish government. 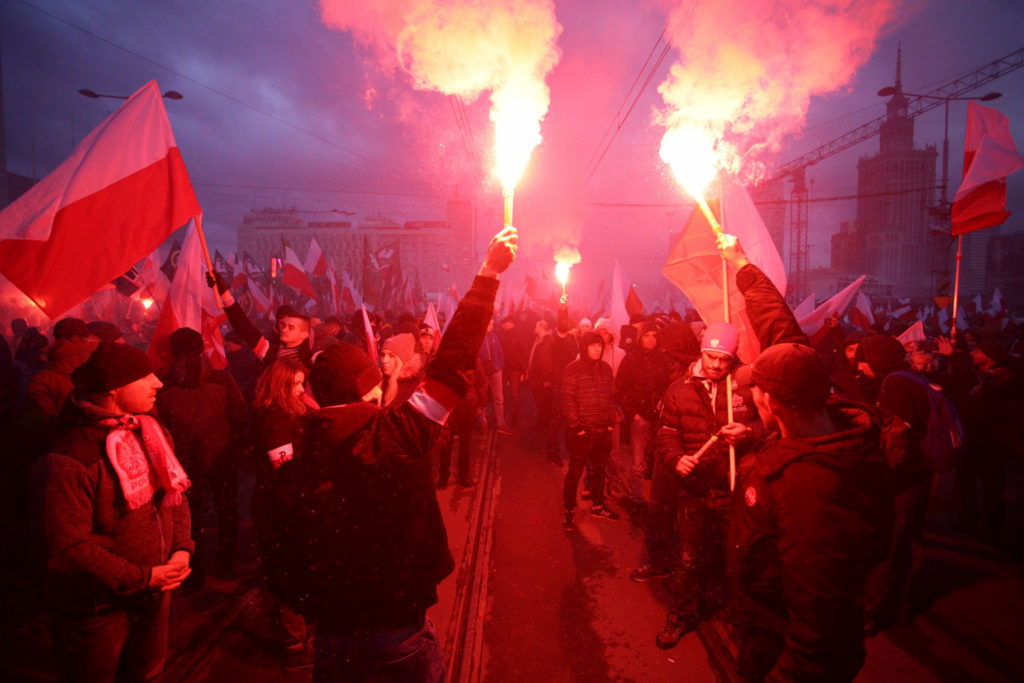 But some members of the country’s conservative coalition, including Polish Interior Minister Mariusz Blaszczak, appeared to support the march.

“We are proud that so many Poles have decided to take part in a celebration connected to the Independence Day holiday,” he said.

About 2,000 counter-demonstrators also took to the streets of central Warsaw to voice their outrage. 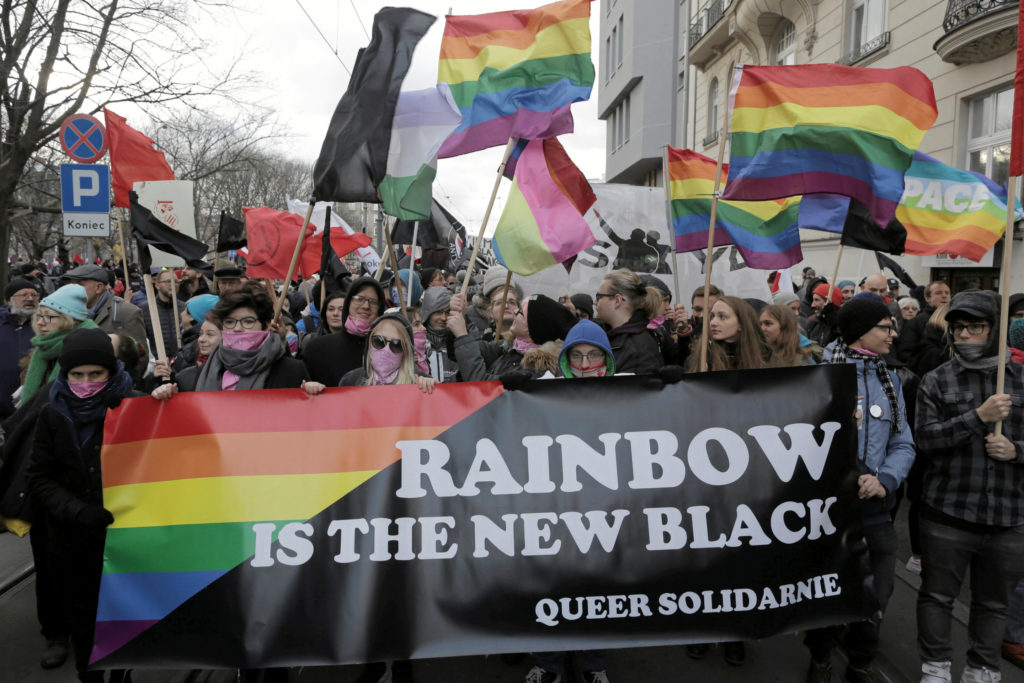 Participants hold rainbow flags as they take part in a rally, organised by Antifascist Coalition (Antifa) to mark 99th anniversary of Polish independence in Warsaw, Poland, on Nov. 11, 2017. Photo by Agencja Gazeta/Agata Grzybowska via Reuters

“Independence Day has always been and will continue to be a celebration of all Poles and not just one party,” Tusk said. “No politician in Poland has ever had nor will ever have a monopoly on patriotism.”