KABUL, Afghanistan — The U.S. military said Saturday that a service member has been killed in Afghanistan, while in a separate incident two Afghan soldiers died when their helicopter failed to land properly.

The brief U.S. military statement did not provide further details on the soldier’s identity or the time or place of death.

The two Afghan soldiers died Saturday when their helicopter made an “emergency landing” in the southern Kandahar province due to a technical problem, Defense Ministry spokesman Ghafor Ahmad Jawad said. He said two other soldiers were wounded when the helicopter caught fire after landing. The Taliban claim to have shot the helicopter down.

In the capital, Kabul, a senior religious scholar was shot and killed, said Basir Mujahid, a spokesman for the capital’s police chief. No one immediately claimed the killing of Abdul Basir Haqqani, but police arrested a man with a pistol near the scene of the shooting, Mujahid said.

He was a rare mullah who blamed intelligence "NDS" for #Kabulexplosion where more than 67 Ulema and participators killed in 12th Rabiulawal ceremony. #AFG pic.twitter.com/w8JvC2bZRV

Also Saturday, the Islamic State’s group in a statement posted on its Aamaq website claimed responsibility for the suicide attack on Friday inside an army base in eastern Khost province which killed at least 27 army soldiers.

“The attack was carried out by a suicide bomber who detonated his explosive vest among them (army soldiers),” the IS statement said, without mentioning that the attack occurred inside a mosque at the base. 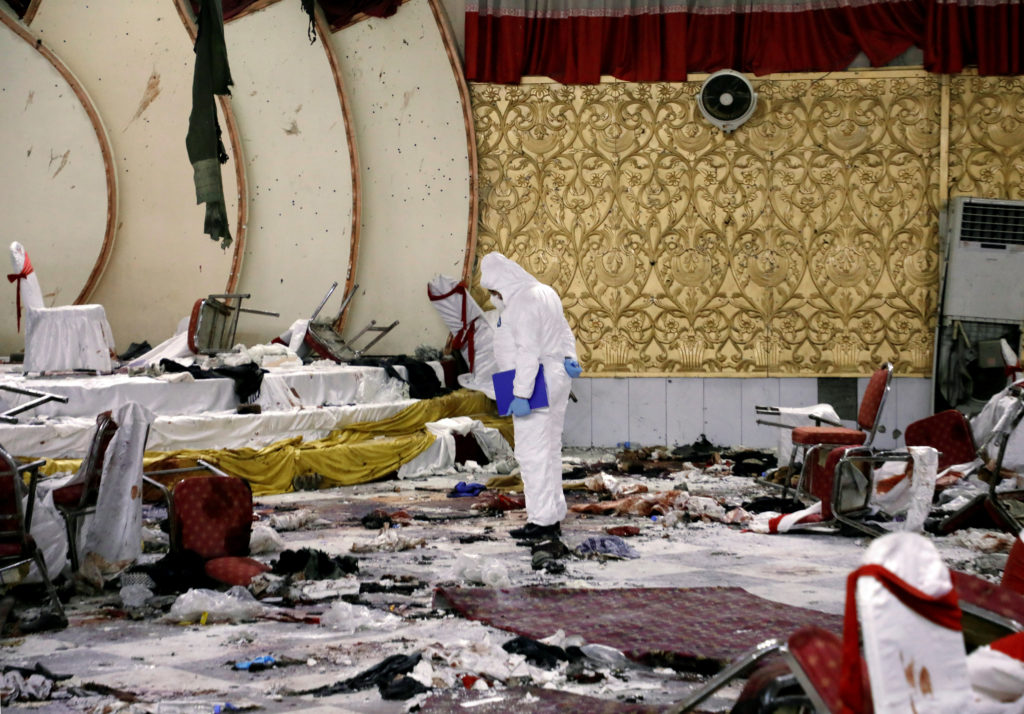 A member of Afghan security force investigates at the site of yesterday’s suicide bomb attack in Kabul, Afghanistan November 21, 2018. Photo by Omar Sobhani/Reuters 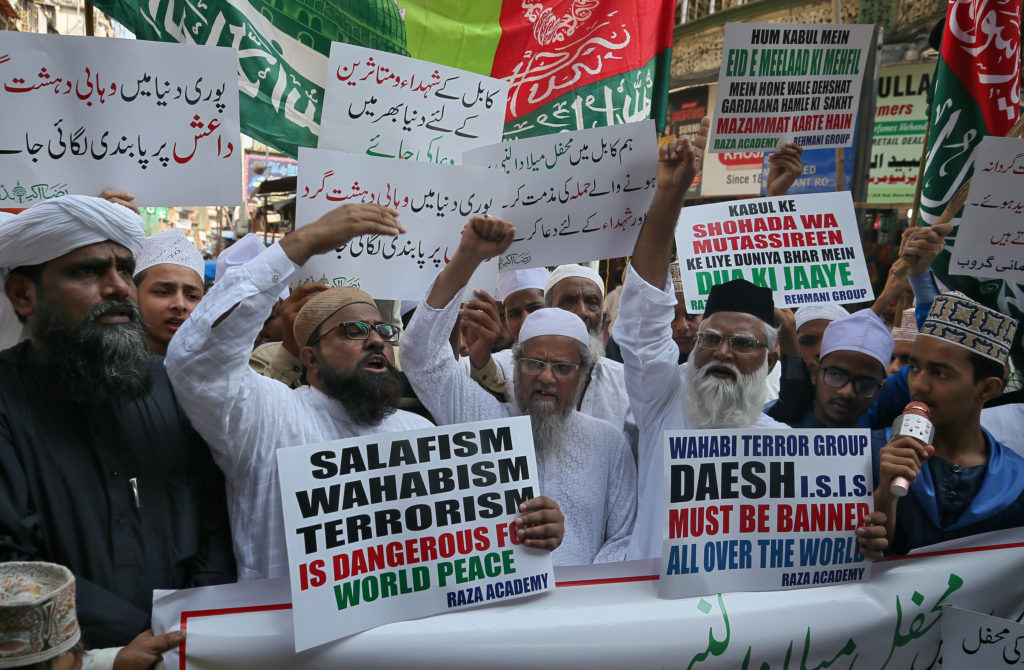 People shout slogans as they hold placards during a protest against a suicide bomb attack that killed at least 55 people at a gathering of religious scholars in Kabul on Wednesday, after Friday prayers outside a mosque in Mumbai, India, November 23, 2018. Photo by Francis Mascarenhas/Reuters

The attack came just days after a suicide bomber killed 55 religious scholars gathered in the Afghan capital, Kabul, to celebrate the holiday marking the birth of Islam’s Prophet Muhammad. The Taliban denied involvement in that bombing, which also wounded 94 people.

The U.S. and NATO formally concluded their combat mission in 2014, but still provide vital support to Afghan security forces, who have been struggling in recent years to combat a resurgent Taliban and an Islamic State affiliate. Some 15,000 U.S. soldiers are currently serving in Afghanistan.

International forces have also suffered from so-called insider attacks in recent months, in which Afghan soldiers or police have opened fire on them.

Left: An Afghan National Army (ANA) soldier keeps watch at a checkpoint on the Ghazni highway, in Maidan Shar, the capital of Wardak province, Afghanistan August 12, 2018. Photo by Mohammad Ismail/Reuters