President Donald Trump says that his one-on-one meeting with North Korean leader Kim Jong Un was “very, very good” and that the two have an “excellent relationship.”

Trump and Kim met for about 40 minutes Tuesday one-on-one, joined only by interpreters. 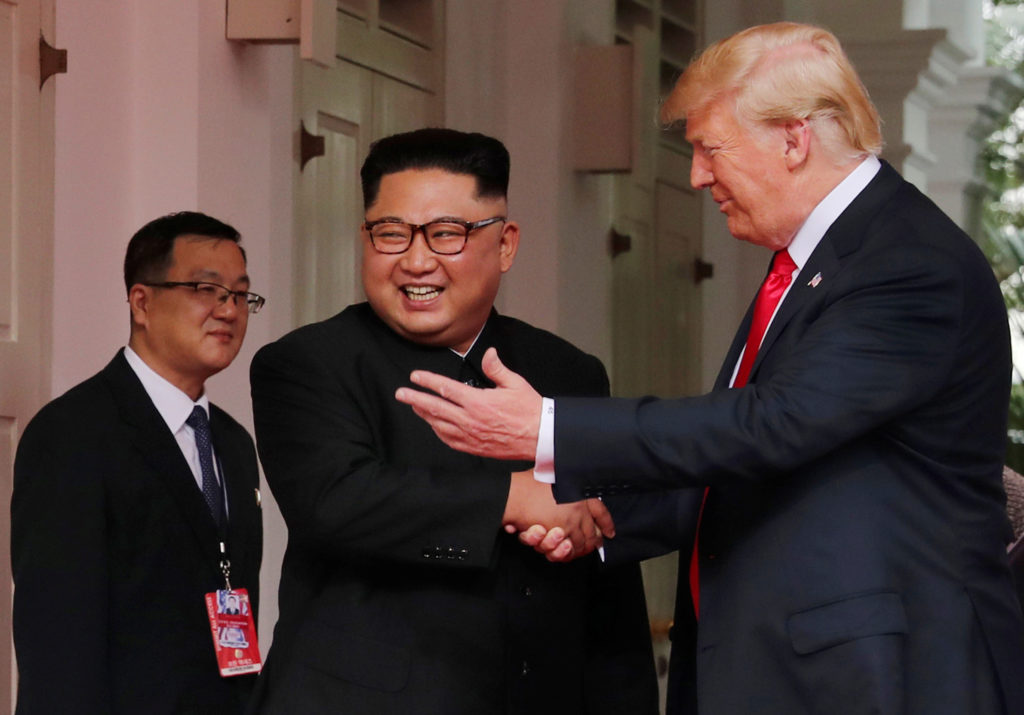 Trump made the comments as he and Kim walked together along balcony as they headed to a larger meeting with aides.

Trump was flanked in the larger meeting by chief of staff John Kelly, Secretary of State Mike Pompeo and national security adviser John Bolton. They sat across the table from Kim and his team.

READ MORE: The latest from Singapore