What is a right, and where does it come from? A right is a power or privilege that is recognized by tradition or law. Natural or human rights are inherent to human nature; they are not given by government, but neither does government always protect them. Legal rights are those recognized by government, but they can often be taken away as easily as they are given. Throughout U.S. history, many Americans have sought to protect natural rights with law. Indeed, rights form the core of the American experience. As noted by the Commission on the Bicentennial of the United States Constitution: “America has always been about rights. . . . While many nations are based on a shared language or ethnic heritage, Americans have made rights the foundation of their national identity.”

Rights... have we gone too far?

Have we gone too far in claiming rights? 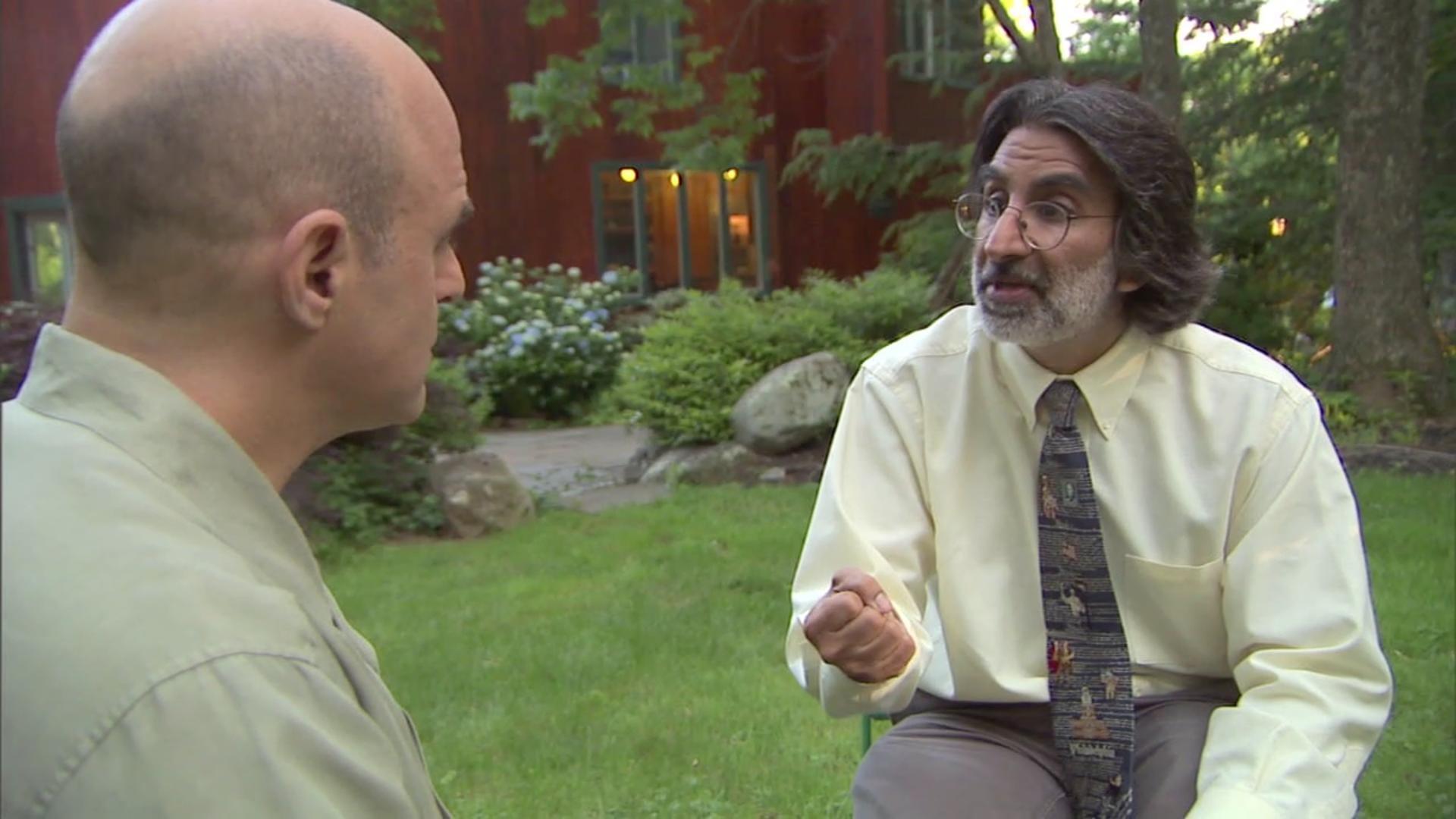 Constitution USA with Peter Sagal
Rights... have we gone too far? 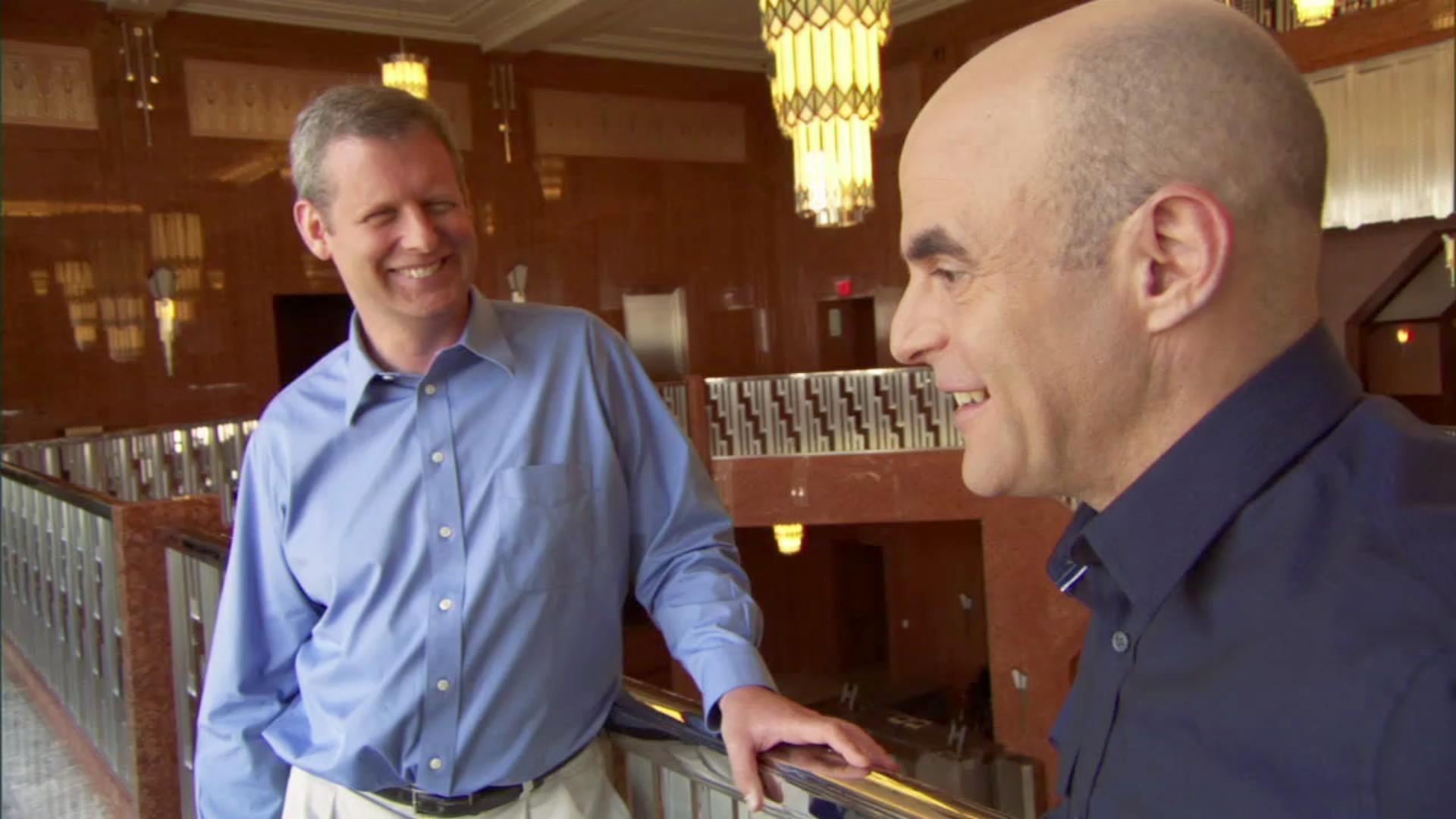 Constitution USA with Peter Sagal
What IS freedom of speech? 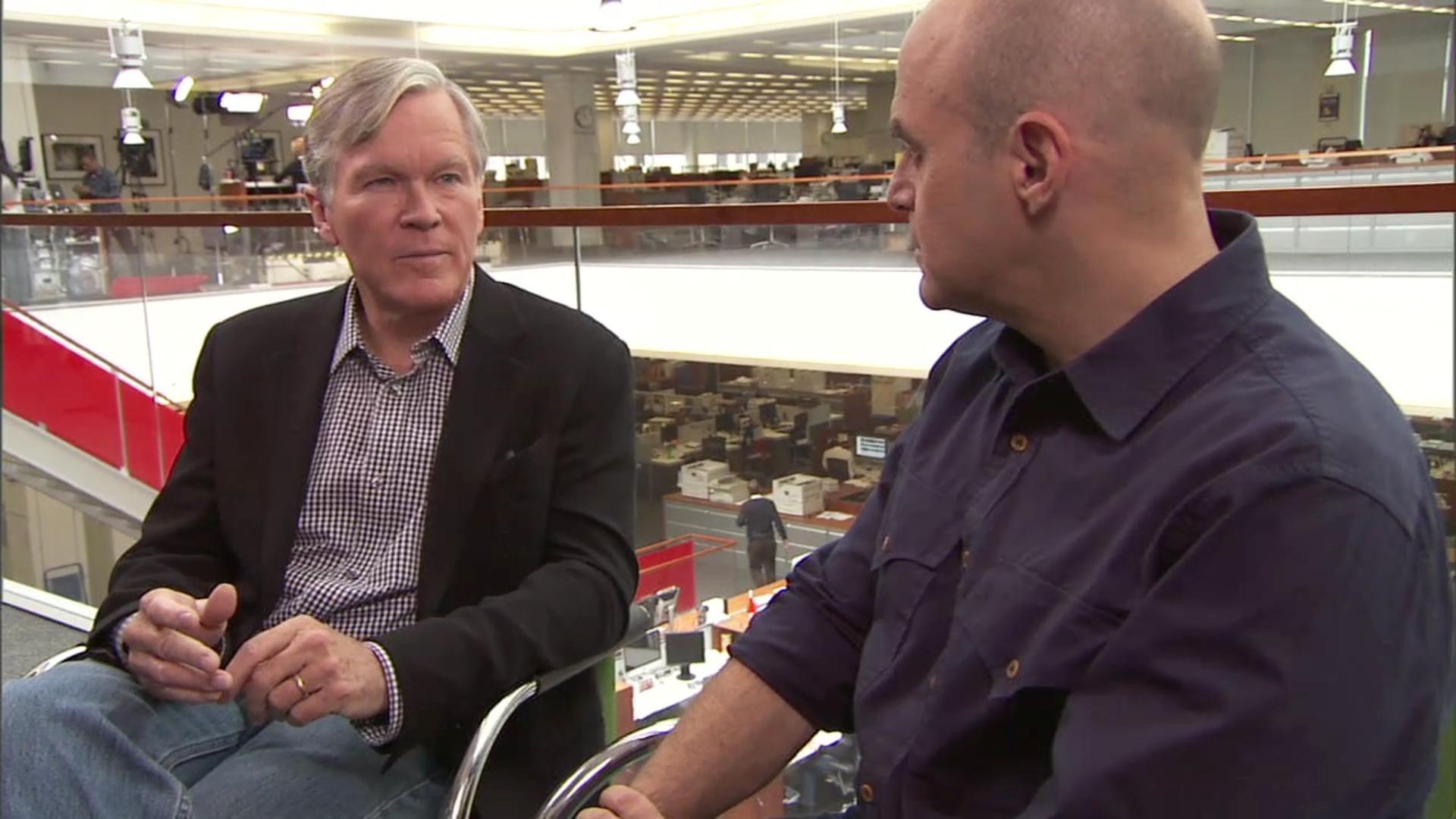 Constitution USA with Peter Sagal
How the first amendment works 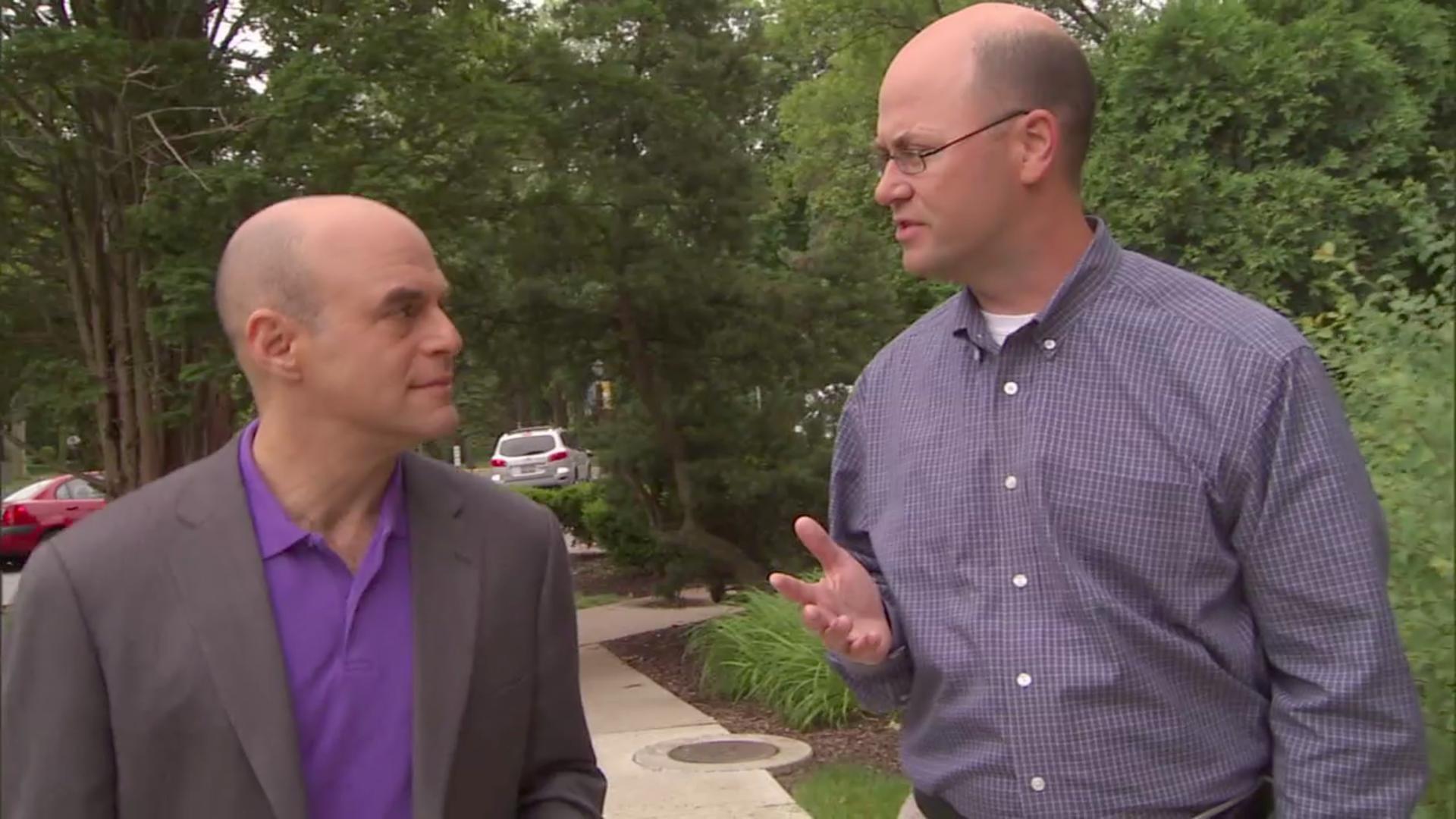 Constitution USA with Peter Sagal
What does separation of church and state mean? 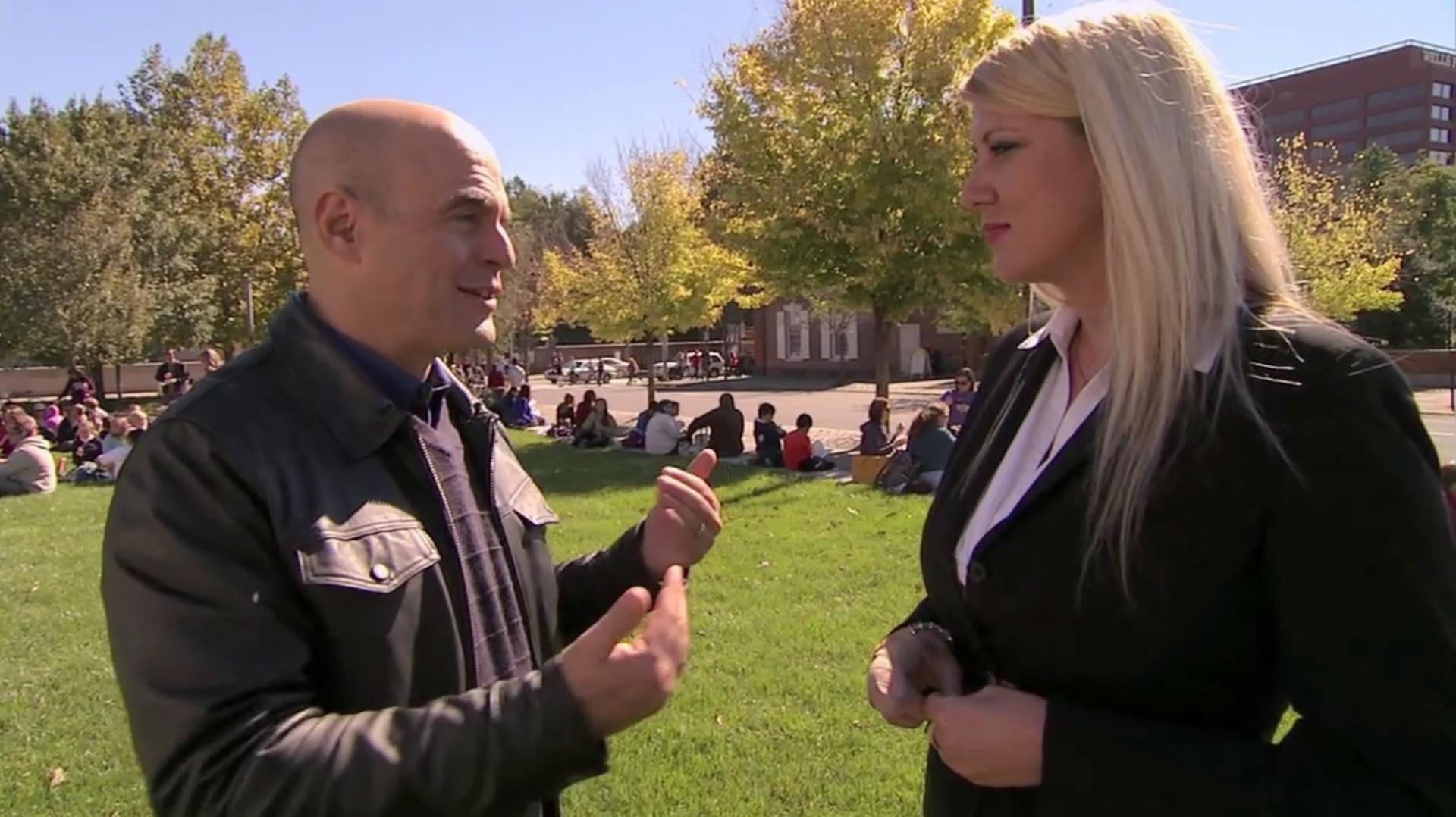 To Secure These Rights

In 1776, Americans proclaimed their focus on rights in the Declaration of Independence. It stated that all people were created “with certain unalienable rights” and that the very purpose of government was “to secure these rights.” Great Britain's refusal to grant American colonists the same rights as other English subjects sparked the Revolutionary War. Such rights were protected by the Magna Carta in 1215 and the English Bill of Rights in 1689. But some American colonies offered greater protection of rights than in England to attract new settlers. When the colonies later separated from Great Britain, they adopted new state constitutions--often containing separate bills of rights.

In 1787, the framers of the U. S. Constitution did protect certain rights within the body of that document. Among these were the writ of habeas corpus, which requires the government to show cause why it is holding a prisoner; the right to trial by jury in criminal cases; and the prohibition of religious tests for public office. However, a motion to add an additional bill of rights, brought up late in the convention, was defeated.

This omission became the chief obstacle to the Constitution's ratification by the states. To address that concern, the first Congress under the Constitution proposed twelve amendments on September 25, 1789. Ten of those were ratified by the states on December 15, 1791, and became known as the Bill of Rights. The First through Eighth Amendments protect the rights of individuals, from freedom of religion to prohibition of cruel and unusual punishment. The Ninth Amendment secures rights not specifically listed in the Bill of Rights, and the Tenth Amendment reserves to the states all rights not delegated to the United States.

The American system is one of majority rule with minority rights: everyday laws pass with a simple majority vote, but certain fundamental rights protected by the Bill of Rights are not subject to the wishes of the majority. In such a system, an independent judiciary, not subject to the political pressures of elections, is especially important. The U.S. Constitution creates a judicial branch that serves for life, and its job is to protect the rights of the minority. Thomas Jefferson believed that independent judges were the key to making a bill of rights more than a mere “parchment barrier” to the will of the majority. When protected by an independent judiciary, constitutional rights offered a safe haven from the shifting tides of political opinion.

The Constitution and the Bill of Rights only limit the actions of the government, not private parties. Therefore, freedom of speech does not apply to the private workplace, and the Second Amendment does not guarantee the right to carry a gun in the office. Private employers can require drug testing, even when the federal government cannot.

All of the rights in the Bill of Rights are designed as limits on government. They say what government cannot do, not what it must do. Such limits are known as negative rights, versus the positive rights of requiring government to provide jobs and healthcare. For instance, the First Amendment forbids the government to ban freedom of speech in the public square. It does not say the government has to buy everyone a microphone so they can be heard. Similarly, the Bill of Rights protects freedom of petition so that citizens can lobby their legislatures for better schools, but it does not guarantee the right to public education. But in other countries, and in the United Nations, there are legal mandates for jobs, education, and healthcare. Nonetheless, these mandates are often difficult to enforce. 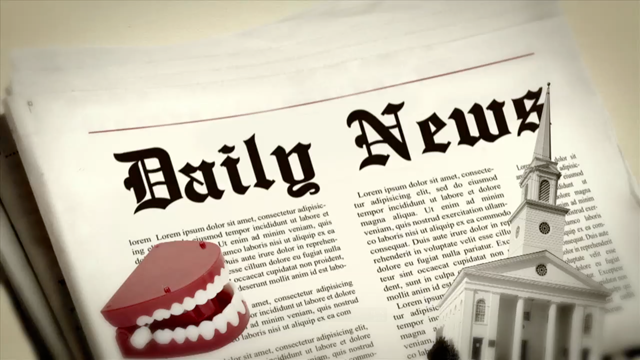 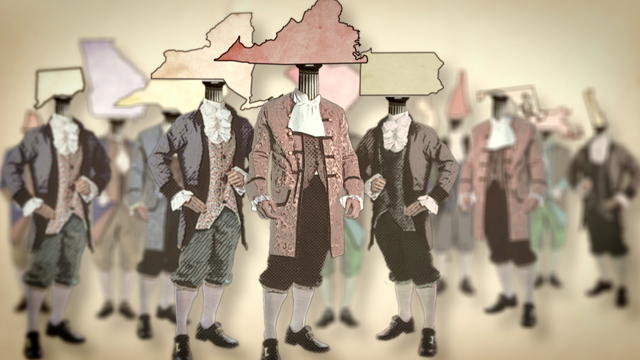 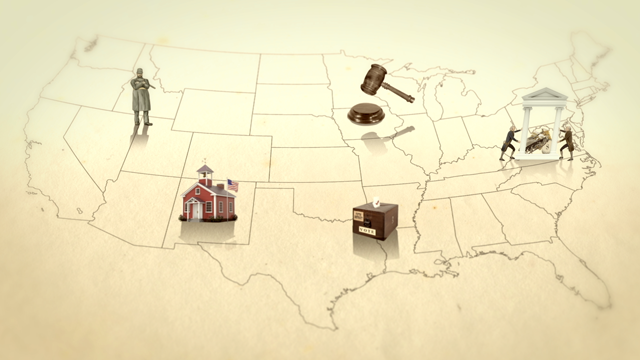 Should There Be Limits on Freedom of Speech?

The first time the Supreme Court sided with freedom of speech was in 1930. Have we gone too far in claiming rights not enumerated in the Constitution? Or have we simply been following in the spirit of the document? In episode two, It's a Free Country, Peter Sagal learns more about the right to free speech. Watch the clip below and read the statement from the American Civil Liberties Union (ACLU).

Where Should Free Speech End?

Where should the right to free speech end? Peter Sagal explores the first amendment.

“What is freedom of expression?” asks author Salman Rushdie. “Without the freedom to offend, it ceases to exist.”

Rushdie himself very nearly ceased to exist for exercising his “freedom to offend.” His 1998 novel The Satanic Verses included passages considered blasphemous by some Muslims, sparking violent protests around the world. In 1999, Iran’s Ayatollah Ruhollah Khomeini issued a “fatwa,” or religious edict, calling for Rushdie’s death. Rushdie was forced into hiding for nine years. He escaped harm, but one of his translators was stabbed to death and another was seriously injured in an attack. Dozens of people died during riots in protest against the book.

Was Rushdie’s freedom of expression, protected in America by the First Amendment, worth so high a cost? It’s a question that arises all too frequently in a world full of people eager to offend. In Gainesville, Florida, an evangelical Christian pastor sets fire to a Koran. At funerals for U.S. soldiers killed in Iraq and Afghanistan, religious extremists picket with signs that say “God hates fags” and “Thank God for dead soldiers.” In Illinois, a neo-Nazi group announces its intention to march with swastikas through a neighborhood of elderly Holocaust survivors.

Such repellent speech would be illegal in many countries – and calls to impose limits on offensive speech here in the United States have come from all sides of the political spectrum. Some have advocated restrictions on speech that demeans vulnerable minority groups. Others have advocated restrictions on speech by minority groups that calls for violence against the majority. But virtually every proposal to limit offensive speech shares a common attribute: its proponents are confident that if we give the government the authority to prohibit the speech they disfavor, the government will use that authority in the manner the proponents intended.

They are almost certainly wrong. The truth is that when the government gets to decide which speech is permissible, its exercise of that authority is almost always driven by political considerations, not principled distinctions. And those who proposed the restrictions often come to regret it.

Would-be government censors have sought to prohibit speech hostile to gays and lesbians – and speech supportive of gay rights. They have sought to interfere with speech promoting religion – and speech attacking religion. They have barred anti-abortion protests near abortion clinics – and barred doctors from providing patients with information about legal abortion. They have prosecuted citizens for burning flags – and for displaying flags.

It would be dishonest to deny that permitting grossly offensive speech can exact a high cost. As Georgetown Law School Professor David Cole has written, “free speech is not free.” When, as in the case of Rushdie, that cost includes the death of innocents, it’s understandable that some people question the price.