Listen to the Top 5 ‘FRONTLINE Dispatch’ Podcast Episodes of 2021

Listen to our top 5 most-downloaded ‘The FRONTLINE Dispatch’ podcast episodes of 2021, from the legacy of 9/11 to unsolved civil rights era killings to insurrection at the Capitol.

The insurrection at the U.S. Capitol and the long legacy of 9/11, 20 years later. Racist killings in the civil rights era and the ongoing search for justice.

Throughout 2021, The FRONTLINE Dispatch podcast probed these stories and more, through conversations that both uncovered new dimensions of 2020’s defining moments and elevated stories that otherwise might have flown under the radar.

As 2021 draws to a close, we’ve collected the five most-downloaded new episodes from The FRONTLINE Dispatch, based on total downloads across all podcast players, excluding YouTube, as of press time.

See what episodes made the list — and if you haven’t already, subscribe to The FRONTLINE Dispatch on Apple Podcasts, Stitcher, Spotify or wherever you get your podcasts. For more award-winning audio journalism, explore our other podcast series, I’m Not a Monster and Un(re)solved, and catch up on our FRONTLINE Film Audio Tracks.

5. The Case of the Liberty City Seven

In his August 2021 FRONTLINE documentary, In the Shadow of 9/11, filmmaker Dan Reed (Leaving Neverland) told the story of how seven Black men from Miami were accused of planning an Al Qaeda plot to blow up American buildings. Their indictment marked the federal government’s first major post-9/11 counterterrorism sting within the U.S. Yet the men, who came to be known as the Liberty City Seven, had no weapons and had never communicated with anyone from Al Qaeda.

Reed joined The FRONTLINE Dispatch in September 2021 to discuss why this was a story he wanted to tell; how he built trust with sources, including the accused men themselves and an FBI agent who played a key role in the sting; and what the documentary reveals about the federal government’s use of informants and sting operations following the Sept. 11, 2001, terror attacks.

“It’s a story that really needs to be told, because Americans … have the right to know what techniques have been used to keep the country safe after 9/11,” Reed told FRONTLINE’s executive producer, Raney Aronson-Rath, who hosts The FRONTLINE Dispatch. “But it’s just a very challenging story to tell. … I really think that FRONTLINE is the only place on American television that I could have done this.”

Justice went cold for many victims of racist civil rights era killings. Is it too late to right those wrongs?

In the Un(re)solved podcast, part of FRONTLINE’s multiplatform Un(re)solved initiative, award-winning host and reporter James Edwards set out to understand how the list of victims associated with the Emmett Till Unsolved Civil Rights Crime Act came to be, what justice could look like for those more than 150 people, decades after the crimes were committed — and the impact of the killings on the victims’ families to this day.

“I can’t shake this thought: They were all someone to somebody,” Edwards said in the above episode. “They were loved.”

The first episode of Un(re)solved was released on The FRONTLINE Dispatch in June 2020; to listen to the full series, subscribe to Un(re)solved on Apple Podcasts, Spotify, Stitcher or wherever you get your podcasts.

3. An Impeachment and an Inauguration

The Biden administration began as America coped with a chaotic start to the new year: from an insurrection at the U.S. Capitol to a second impeachment of President Donald Trump, all while the COVID-19 death toll reached new heights.

Veteran FRONTLINE filmmaker Michael Kirk and his team had been chronicling the 2020 presidential election and its ensuing fallout for multiple FRONTLINE films, including President Biden and Trump’s American Carnage.

In tandem with Biden’s inauguration, Kirk joined The FRONTLINE Dispatch in January 2021 to talk about that particular moment in American history, how it felt like people were “even more divided and even more in their corners than before, maybe than they’ve ever been” and the many challenges that lay ahead for the president-elect. “Is he right for the times? If he is, it’s a presidency for the century,” Kirk said in the episode.

2. Chaos at the Capitol

A violent mob of President Donald Trump’s supporters invaded the U.S. Capitol on Jan. 6, 2021, as Congress met to certify Joe Biden as the 46th president of the United States. The rioters plotted for weeks beforehand on social media, mobilizing around President Trump’s false claims of a stolen election and egged on by him and others at a rally just before they stormed the Capitol building.

Days later, ProPublica reporter and FRONTLINE correspondent A.C. Thompson — who covered the rise of far-right extremism in our joint series “Documenting Hate” and was in the process of reporting what would become the April 2021 documentary American Insurrection — joined The FRONTLINE Dispatch to discuss the forces behind the Jan. 6 attack, how it unfolded, why the law enforcement presence was so easily overpowered and what the future might hold.

Next, he said, we may see “a movement that’s been further radicalized by this event. We have a big concern that what happens next may be more radical, more violent and more damaging to the culture than what we’ve seen so far.”

An updated version of American Insurrection will debut Jan. 4, 2022.

As the nation marked the 20th anniversary of Sept. 11, 2001, the legacy of those terror attacks and their aftermath continued to unfold, from insurrection at the U.S. Capitol to the resurgence of the Taliban in Afghanistan.

FRONTLINE filmmaker Michael Kirk and his team had been chronicling 9/11 and its impact for two decades in multiple FRONTLINE films, including September 2021’s America After 9/11, an epic re-examination of the decisions that changed the world and transformed the U.S. across four presidencies.

Kirk joined The FRONTLINE Dispatch in September 2021 to talk about the through-line from 9/11 to Jan. 6, as well as ongoing challenges for the U.S. president, the country and the world.

“By pulling back, we discovered a lot of dots that could be connected, that actually had a strong relevance to today,” Kirk said in the episode.

Subscribe to The FRONTLINE Dispatch on Apple Podcasts, Stitcher, Spotify or wherever you get your podcasts. 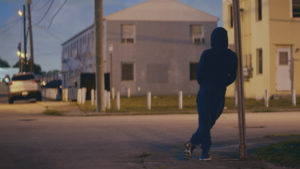 The Case of the Liberty City Seven