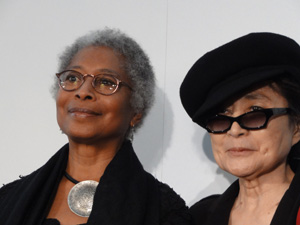 Alice Walker has been defined as one of the key international writers’ of the 20th century. Walker made history as the first African-American woman to win a Pulitzer Prize for Literature as well as the National Book Award in 1983 for her novel “The Color Purple,” one of the few literary books to capture the popular imagination and leave a permanent imprint. The award-winning novel served as the inspiration for Steven Spielberg’s 1985 film and was adapted for the stage, opening at New York City’s Broadway Theatre in 2005, and capturing a Tony Award for best leading actress in a musical in 2006.

An internationally celebrated author, poet and activist, Walker’s books include seven novels, four collections of short stories, four children’s books, and volumes of essays and poetry. Walker has written many additional best sellers; among them, Possessing the Secret of Joy (1992), which detailed the devastating effects of female genital mutilation and led to the 1993 documentary Warrior Marks, a collaboration with the British-Indian filmmaker Pratibha Parmar, with Walker as executive producer. Walker’s work has been translated into more than two-dozen languages, and her books have sold more than fifteen million copies.

Walker has served as jurist, 2010 and 2012, for two sessions of The Russell Tribunal on Palestine – Cape Town, South Africa, and New York, NYC. Walker writes a regular blog on her author’s website: www.alicewalkersgardens.com

(1967) The Rosenthal Award from the National Institute of Arts & Letters

(1983) National Book Award for Fiction for The Color Purple

(1995) Honorary Degree from the California Institute of the Arts

(2001) Walker inducted into the Georgia Writers Hall of Fame.

(2010) The LennonOno Grant for Peace Award. Walker presented the keynote address at The 11th Annual Steve Biko Lecture at the University of Cape Town, Cape Town, South Africa, and was awarded the Lennon/Ono Grant for Peace, in Reykjavik, Iceland. Walker went on to donate the financial award to an orphanage, for the children of AIDS victims in Kenya, East Africa.

(1970) The Third Life of Grange Copeland

(1973) In Love and Trouble: Stories of Black Women

(1973) Revolutionary Petunias and Other Poems

(2001) Sent by Earth: A Message from Grandmother Spirit after the Attack on the World Trade Centre

(2003) Absolute Trust in the Goodness of the Earth

(2003) A Poem Traveled Down My Arm: Poems And Drawings

(2013) The World Will Follow Joy: Turning Madness into Flowers

(1983) In Search of Our Mothers’ Gardens: Womanist Prose

(1996) The Same River Twice: Honoring the Difficult; A Mediation of Life, Spirit, Art and the Making of The Color Purple

(1997) Anything We Love Can Be Saved: A Writer’s Activism

(2010) Overcoming Speechlessness : A Poet Encounters the Horror in Rwanda, Eastern Congo and Palestine/Israel

(2011) The Chicken Chronicles: Sitting With the Angels Who Have Returned With My Memories, a Memoir

(2013) The Cushion in the Road: Meditation and Wandering as the Whole World Awakens to Being in Harm’s Way

(1979) I Love Myself when I’m Laughing… and Then Again when I Am Looking Mean and Impressive: A Zora Neale Hurston Reader, introduction by Mary Helen Washington (Editor) 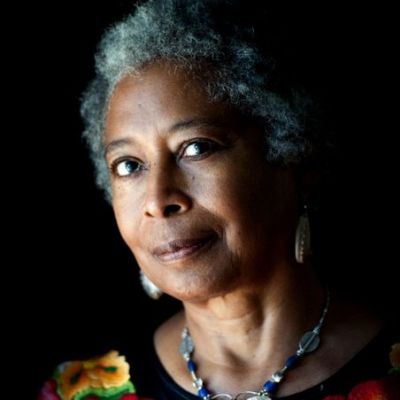