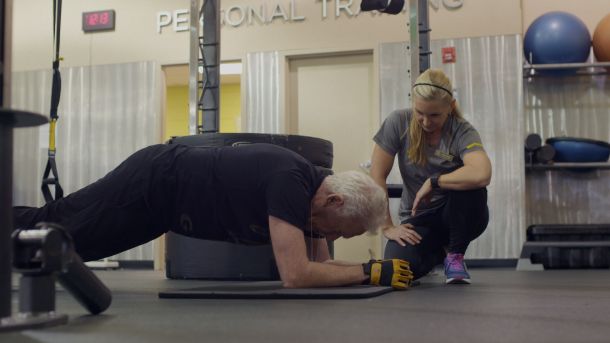 At 93, after a long career as a master trumpet player, one might expect Doc Severinsen to be sitting back right now, enjoying retirement. But he’s not done. After working as bandleader on “The Tonight Show with Johnny Carson” for 25 years, Severinsen continued to tour with various bands, as well as make a name for himself as a conductor, teacher, and Grammy-winning recording artist. Today, he’s still approaching  his music with the same vigor and energy that he’s somehow managed to maintain throughout his career.

“As long as I’m here, I’m gonna keep jiving. I’m gonna do the shim sham all the way up to my grave,” Severinsen said.

How does he do it? Here are a few tips on keeping creatively agile, taken from Severinsen’s biographical documentary Never Too Late: The Doc Severinsen Story.

Doc maintains both a rigorous practice and exercise schedule. He goes to the gym three times a week, and works out with a private trainer, Karen Hickey, who claims that the only time she doesn’t see him “is if he’s traveling and out of town on another engagement.”

Doc lifts weights, does long planks, and more, all while using proper breathing technique. “Everything that I do in here relates to the trumpet. It’s all core,” said Severinsen.

But Severinsen is also careful of taking it too far. He takes exercising as seriously as his trumpet playing.

“You don’t come in here and just fool around doing whatever you feel like,” he said. “One wrong move in this gym can take six months off your life.”

Pre-gym workout, Doc eats a daily helping of “cowboy oatmeal,” which he makes with blackstrap molasses — a byproduct of sugar cane’s refining process that contains several vital vitamins and minerals. “It’ll set you free,” said Severinsen. After that, a scoop of protein powder in a smoothie helps him get to “liftoff,” he said.

Speaking to an auditorium of students, Severinsen was asked by one pupil what makes a trumpet player the best in his field. His reply was a masterclass in reveling in the beauty of music and the present moment.

“I think it’s what’s in you,” he replied. “How do you feel about other people? Are you nice to other people? Do you see the best in them? Can you cry when you play a melody that’s so beautiful it deserves every tear you can give? You’re so filled with joy, that it comes out in the form of tears. Release all the bad things you ever thought about, all the sadness you’ve ever had in your life is gone, and you’re joyous.

“That’s why I play the trumpet. I do it because I love it. You gotta have some humor in your life. Get a laugh out of life, and you’ll play better,” Severinsen said. “The happy people are the lucky people. Be happy.”

Remember that everybody experiences low points in life.

Severinsen has never been known for his moderation. The colorful “Tonight Show” bandleader was known for his outrageous outfits on set and for his obsessive relationship with the love of his life — his trumpet. But on the path to success, certain other compulsions also crept into his life. When Severinsen started out playing gigs in New York, he said he would play “drunk out of my mind.”

He thought everything was wonderful during this time and didn’t suspect he might have a problem with alcohol. “All I had to do was hit high Fs with a hangover, and then try to keep from puking on the floor,” he said. But later, alcoholism would affect his career to the point of almost destroying it.

“Every day, I’d go to New York to work, I lived in the suburbs, and I would wake up the next morning at home, and I wouldn’t have any recollection of even getting in my car to drive home.”

After discovering that his first wife had a very serious drinking problem, Severinsen also came to the realization he, too, had an issue.

“One of the things that was difficult for me was the fact that I wasn’t lying in a gutter someplace,” he said. But “everybody has their own personal bottom.”

Recognizing it was the first step. And then there was only one way up after reaching his personal bottom. Severinsen quit drinking and started going to Alcoholics Anonymous meetings. He has remained sober for over 60 years.

Never walk on stage without wearing a suit (or at least something fancy)!

During a studio recording with Severinsen, fellow trumpet legend Chris Botti revealed an anecdote from the first time he met his trumpet hero.

“You may not remember this, but in 2002, we chatted, and you said, ‘Chris, I’ve been following your career. You’re doing great. Do me, and yourself a favor, and never walk on stage without wearing a suit,'” Botti told Severinsen.

Severinsen couldn’t remember saying that to Botti and suggested maybe he was kidding. But even if not a suit, Severinsen always made sure to stand out with his clothes on stage. He was known for his very special outfit choices on “The Tonight Show” that provided a frequent source of banter and jokes between him and Carson.

Botti later gushed about Severinsen during an interview for the documentary, saying that Severinsen is the “Michael Jordan” of trumpet players.

Severinsen’s commitment to his instrument and the new strides he makes with his music, even in his ninth decade, proves that it’s never too late to do what you love.

“Any mere mortal would say, ‘That’s enough of that, and I’m gonna sit in a rocking chair and just take it easy,’ but not this guy,” said “Tonight Show” producer Jeff Sotzing.

Despite a health scare or two, Severinsen is still touring, playing gigs, and teaching the next generation of trumpet players.

“Part of the commitment to being a professional is, when you learn something special, you pass it on,” he said. “I am not going to go quietly into the night.”

And in speaking about his newest relationship with fellow trumpet player Cathy Leach, Severinsen also made a profound observation that also pretty much sums up his philosophy on his career and life.

“You stand a pretty good chance of making the same mistakes again, until you just get too damn old for it to matter anymore, and then just say, ‘Oh, the hell with it. It’s too late now.’ It’s never too late. Never too late,” he said.

SHARE
NOW STREAMING
Never Too Late: The Doc Severinsen Story
About the Master 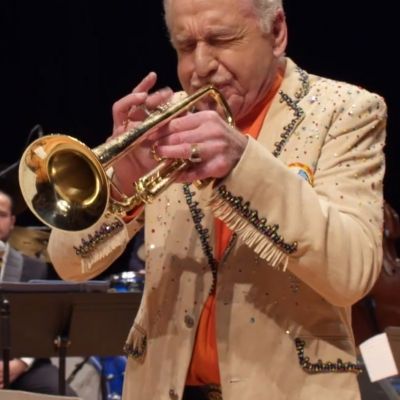