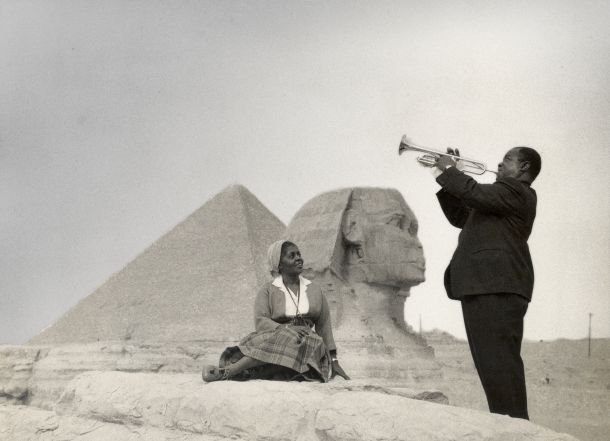 Willis Conover’s popular Voice of America radio show gave American jazz a worldwide stage, and Louis Armstrong, its brightest star, was ready for the spotlight. A front-page story in The New York Times claimed America’s best Cold War weapon was “a blue note in a minor key,” and that Armstrong was its best ambassador.

In summer 1963, Duke Ellington headed to the Middle East and India on his first Jazz Ambassador tour. In a rare Swedish Television interview, he discusses the plight of African Americans, their contributions to society, and jazz music as “the American music.”

The Jazz Ambassadors premieres Friday, May 4 at 10 p.m. on PBS (check local listings) and streams beginning May 5 on pbs.org/jazzambassadors and PBS apps.