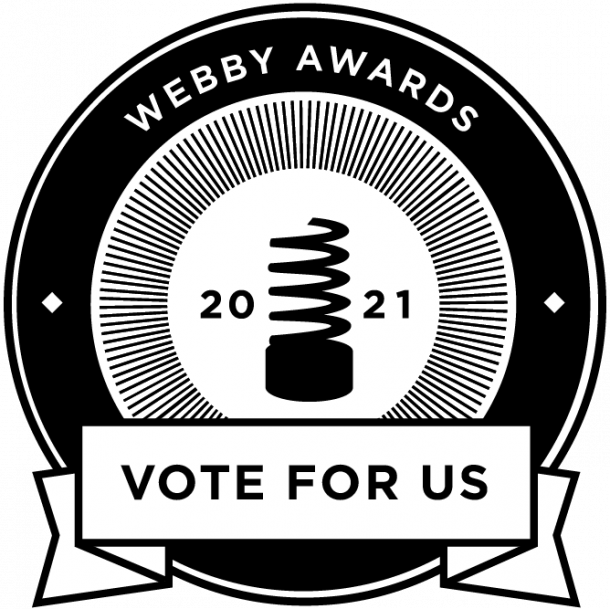 The nominees and honorees for the 25th Annual Webby Awards were announced this week, and American Masters earned one nomination and three honors. Fans can vote now for our “People’s Voice” short film nominee, Anik Khan: Street Level, through Thursday, May 6. The winners will be announced through a virtual ceremony on Tuesday, May 18.

The film is part of the American Masters and Firelight Media series In the Making, which follows the lives and journeys of emerging BIPOC artists.

Filmmakers Sofian Khan and Joseph Patel explore the music of Anik Khan, the Bangladesh-born, Queens, New York-raised hip-hop artist whose music sketches the immigrant experience with rare poetic flare, incisive depth and a whole masala of influences at his fingertips.

Amyra León: Strange Grace and Bunky Echo-Hawk: The Resistance from In the Making are Webby Honorees in the Video: Diversity & Inclusion category.

Unladylike2020 is a Webby Honoree in the Video: Documentary category.

Established in 1996 during the Web’s infancy, The Webby Awards are presented by the International Academy of Digital Arts and Sciences (IADAS) — a 2,000-plus member judging body. The Academy is comprised of Executive Members — leading Internet experts, business figures, luminaries, visionaries and creative celebrities — and Associate Members who are former Webby Winners, Nominees and other Internet professionals.