Introduction: Into the Spotlight

Lena Horne and five younger women performers – South African folk singer Miriam Makeba, jazz vocalist and pianist Nina Simone, jazz vocalist and film actress Abbey Lincoln, and stage, film and television actresses Diahann Carroll and Cicely Tyson – were among those entertainers who became prominent in the overlapping worlds of civil rights politics and entertainment. How It Feels to Be Free tells the story of this cohort of six black women entertainers, and the ways that they developed interrelated performance strategies and political positions during a long and multi-faceted civil rights movement. All six women used their status as celebrities to support black activism and played with gender roles as they performed black womanhood in new and distinct ways.¹ In their public performances and their political protests – and crucially in myriad instances when the lines between those blurred – all six drew attention to unequal relationships between blacks and whites and to relationships between men and women. As a result, even when they were part of larger groups of activist-entertainers who connected popular culture and racial politics, these women also stood out. Whether they were at jazz club in Greenwich Village, on a movie set in Hollywood, performing before a live television audience, or at an international music festival in France, Horne, Makeba, Simone, Lincoln, Carroll, and Tyson drew attention to the fact that they were women and black. In all sorts of ways, they insisted that the liberation they desired could not separate race from sex.²

The contributions that Horne, Makeba, Simone, Lincoln, Carroll, and Tyson made to black activism also affected another transformative social movement: second-wave feminism. These women did not necessarily call themselves feminists. But they offered critiques and demands that became central tenets of feminism generally and of black feminism specifically.³ With some good reason, many people associate women’s liberation with white women, but these black women performers shift attention beyond famous markers like publication of The Feminine Mystique in 1963 or protests at the Miss America pageant in 1968. In the late 1950s, Abbey Lincoln rejected comparisons between herself and Marilyn Monroe and rejected a route toward celebrity based on tight-fitting and revealing gowns. A few years later, Nina Simone sang about the rage of a black woman domestic in her remake of “Pirate Jenny.” Black women entertainers’ politicized performances suggest that a concern with gender politics did not necessarily develop out of or after concerns with racial politics, precisely because they were among those who addressed issues of race and gender and, often, class at the same time.4 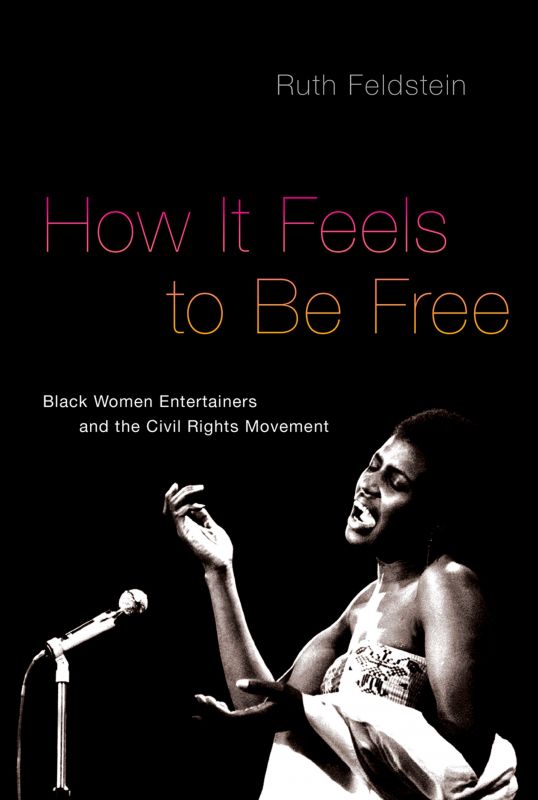 With fans around the world and ties to different countries, these six black women performers, and their activism on and off-stage, had international dimensions. They traveled extensively and were able to export ideas about black protest and gender at the same time that the people they met and the experiences they had outside of the United States had an impact on the choices that they made domestically. Through their work as entertainers, popular culture and civil rights together crossed borders, affording consumers opportunities for pleasure and commitment.5

Lena Horne, from the start of her career in the 1930s into the 1960s, and Miriam Makeba, Nina Simone, Abbey Lincoln, Diahann Carroll, and Cicely Tyson from the late 1950s onward all worked hard to control their public images. But people loved to talk and write about famous stars and celebrity culture, and these women set into motion widespread conversations among critics, fans, and activists that they could not always control. Their political significance developed out of the cultural work they did and their efforts at self-representation, as well as the ways that fans and critics reacted to them and produced them as celebrities. The music the women sang, the records they sold, and the films and television shows in which they appeared were not direct extensions of pre-existing political organizing or ideologies and were not mirrors that simply reflected back pre-existing black activism. Miriam Makeba’s “The Click Song,” for instance, did not at first glance seem to be political in any way. However, her encounters with audiences when she performed this celebratory melody transformed the literal meaning of the lyrics. Performances and reactions to these performances together shaped dialogues about race relations and gender. These, in turn, contributed to shifting expectations about freedom for black Americans and about relations between the sexes.6

In short, “How It Feels To Be Free” suggests that a fuller understanding of black activism and feminism requires expanding the realm of political activity. Ministers, marches, activist leaders, grassroots organizers, and legislation were all important to the way that civil right politics became relevant to ordinary Americans and non-Americans outside of political organizations, but so too was a global mass culture in which these black women played a crucial role. The ways in which they came to “perform civil rights” – the ways that their on and off-stage appearances, and reactions to these appearances became ground on which both performers and audiences made sense of black activism – helped constitute the political history of this period.

2In considering black women entertainers as activists, intellectuals, and political subjects, and not exclusively as performers or the object of an audience’s gaze, I draw on Hazel Carby’s landmark, Reconstructing Womanhood: The Emergence of the Afro-American Woman Novelist (New York: Oxford University Press, 1990).  See also, James C. Hall, “The African American Musician as Intellectual,” in Jerry G. Watts, ed., Harold Cruse’s The Crisis of the Negro Intellectual Reconsidered (New York: Routledge, 2004), pp. 109-119.  Although work on the women who are my focus has increased (in part since the deaths of Nina Simone, Miriam Makeba, Lena Horne, and Abbey Lincoln), they remain ancillary to most civil rights histories oriented toward traditional political organizing and movements, including important work oriented toward women as movement leaders or local grassroots activists.  Josephine Baker and Billie Holiday remain the black women entertainers about whom a great deal has been written.  See, for example Jeanne Scheper, “‘Of la Baker, I Am a Disciple’: The Diva Politics of Reception,” Camera Obscura 65 (2007): 72-101; Mathew Guterl, “Josephine Baker’s ‘Rainbow Tribe’: Radical Motherhood in the South of France,” Journal of Women’s History 21 (2009): 38-58; Farah Jasmine Griffin, If You Can’t Be Free, Be a Mystery: In Search of Billie Holiday (New York: Ballantine, 2001).

- A lot of people think about civil rights, and they think of mostly male leaders, and organizations and politics with a capital 'P.'

But there was a lot more to the civil rights movement beside these male, these male leaders, and besides marches and efforts to change the legislation, as important as all those were.

Plenty of people never marched, never boycotted, never participated actively in that way in the civil rights movement, but they engaged with the politics of Black liberation through the music they listened to, the films they watched, the theater they went to, and entertainers were particularly important, therefore, in performing a certain kind of Black politics of liberation and disseminating that around the world.

Women entertainers were particularly important because, for the women who I look at, they weren't choosing between battles for Black liberation and their roles as women.

Gender was at the center of their vision of Black freedom.