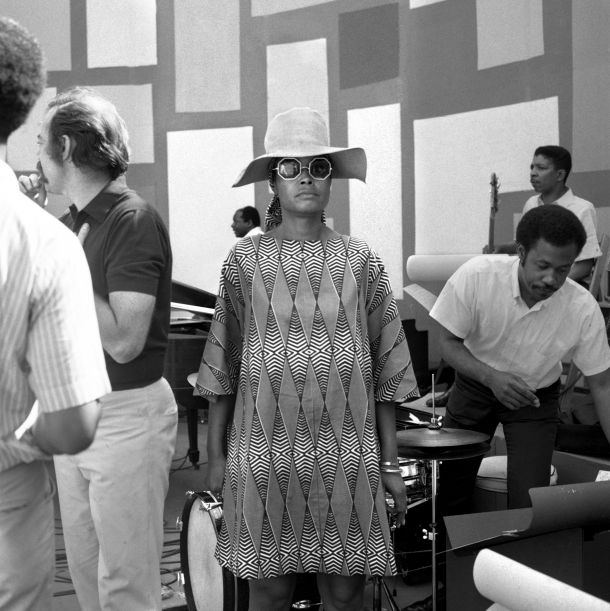 Abbey Lincoln at CBS in 1969. Photo: CBS via Getty Images

How It Feels to Be Free is a documentary film about six legendary African American women performers and their engagement with the Black freedom struggle. This is the first film to focus on the unique contributions of female entertainers to that struggle, and to the related battle over representation in the mass media. How It Feels to Be Free eschews conventional narration to recount a narrative about women who challenged and overturned convention and instead relies on compelling interviews with the women themselves telling their own story.

The recollections and observations of the six women is augmented with testimony from their associates, and by incisive commentary from a diverse range of scholars and cultural critics who place the story in its larger context. In addition, the film features the personal testimony of prominent contemporary artists who make it powerfully clear that the example of these trailblazing Black women is very much in their hearts and minds as they pursue their own impressive careers. These contemporary voices, who include Halle Berry, Alicia Keys, Lena Waithe and Sam Jackson, among others, constitute a powerful reminder of the relevance of the story, and of its resonance for the ongoing and contentious conversation about race, gender, and inclusion in Hollywood.

This is a documentary about six hugely talented Black women performing artists, and their performances are featured prominently, providing the film with a library of stunning images and a memorably compelling soundtrack. Those images and sounds – from shots of a glamorous Lena Horne, to archive of Nina Simone singing “Mississippi Goddamn,” to ethereal roles of Diahann Carroll, to action sequences of Pam Grier kicking butt, to close-ups of a dignified, dark-skinned Cicely Tyson – are in a very real sense the beating heart of a film that has issues of beauty and representation at its core. Songs such as “How It Feels To Be Free,” “Four Women,” and “Freedom Now Suite” are not mere incidental music, but rather texts that are integral to the narrative.

How It Feels To Be Free recounts a narrative that unfolds over decades, over an especially dynamic time in the Black freedom struggle, and the documentary makes effective and judicious use of archival footage to tell that story. Archival imagery brings home Hollywood’s sordid history of racial stereotyping, and it is an essential resource in locating the women in the evolving history of the civil rights struggle. Indeed, it is that evolving history – one that extends from the era of segregation in the 1940s and 1950s, through the civil rights movement in the early 1960s, to the era of Black Power in the late 1960s and early 1970s – that provides this narrative, peopled with multiple protagonists, with its dramatic momentum and narrative spine.

It is important to emphasize that there is an important intellectual foundation for the film’s creative approach. As author Zadie Smith has observed, “Black selfhood has always existed and is not invisible to Black people.” This idea is at the heart of our film. The women performers chronicled in our film do more than just respond to a canon of whiteness: their complicated performances of Black womanhood actually changed conventional understandings about the Black freedom struggle and the feminist movement. They recognized the primacy of a Black audience that was starved of representations of themselves that were not in some way tied to whiteness. Their representations satisfied a desire in Black audiences to not only see themselves, but project themselves in ways that were inherently political. At the center of this project is an effort to show how the cultural work performed by these extraordinary women entertainers brought politics into the lives of everyday people who consumed their representations, and left their audiences changed forever.