Genius Within: The Inner Life of Glenn Gould

A profoundly enigmatic musical poet, there have been many documentaries about Glenn Gould, but they were typically sidetracked, focusing on the pills and fashions - missing the man, the magic and the message of music. American Masters pierces through the misconceptions in Genius Within: The Inner Life of Glenn Gould airing nationally, Monday, December 27 at 9pm on PBS (check local listings).

A profoundly enigmatic musical poet, there have been many documentaries about Glenn Gould, but they were typically sidetracked by his eccentricities, focusing on the pills and gloves and scarves – missing the man, the magic and the message behind his music.

American Masters artfully pierces through the myths and misconceptions about this humming and hunched figure, whose fingers glided across the piano as no one’s before or since in Genius Within: The Inner Life of Glenn Gould airing nationally, Monday, December 27 at 9pm on PBS (check local listings). After the broadcast premiere, the video will be available to watch online for two weeks, with a DVD available at by calling 1-800-336-1917.

“Glenn Gould is one of the most accomplished and celebrated classical pianists of the 20th century,” says Susan Lacy, series creator and executive producer of American Masters. “Twenty-seven years after his death, we’re still trying to understand the passion and motivation that gave rise to his genius.”

Genius Within: The Inner Life of Glenn Gould unravels the layers of an iconic, but intensely private, musician who had a revolutionary understanding of the Baroque masters – and a sentimental love for Barbara Streisand and Petula Clark.

Gould followed his sensational 1955 New York City concert debut at the age of 22, by taking his talent to the Soviet Union and became an equally prodigious star there, in the midst of the Cold War. But, after a decade-long thriving international career, he defied the critics and shocked and disappointed his fans by leaving the concert circuit completely.

In 1964, he chose to focus exclusively on the recording arts, believing that this medium could create a transcendental relationship between artist and audience, overcoming the limitations of time and space, rising above the mundane and offering a communication with the eternal.

Gould proceeded to devote countless hours obsessing over every minute detail of his songs, interviews and broadcasts, sculpting sound and image and creating an intimate rapport with his audience. He used music to reach across language, culture and ideology, rediscovering Bach for a new generation – and all the while, intentionally or not, perpetuating the cloud of mystery that encircled him.

The study of a myth is actually also the study of the culture that created it. Genius Within: The Inner Life of Glenn Gould is an engrossing consideration of the western cult of celebrity that surrounded this reclusive artist – the myth is humanized and we are given the opportunity to grasp the passion and inspiration that gave rise to his genius and incomparable power of expression. The contradictions between the Icon and the Iconoclast are subtly muted.

Told with the benefit of his remarkable recordings and through interviews with those who knew him best – his lover, his manager, his personal assistant, his collaborators – Gould is revealed and newly revered.

Genius Within: The Inner Life of Glenn Gould is a production of White Pine Pictures in association with Bravo! a division of CTV Limited, The Biography Channel, TV Ontario, The Knowledge Network, Thirteen/WNET NEW York American Masters, ZDF Arte, SVT Swedish Television, AB, NPS Television, The Netherlands, with the participation of the Rogers Cable Network Fund, the Canadian Television Fund, and with the co-operation of The Estate of Glenn Gould. Susan Lacy is the series creator and executive producer of American Masters. 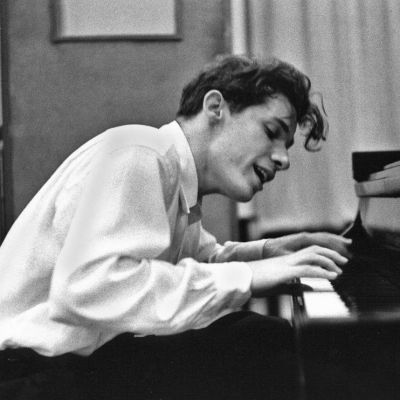 Glenn Gould
Pianist
Sep 25, 1932 - Oct 4, 1982
VIEW MASTER COLLECTION
QUOTE
""The purpose of art is not the release of a momentary ejection of adrenalin but is, rather, the gradual, lifelong construction of a state of wonder and serenity.""

Patti Smith on Lou Reed and rock and roll
Woody Guthrie: Ain't Got No Home
Marvin Hamlisch: What He Did For Love
A DUKE NAMED ELLINGTON
Ray Charles: The Genius of Soul
Jascha Heifetz: God's Fiddler - Full Film