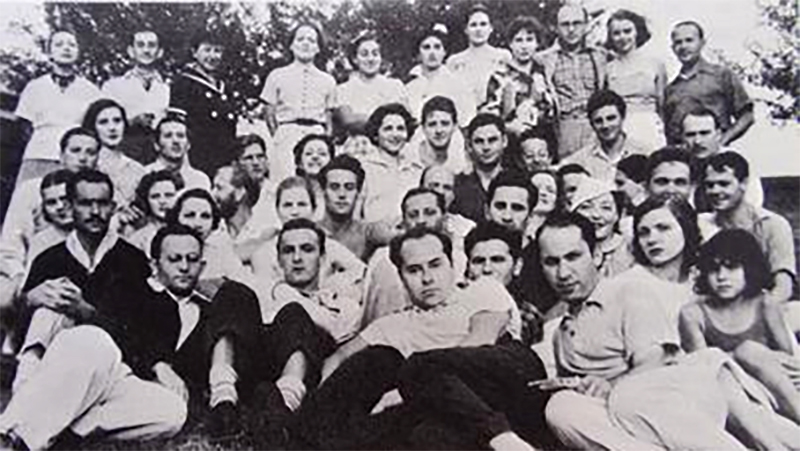 In the lower part of Manhattan, between Houston Street and West 14th Street, and from the Hudson River to Broadway, is what is known as Greenwich Village. Today, the neighborhood closest to the Hudson is known as the West Village. The area between Broadway and the East River, which has long been known as the Lower East Side, is often called the East Village. For nearly all of the 20th century Greenwich Village was a central location for artists and innovators from around the world. The neighborhood, which had begun as a prosperous residential area during colonial times and had become a tenement district in the nineteenth century, began to attract artists and bohemians from around the country. Its central location and inexpensive rent made it desirable among those artists who longed to be in New York.

Throughout the 1920s and 1930s the budding artistic neighborhood found itself home to many performing artists. With the continued presence of vaudeville theaters, Greenwich Village provided plenty of opportunities for acts of all kinds. One of the first great venues was the Greenwich Village Follies, where dancers and musicians such as Martha Graham and Cole Porter got their start. For actors, playwrights and anyone in the theater industry, the Village was a lively environment. Many early Group Theatre members such as Harold Clurman first performed at small local theaters there. By the 1940s, the Village would be an international meeting ground for writers in nearly every genre. It was where a young James Baldwin was first introduced to a larger writing community, and where Dashiell Hammett and Lillian Hellman were involved in the left-wing political movement of the time.

As the 1940s turned into the 1950s, the Village hit its most active time, as musicians, poets, and especially visual artists began to flock there. Two of the most exciting American movements were calling Greenwich Village their home. Nearly all of the Abstract Expressionists, including Robert Motherwell, Jackson Pollock, and Mark Rothko lived in the neighborhood. Simultaneously, the New York School of Poets was sharing the same bars, restaurants, and lofts. By the 1950s and 1960s, Greenwich Village was attracting the furthest ranges of diverse creative minds, among whom composer John Cage, artists Robert Rauschenberg and Jasper Johns, and dancers Merce Cunningham, Alwin Nikolais, and Murray Louis were only a few.

In the late 1960s personalities like Andy Warhol and Lou Reed increased the publicity of this already popular neighborhood, making it increasingly desirable and expensive. As many began the transition to the less expensive Lower East Side, Greenwich Village went through its final phase with the influx of major artists organizations such as Negro Ensemble Company. Today, rising rent has made it nearly impossible for young artists to live in lower Manhattan, ending the reign of one of the most culturally impressive neighborhoods in American history.