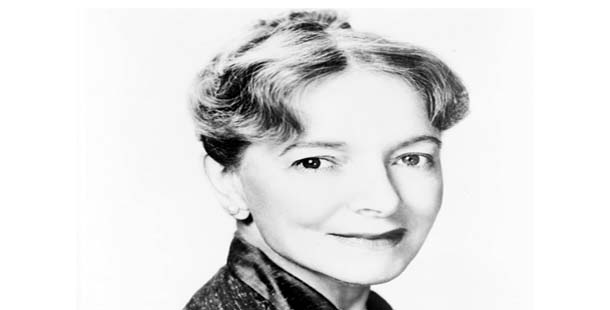 Long regarded as “the First Lady of American Theater,” Helen Hayes earned international esteem and affection during a career that spanned more than eighty years on stage and in films, radio, and television. As a screen actor she won two Oscars, as a stage actor she won a prestigious Drama League of New York award, and in 1988 President Ronald Reagan presented her with the National Medal of Arts. Deeply in love with her profession, Hayes enjoyed playing a variety of roles, from Amanda Wingfield in Tennesse Williams’s “The Glass Menagerie” (1948) to a little old lady stowaway in AIRPORT (1970). Both the charm of her comic roles and the depth of her tragic ones made Hayes one of the most respected and beloved American actors.

Born in 1900 in Washington, D.C., Helen Hayes Brown spent her childhood working in the theater at her mother’s urging. She made her Broadway debut at nine in “Old Dutch”, inspiring one critic to call her “the greatest leading lady of her size we have ever seen.” Her roles grew as she did, culminating with leading parts in “Dear Brutus” (1918) and “Bab” (1920). “I was the youngest star the New York stage ever had,” said Hayes, reflecting on the triumphs and pressures, “and it darn near wrecked me.” Eager for a change from these “flapper” roles, Hayes starred in a 1928 production of George Bernard Shaw’s “Ceasar” and “Cleopatra”. Her reviews were mixed, but for one theatergoer, the playwright Charles MacArthur, Hayes was an unqualified success. They married later that year while Hayes triumphed in “Coquett “and MacArthur reigned with his play “The Front Page”. Their first child, Mary, was born a year and a half later and the couple subsequently adopted a son, James (who would follow in his mother’s footsteps, becoming a well-known actor as Danny “Danno” Williams on the television show HAWAII FIVE-O).

Hayes accompanied her husband to Hollywood in 1930 when he became a screenwriter for MGM. There she launched her film career with THE SIN OF MADELON CLAUDET (1931), for which she won an Oscar for best actress. Hayes went on to star in such major pictures as A FAREWELL TO ARMS (1932), ARROWSMITH (1931), and ANASTASIA (1956), and play opposite such screen greats as Gary Cooper, Clark Gable, James Stewert, and Fred Astaire. She felt, however, that the stage was really her home, explaining, “There is no adventure in the screen performance. It’s not yours. The director is going to take it in hand. The cutter is going to cut it.” Dividing her time between Hollywood and Broadway in the 1930s, Hayes scored theatrical triumphs in “Mary of Scotland” and “Victoria Regina”. “Victoria Regina”, probably her most famous role, ran for 969 performances. It required Hayes to play the role of Queen Victoria, effecting a remarkable sixty-year transition from hesitant young bride to wheelchair-bound empress — displaying both her skill and commitment to craft.

Throughout the 1940s, Hayes continued to tour the United States with a number of different shows, but in 1949 tragedy struck. Her young daughter, a nineteen-year-old aspiring actress, was struck with polio and died. Overwhelmed with grief, Hayes’s husband began drinking heavily and died soon after, in 1956. During the late 1950s and 1960s Hayes turned to acting for solace, and began to perform in both feature and cameo roles on television. In 1965 she published her autobiography, A GIFT OF JOY, and in 1971 won her second Oscar for her supporting comic role in AIRPORT (1970). Only a year later, Hayes returned to the stage for the final time as Mary Tyrone in Eugene O’Neill’s “Long Day’s Journey Into Night”. For the next twenty years, Hayes continued to make infrequent appearances on television and film.

In 1993, at the age of ninety-two, Helen Hayes died in her Nyack, New York home. Her career had brought her around the world and into the hearts of generations of Americans. She received the highest accolade of the theatrical community when Broadway’s Fulton Theatre was renamed the Helen Hayes Theater in her honor. By the time of her death, she was one of only a handful of actors who had achieved such a high level of public renown and respect from her peers. Downplaying decades of achievement and praise, Hayes offered a modest summation of her career, saying, “I just always wanted to do the very best I could.” 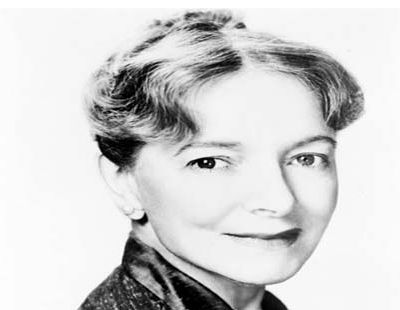