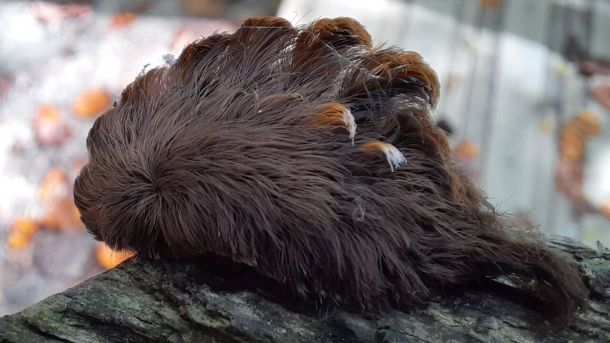 Earlier this year, murder hornets were making headlines. Now, another ominous creature is in the spotlight as sightings have spiked in Virginia, just in time for the spooky season.

The critter’s official name is the puss caterpillar, or the southern flannel moth, however, since it’s widely known for its painful sting, it’s often referred to as the stinging puss caterpillar.

While there has been an uptick in sightings of this stinging caterpillar, there is not an outbreak, Eric Day, the manager of Insect ID Lab in the Department of Entomology at Virginia Tech, told NATURE.

“I’ve had four sent to the lab. I normally get one, or once every couple of years, so more people are encountering them,” Day said. Along with these sightings, the press has shined a spotlight on these creepy critters, bringing about a larger public awareness.

“It’s covered with tawny, brown hair that flows back. It sort of looks like a small cat or a mouse, thus the name puss caterpillar,” Day said. 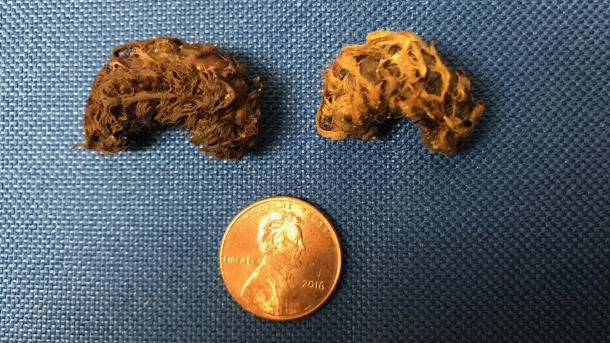 While most of the stinging caterpillars have bright contrast in colors, this one doesn’t. Its appearance may be considered misleading, as its earthy shades do not give off the “do not touch” warning colors that you may expect a dangerous caterpillar to have.

“It looks soft like you could touch it. But you soon regret that if you happen to do it because all of those little fine hairs on its back are connected to a poison gland. And then the hairs are fragile, so they break and release the poison if you brush against them or handle it. So, you’re getting the rash from hundreds of these hairs kind of either releasing their poison or breaking and releasing their poison.”

In general, it is best to not touch or to be careful about touching any hairy caterpillars, Day said.

Reaction to the sting differs from person to person. While some people have a more severe reaction that requires medical care, others have a milder reaction. If you are stung by a caterpillar, monitor the sting and if symptoms worsen, seek out a doctor.

If possible, take a photo of the caterpillar that stung you. Day said this photo will be helpful for the doctor if you end up needing medical care.

Day himself has been stung once or twice by these caterpillars. He described his reaction as more severe, starting off with a sort of prickly itching.

“Then it becomes a stinging sensation, a burning sensation. Eventually, I get a big water blister there where I encountered the stinging caterpillar,” Day said.

The puss caterpillar is native to Virginia and has been found in low numbers in the region for years and years. They can be found in various landscapes, as they feed on a range of different trees and shrubs. You may encounter one while on a hike or while in your own backyard.