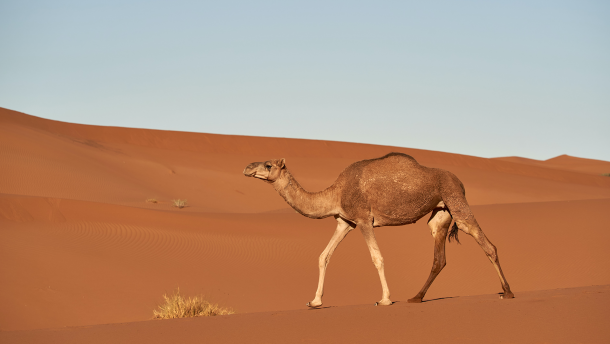 More than 3,000 years ago, camels were domesticated. They are used by humans for numerous reasons, but most often for travel across arid climates. Camels can survive for long periods of time without food or water. They can easily carry an extra 200 pounds and can walk about 20 miles a day through the harsh desert climate. Camels also provide humans with food (milk and meat) and textiles (fiber and felt from hair). 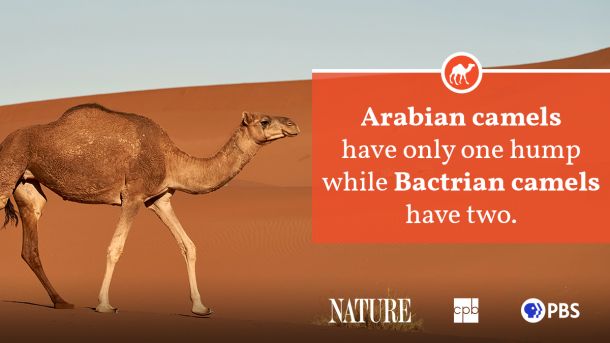 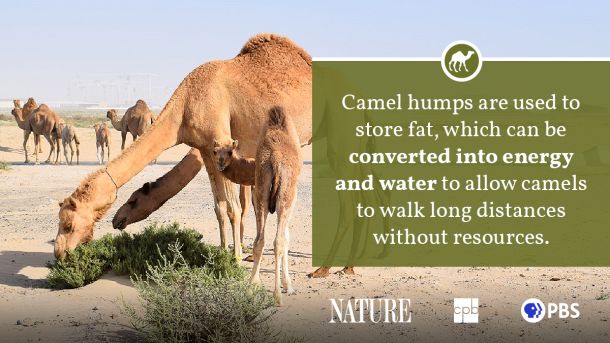 One of the camel’s most notable physical traits is its hump or humps. While the dromedary camel has one hump, the Bactrian camel has two humps. They store fat in these humps, which later can be used as an energy source.

They have other features that allow them to survive in the desert, such as double rows of extra-long eyelashes to help keep sand out of the eyes. They are also able to close their nostrils to keep out sand. 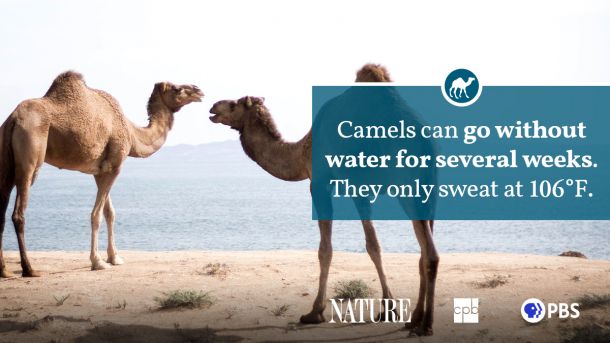 Camels are herbivores, eating grass, grains, wheat and oats. They will spend their days searching for food and grazing. However, food can be tough to come by in their harsh desert environment. They have tough but flexible lips that enable them to break off and eat vegetation, such as thorns or salty plants that other mammals may avoid. Like cows, camels are ruminants, meaning they regurgitate the food back up from their stomach to chew it again.

A camel can survive for over a week without water and can survive for several months without 40. Camels store fat in their humps, which can be used for energy when food and water are scarce. The length of time that a camel can survive on this stored fat depends on the climate and the animal’s activity level. The hump changes size depending on the amount of food that the animal eats. The camel’s hump may lean over or doop when food is scarce. 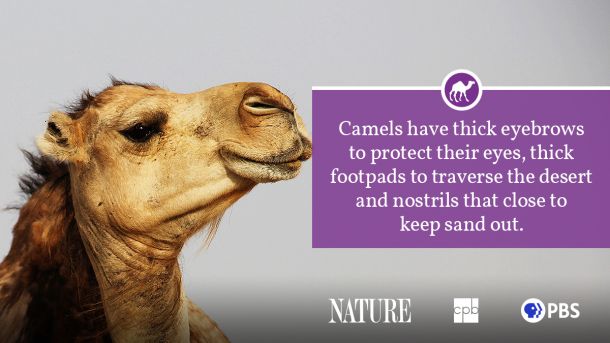 Camels typically live in deserts, where it is hot and dry. 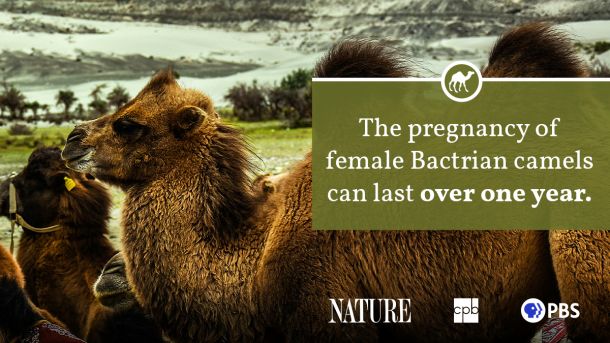 After a gestation period of 12 to 14 months, the female camel gives birth to one or rarely two newborns. An expectant mother removes herself from the herd when she is about to give birth. She finds a private area covered with vegetation for her calving spot. A newborn camel is born without humps, but small peaks hide with a tassel of curly hair, indicating where the humps will grow. The newborn is able to walk within half an hour after it is born.

After about two weeks, the mother and her young return to the herd. The mother continues to nurse her young for 10 to 18 months, depending on species and the availability of food. Camels reach full adult size when they are about age seven. 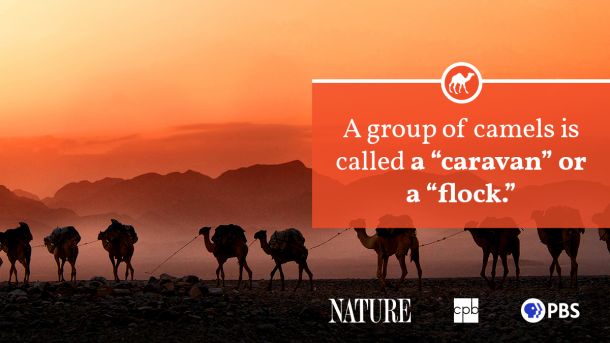 Camels are social animals that live in groups, called herds. The herd consists of a dominant adult male, females, and their young. Other males that have been chased out of the group form bachelor herds.

Camels communicate with each other with many sounds, such as moans and loud bellows. Mothers and their newborns hum to each other. They may blow on each other’s faces as a friendly way to greet one another. Positions of the head, neck, ears, and tail have different meanings in camel society. For example, ears forward indicates alertness.

The median life expectancy for camels is 17.8 years.

Camels have been used by humans since ancient times. They have been used for transportation, as well as a replacement for beef cattle. The nomads of Africa’s Saharan region continue to use dromedary camels in their traditional way of life for milk, wool, and transportation.

In the wild, Bactrian camels are at critical risk. They are hunted for sport and for their meat. They are also killed due to human conflict, as they compete with dometic camels for grazing and watering spots. Habitat loss is another major threat to the species, as human activities like illegal mining operations spread into their habitat. 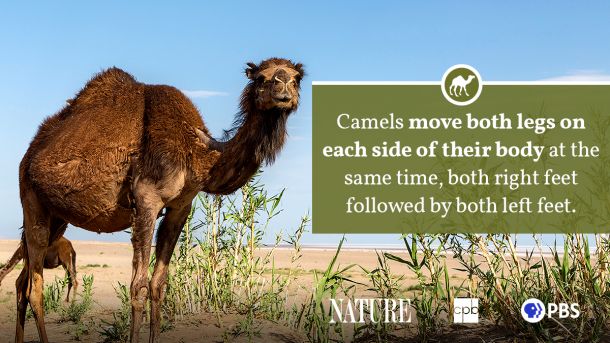 The Bactrian Camel is listed as Critically Endangered on the IUCN Red List of Threatened Species. There are currently about 650 Bactrian camels in China and about 450 in Mongolia.