This piece comes to us from the Wildlife Conservation Society (WCS). To honor Women’s History Month, WCS and Nature are sharing stories of nature and conservation. 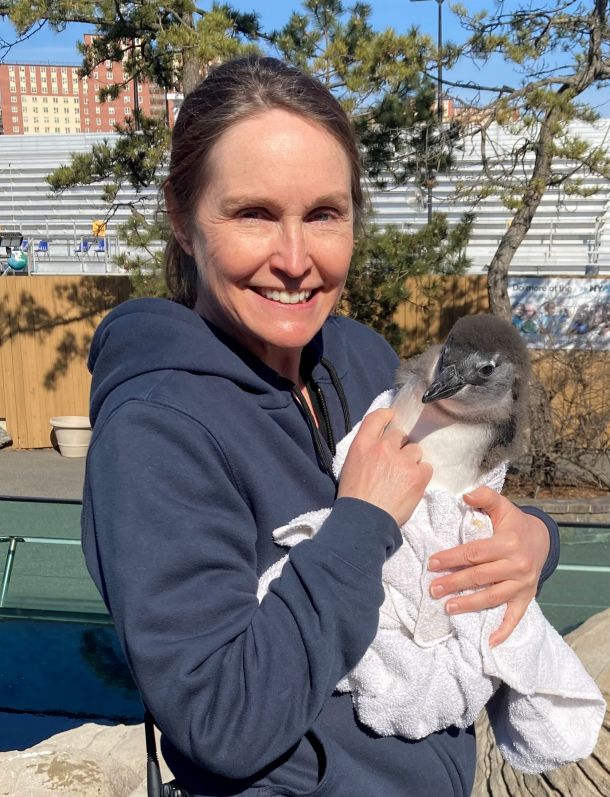 I’ve always loved wildlife. As a child, penguins, koalas, and cats were my favorite animals. Never did I imagine that I’d volunteer in a koala sanctuary in Australia, work with penguins on a daily basis, and anesthetize lions and tigers for routine exams and medical procedures.

Although my dad was a physician, I shied away from medicine. I knew how many years he went to school for his career. I also didn’t like blood! The first time I visited SeaWorld in San Antonio growing up in Texas, I knew I wanted to work in a place like that, and later, I worked as a camp counselor there for several summers. I loved the diversity of animals, learning about the adaptations many had for living in the sea, and seeing the looks on kids’ faces when they touched a shark for the first time or interacted with beluga. 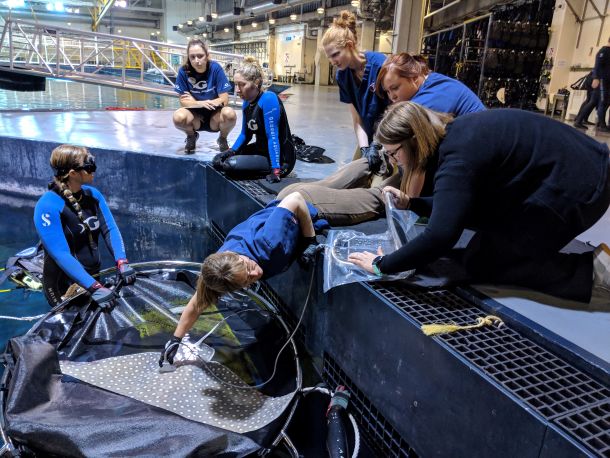 I was inspired by the opportunities for conservation work. It was at that time, late in undergrad, that I decided to become a veterinarian. I had enjoyed biology, anatomy, and physiology, had grown up involved in frequent medical discussions, and had gotten over my discomfort with blood. I wanted a career as a veterinarian at a place that inspired people to care about the natural world, whose mission was to protect and conserve nature, and where I could make a valuable contribution to the lives of the animals serving as ambassadors for their species.

At that time, I was told that it was unlikely I’d ever get to be a vet a SeaWorld, as those positions were just too competitive. I took that as a challenge and 14 years later I was hired as a Senior Veterinarian at SeaWorld Orlando. It was a long road to get there, marked with years of school and post-graduate training programs, but I had amazing mentors along the way, including Drs. Kathryn Gamble, Jennifer Langan, Judy St. Leger and many others. 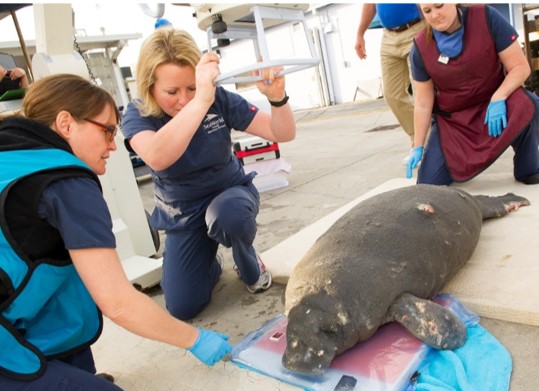 After graduating from Louisiana State University School of Veterinary Medicine (Geaux Tigers!) I spent a year at a high-volume specialty dog and cat hospital in Boston, followed by a year training as a veterinary intern at Mystic Aquarium. I was then lucky enough to land a position as the first veterinary resident at the Chicago Zoo and Aquatic Animal Residency training program, where I rotated between Lincoln Park Zoo, Shedd Aquarium, Brookfield Zoo, and the University of Illinois.

Since completing that program, I’ve worked as a veterinarian at the Oklahoma City Zoo, SeaWorld Orlando, and the Georgia Aquarium. With each new role, I took on new leadership and education responsibilities training veterinary students, interns, and residents. I’ve served on several professional organization committees, including the American Association of Zoo Veterinarians, of which I am the current President. 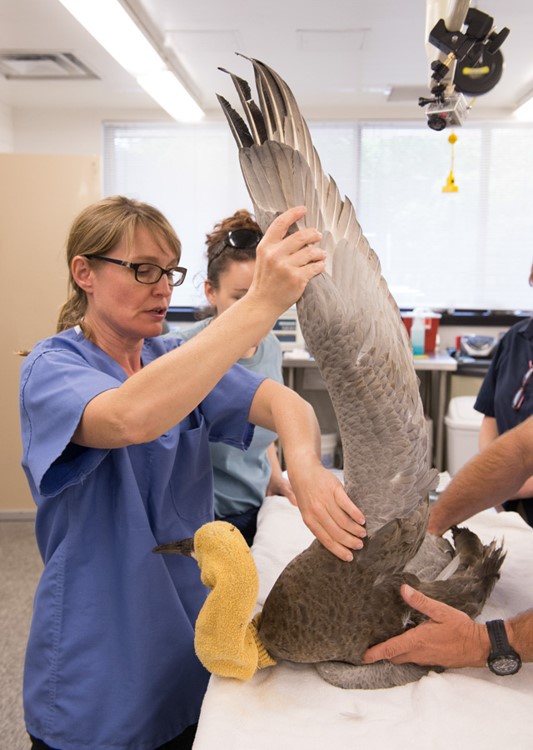 My career highlights so far have included attending the births of an elephant and a walrus calf, bottle-feeding a walrus, helping injured wild African penguins at a rehabilitation facility in South Africa, caring for and releasing sea turtles, manatees, and sandhill cranes back into their natural habitats, and witnessing countless ill animals make their way back to health through strong will and dedicated caretakers.

In 2020, when a leadership position opened at WCS’s New York Aquarium, I was excited. I knew and respected the veterinarians at WCS and admired the organization’s long-standing dedication to conservation and nature. I welcomed the opportunity to grow as a department head within WCS, and I loved the possibility of living in the big apple. 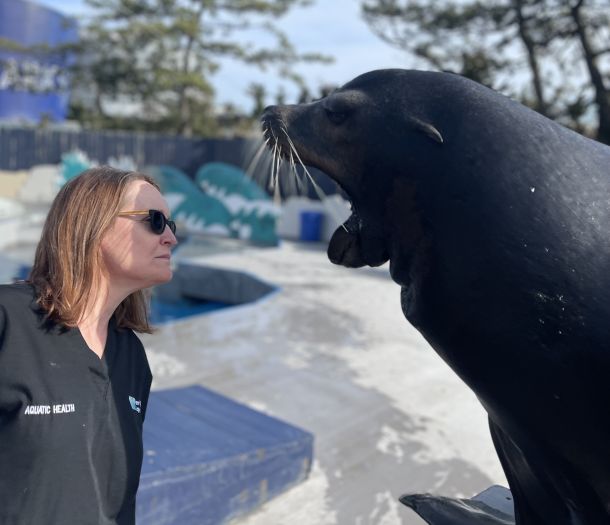 I was thrilled to be selected for the position and have loved it since arriving in mid-2021. The animals are fantastic, but it’s really the people who set the tone and make WCS what it is. That work has only reaffirmed my decision to pursue this career so long ago. I’ve had some amazing life experiences. I only hope I’ve been able to influence others to pursue their own dreams and appreciate life’s nuances along the way.