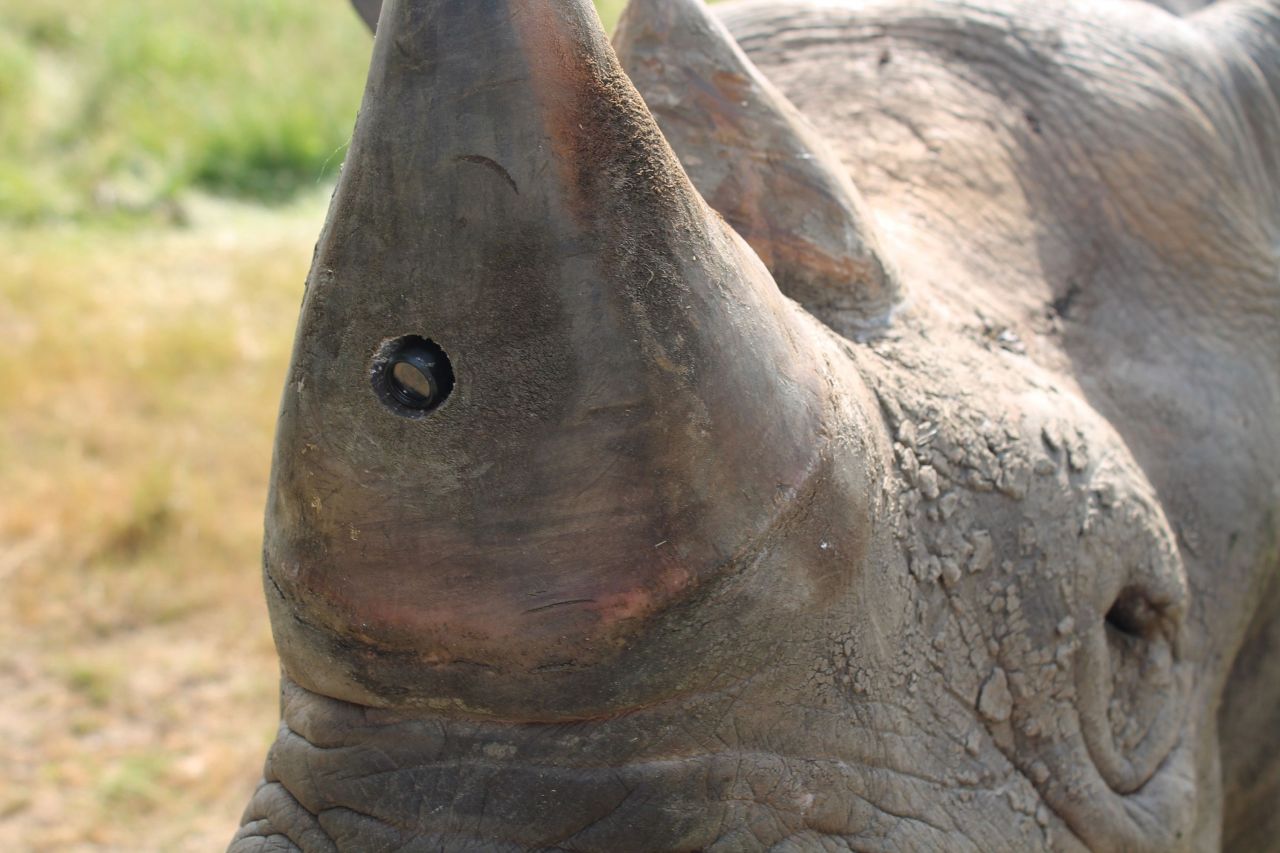 A  hole drilled into the rhino’s horn holds a tiny video camera that may help identify poachers.

A British company has developed a round-the-clock electronic monitoring system that could stop poachers from killing rhinos for their valuable horns. According to CNET News, the system, nicknamed RAPID (Real-time Anti Poaching Intelligence Device):

…combines a satellite GPS collar, heart-rate monitors embedded under the skin of the rhinos and a small camera placed in a hole drilled in the rhino’s horn. If a drastic change occurs in the rhino’s heart rate –– such as might occur if a rhino were shot –– the camera switches on and an alarm sounds. An anti-poaching team can be dispatched within minutes via truck or helicopter to try to catch the perpetrators, while footage captured may aid the prosecution.

Previous attempts to thwart poachers have included removing the rhinos’ horns, painting them with toxic pink dye and protecting the rhinos with 24-hour armed guards. However, none of these strategies have been very effective and the killing only seems to be ramping up. Last year, for example, South Africa saw the slaughter of a record 1,215 rhinos, a 21 percent increase over the previous year. Demand for the horn is fueled largely by the Asian black market where it can fetch up to $45,000 per pound.

Steve Piper, a director of Protect, the company that designed the system, told The Verge:

“RAPID provides a ‘missing link’…because it allows authorities at national parks and reserves to instantly pinpoint the location of a rhino under threat. The system’s three components communicate wirelessly, and the heart monitor’s battery would only have to be replaced a few times over the course of a rhino’s lifetime. The embedded camera also poses no risk to the rhino’s health, and can be implanted painlessly”

The system has already been tested in the field and the results published in the Journal of Applied Ecology. Protect’s South African team hopes to roll out the first rhino prototypes within months and are also working on versions for tigers and elephants.

Watch a short video showing a field test of the RAPID system’s camera: