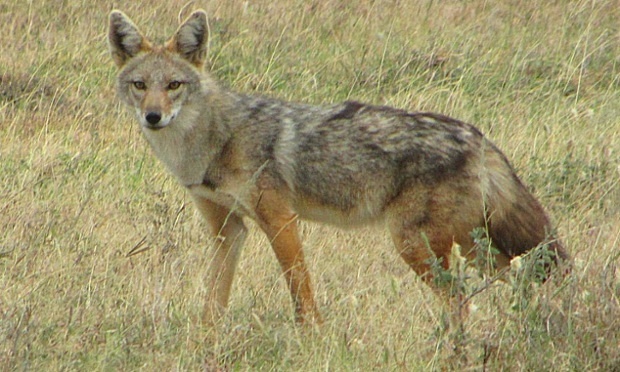 The golden jackal, which lives in East Africa and Eurasia, is actually two distantly related species—and one of them is a new species of wolf, a new study says.

Dubbed the African golden wolf, it’s the first new species of canid—a group that includes wolves, coyotes, and jackals—discovered in 150 years. Africa is also home to two other wolf species, the gray wolf and Ethiopian wolf.

Though golden jackals look mostly the same—the Eurasian animals are slightly smaller than the African ones, with a narrower skull and slightly weaker teeth—in-depth analysis of their DNA revealed two species that have evolved separately for millennia.

The results of the analysis, published in the journal Current Biology, show that the two species arose independently, at different points in history. “We found that the African golden jackal lineage split from gray wolves plus coyotes about 1.3 million years ago. The Eurasian golden jackal lineage, however, split about 600,000 years prior to that” Klaus-Peter Koepfli, a researcher at Saint Petersburg State University and lead author of the study, told The Guardian.

In addition to a new common name, the African golden wolf, the study authors have proposed a new scientific moniker–Canis anthus. This was the name first proposed in 1820 by French zoologist Frédéric Cuvier in his description of this species.