Sea Turtle: Sea turtles are ancient species, having been around since the time of the dinosaurs. Fossils from the oldest marine turtle date back 120 million years. 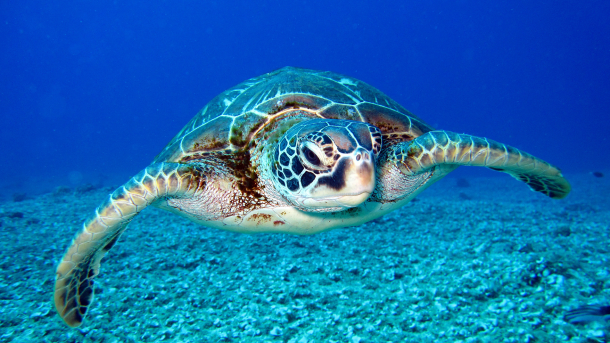 Photo of a hawksbill turtle by Richard Segal from Pexels.

Females and males are the same size for each species. The leatherback sea turtle is the largest of the species, measuring 6 to 9 feet in length and 3 to 5 feet in width, weighing up to 1,500 pounds. The other six species of turtle are smaller, most of which are between 2 and 4 feet long and are proportionally narrower. 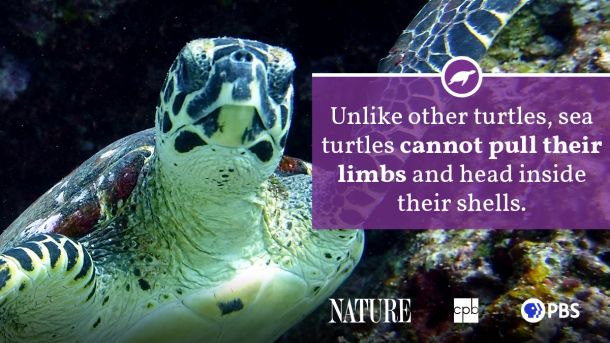 Sea turtles are characterized by a large, streamlined shell and non-retractile head and limbs. Unlike other turtles, sea turtles cannot pull their limbs and head inside their shells. Their limbs are flippers that are adapted for swimming, so they are vulnerable while on land.

Many of the sea turtle species are named for aspects of their physical appearance. For example, the leatherback turtle is named for its shell, which is leather-like rather than hard, like other turtles. 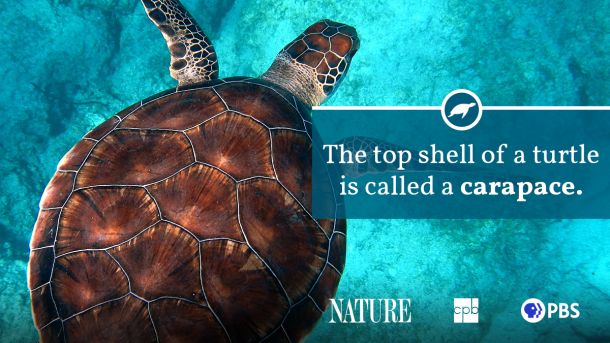 Of the different species, the green turtle is the only herbivore. Their diet evolves with age. As juveniles, they are omnivorous, but as they mature, they become exclusively herbivorous. They use their serrated jaw to eat seagrass and algae.

Kemp’s ridley, olive ridley, loggerhead and hawksbill sea turtles are omnivorous their entire life, eating a wide variety of both plants and animal life. Seagrasses, seaweed, sponges, mollusks, worms and fish are included in their diet.

Sea turtles spend the bulk of their lives in the ocean. However, they periodically come ashore to either bask or nest. 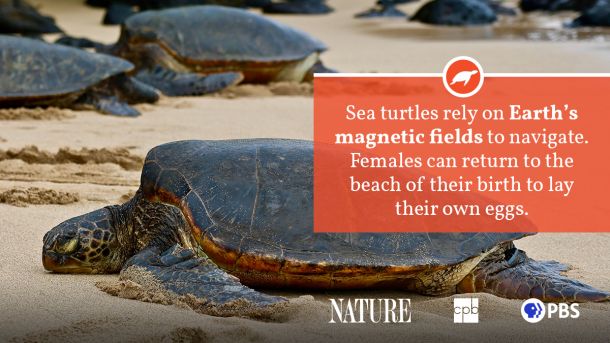 Sea turtles can be found in all oceans except for the polar regions. They are known for their migratory patterns. Leatherback sea turtles are one of the most migratory, crossing both the Atlantic and Pacific Oceans. Pacific leatherbacks migrate from nesting beaches in the Coral Triangle all the way to the California coast.

Hawksbills are found mainly throughout the world’s tropical oceans, predominantly in coral reefs. Green turtles are found mainly in tropical and subtropical waters. Loggerheads are the most common turtle in the Mediterranean, nesting on beaches from Greece and Turkey to Israel and Libya. 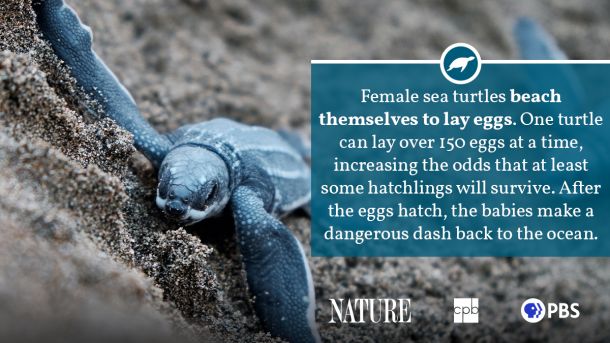 It takes 20 to 30 years for a sea turtle to reach sexual maturity. When a female is ready to lay eggs, she returns to the nesting beach where she was born, even if she has not been there for 30 years. Some females nest every year until the age of 80.

Each species breeding pattern varies. For example, the Kemp’s Ridley is the only sea turtle that nests predominantly during daylight hours. Females often gather in a large group to come ashore and nest, which is called an arribada, which is Spanish for “arrival.”

Once the female sea turtle returns to the beach to lay her eggs, she can lay over 150 eggs at a time. This large number gives her hatchlings a higher chance of survival. The sex of the sea turtle is determined by the temperature of the nest, rather than by chromosomes. Higher temperatures, 88 degrees Fahrenheit or over, produce more female hatchlings, while cooler nests produce more males.

After the eggs hatch, the babies make a dangerous dash back to the ocean. The hatchlings must escape natural predators like birds, crabs, raccoons and foxes to make it to the sea. Once in the water, hatchlings are consumed by predators like seabirds and fish. Few hatchlings survive to adulthood, with estimates ranging from one in 1,000 to one in 10,000.

Few sea turtles survive to adulthood. Sea turtles’ natural lifespan is estimated to be 50 to 100 years. 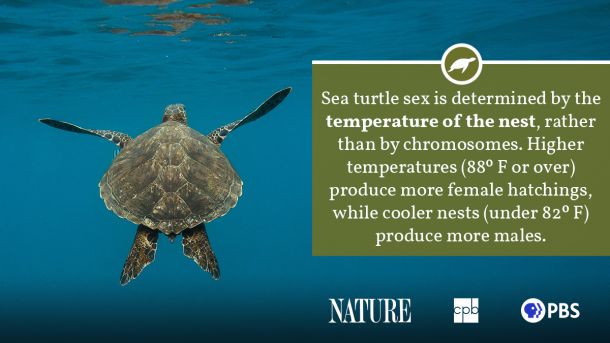 Over the last 200 years, human activities have caused a significant decline in sea turtles. Sea turtles are desired for their eggs, meat, skin and shells, so poaching and over-exploitation are a major threat to sea turtles.

Habitat destruction is another major threat. Many nesting beaches have been overcome with human activity. Artificial lights from nearby homes likely impact the hatching’s ability to make it safely to the ocean. Human waste, such as plastic, on both the beaches and in the ocean, is also harming the species.

Nearly all species of sea turtle are now classified as endangered. Every species is affected differently by these threats. For example, leatherback turtles have seriously declined during the last century as a result of intense egg collection and fisheries bycatch. While globally, leatherback status according to IUCN is listed as Vulnerable, but many subpopulations, such as in the Pacific and Southwest Atlantic, are Critically Endangered, according to the World Wildlife Fund. 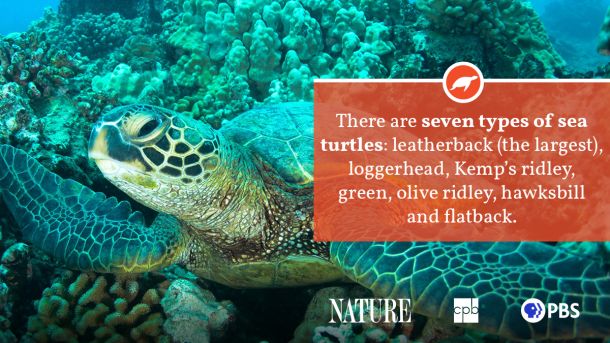 Conservation groups are working to protect sea turtles. Among these groups is WWF, which is working around the world to eliminate sea turtle bycatch from fisheries, reduce the unsustainable harvest and illegal trade in sea turtles, and stem the loss of critical sea turtle habitats. WWF believes that many of these objectives are achieved by establishing and strengthening protected areas around nesting beaches, raising awareness and promoting ecotourism, lobbying for turtle-friendly fishing practices, and more. 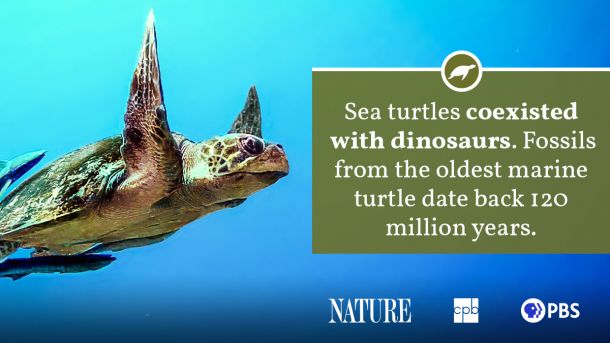