Coral reefs cover less than 1 percent of the Earth’s surface yet feed and shelter a significant amount of marine life, including some 4,000 species of fish. At least 500 million people rely on reefs for food, coastal protection, and their livelihoods. In the U.S. alone, NOAA estimates the commercial value of fisheries from coral reefs at more than $100 million annually. Worldwide, reefs generate billions of dollars per year from fisheries and tourism.

However, these vital ecosystems face an increasingly bleak future. 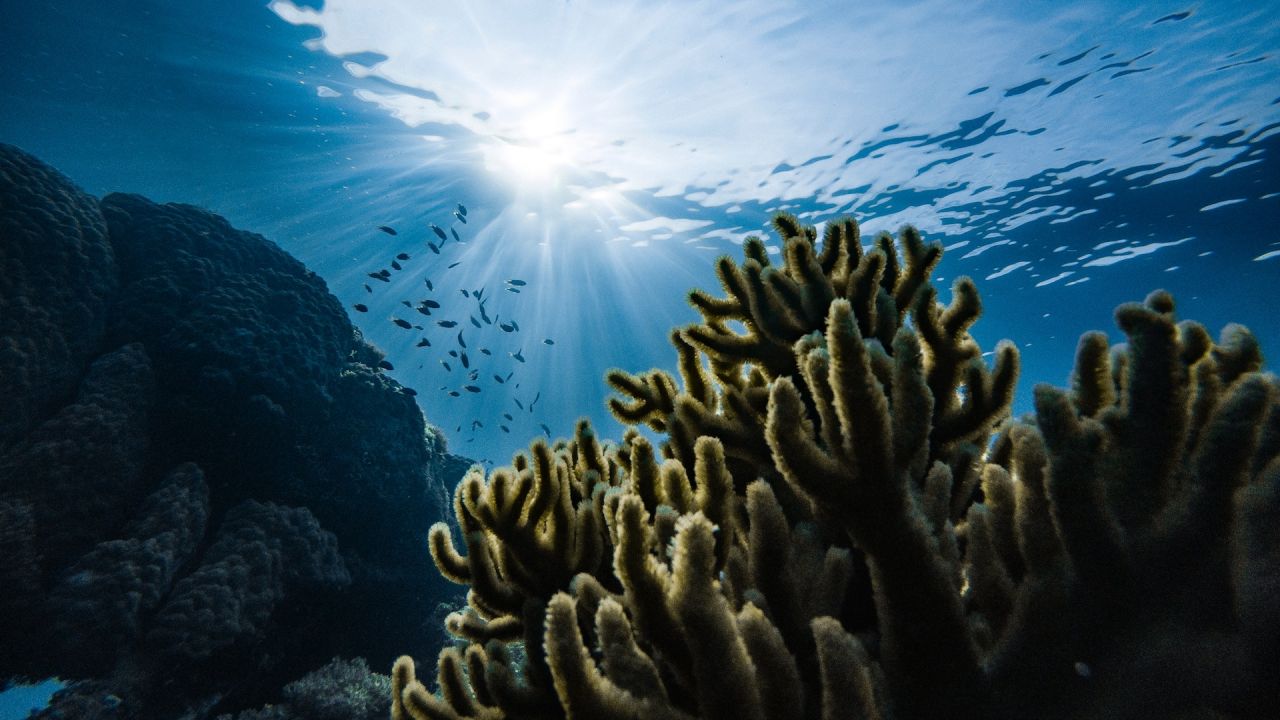 According to a report from the Committee on Interventions to Increase the Resilience of Coral Reefs at the National Academies of Sciences, Engineering and Medicine, tropical coral reef coverage around the world has declined by 30 to 50 percent since the 1980s. Nearly 75 percent of the world’s reefs face threats from pollution, habitat destruction, overfishing and, increasingly, a changing climate that increases temperatures, sea level, and acidity in the oceans.

Bleaching refers to when corals lose their photosynthetic algae. Coral reefs consist of thousands of individual animals, called polyps, that get 80 percent of their nutritional requirements from algae living in their tissues. All coral species have preferred temperature ranges and at temperatures above that range, stressed corals expel the vibrantly colored algae. The coral skeleton then appears white, or bleached. If water temperatures drop to normal ranges, the algae may grow back from a small number of cells not expelled. If not, the coral will eventually starve.

Global coral bleaching events are those affecting reefs in the Atlantic, Pacific and Indian Oceans within the same year. The first documented global bleaching event occurred from 1997 to 1998; at least 15 percent of reefs worldwide died. A second event happened in 2010 and another from June 2014 to May 2017. That one affected more than 70 percent of the world’s reefs – the longest, most widespread, and most damaging event on record, according to The Nation Oceanic and Atmospheric Administration’s Coral Reef Watch. It affected reefs that had never bleached before, including the northernmost part of Australia’s Great Barrier Reef.

The latest analysis by NOAA’s National Centers for Environmental Information shows 2019 tracking to be the third warmest year on record, according to Coral Reef Watch coordinator Mark Eakin. NOAA also forecasts above-average sea surface temperatures in the Northern Hemisphere through the summer.

“The problem is we just came off the most severe bleaching episode ever,” says Eakin. “The Great Barrier Reef lost half its coral. Other locations lost more than 90 percent. Are they going to have time to recover before the next event?”

Probably not. Studies show that in best case scenarios, major regrowth by fast-growing corals occurs in 10 to 15 years, Eakin says. And that only represents the beginning of recovery, much like replacing a forest with shrubs. While bleaching events used to be rare, the time between severe events has diminished steadily. Scientists warn that repeated bleaching could lead to the collapse of these ecosystems within 30 years and the disappearance of 90 percent of reefs by 2050.

Scientists in coral labs around the world are scrambling to make sure that doesn’t happen. Seven of the 23 interventions in the report are currently deployed locally, says Stanford University’s Stephen R. Palumbi, chair of the committee, including enhancing coral populations with nurseries and making nurseries from existing local heat-resistant corals.

The biggest hurdle for any intervention is scaling it to make a difference at the regional and even global levels. “It’s relatively easy to grow tens of thousands of corals in restoration settings,” Palumbi says. “But restoring tens to thousands of miles of reef is a vastly bigger challenge.”

Any effort, he adds, must occur in the context of eliminating carbon dioxide emissions and reducing local stressors such as pollution, fishing, and sedimentation so transplanted corals can grow and thrive.

“Things in the report are excellent and we should be doing them,” Eakin says, “but it won’t be enough without stopping things we are doing to cause climate change.”

Corals appear in the fossil record more than 400 million years ago and evolved into their modern reef-building forms during the past 25 million years. What a shame if humans wipe them out in a few decades.