Many of us have seen images taken from space of the Earth at night. The planet sparkles, dazzling light from cities connected to each other by bright tendrils. It looks eerily beautiful and somehow festive. But this beauty actually is light pollution and it has, pun intended, a dark side. 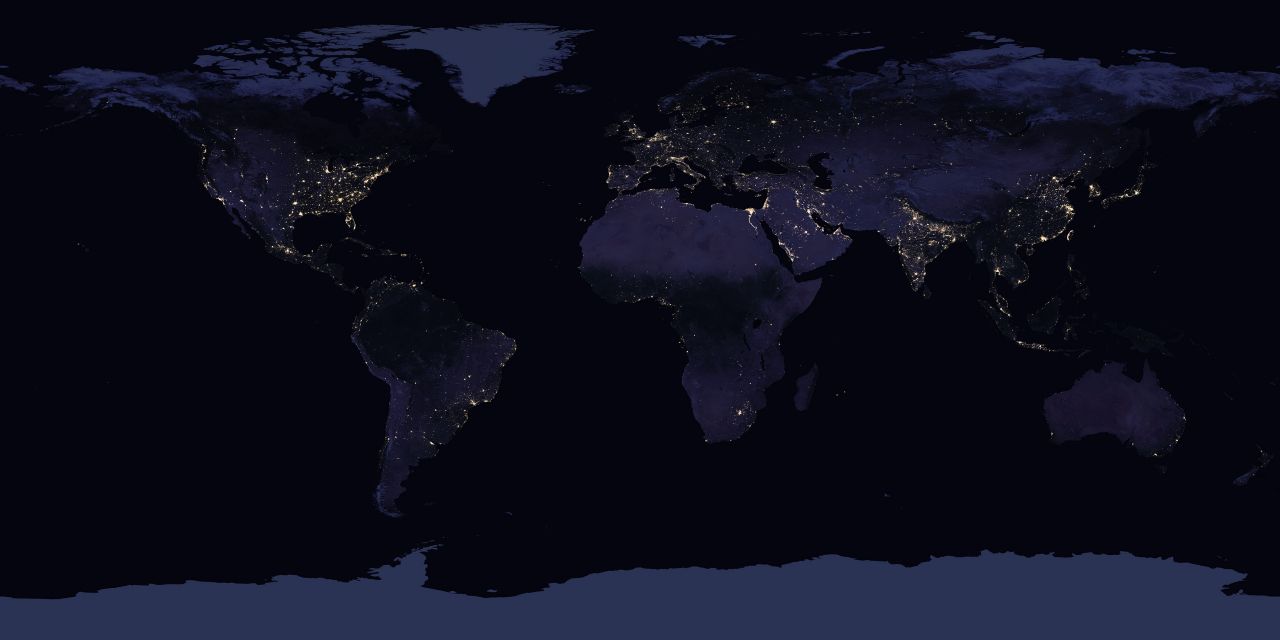 Image of Earth at night via NASA.

The International Dark Sky Association defines light pollution as “inappropriate or excessive use of artificial light.” According to the World Atlas of Artificial Night Sky Brightness, 80 percent of the world’s human population lives beneath skyglow and 99 percent of people the United States do not experience a naturally dark night. Light pollution harms human health and wastes energy. A growing body of research shows it also affects wildlife in many ways, including, according to some recent studies, by increasing predation on insects, decreasing amphibian reproduction, and interfering with nocturnal pollinators.

Fruit-eating bats spread the seeds of a number of plants, and are one of the few animals that disperse them into open habitats such as cleared land. But scientists recently found that seed-dispersing bats avoid feeding in areas with light pollution. That means artificial light could hamper forest regeneration in the tropics, even as deforestation becomes an increasingly serious problem.

Light pollution also bears some of the blame for the decline of insects. Scientists recently reported that more than 40 percent of insect species face extinction – a rate twice as high as that of vertebrates. Some areas show an annual 2.5 percent rate of loss, which may not sound like much but translates to a quarter fewer bugs in 10 years. This loss will be keenly felt throughout ecosystems, as insects serve as food for reptiles, amphibians, birds, fish, and even many mammals. Biologist E.O. Wilson, professor emeritus at Harvard University, once said: “if insects were to vanish, the environment would collapse into chaos.”

Changes in climate and habitat, including expanding agricultural land and use of insecticides, bear the blame for much of this precipitous decline, but artificial light also plays a role. After all, half of all insect species are nocturnal, relying on darkness to escape predators and natural light from the moon and stars to navigate, feed and reproduce. And as anyone with a porch light knows, artificial light attracts insects, where they circle and die from exhaustion or become all-too-easy meals for predators. This attraction also removes insects from the habitats where they belong and away from other animals that need them for food or plants that rely on them for pollination.

Even marine zooplankton feel the effects of artificial light. In oceans around the world, these tiny animals migrate vertically in response to the natural light cycle, ascending to the surface in the dark and descending into the depths during the day. This behavior is disrupted by artificial light, including, according to one report, the artificial light from the very research vessels attempting to study the creatures, as well as lighting from increasing commercial shipping traffic and fishing operations. Messing with these vertical migrations has wider implications, as zooplankton move millions of tons of organic carbon to ocean depths, contributing to ocean sequestration of carbon dioxide and helping to mitigate climate change.

Artificial light stresses amphibian populations, another recent study found and has the potential to make these animals more susceptible to the effects of other sources of stress in their environments. Specifically, exposure to artificial light at night decreased hatching success in tadpoles and made them more susceptible to parasites. Such effects ripple through the ecosystems in which these amphibians live.

Fortunately, light pollution is an easy problem to solve, and doing so doesn’t even require keeping people in the dark. Simply use outdoor lighting only when and as brightly as needed, with fixtures that direct light downward to where it is needed. The bats and the bugs will thank you.