The National Park Service is re-introducing wolves to Isle Royale National Park in an effort to restore the role of these predators in the island ecosystem. Between 2009 and 2018, the population fell from 24 wolves to only two. 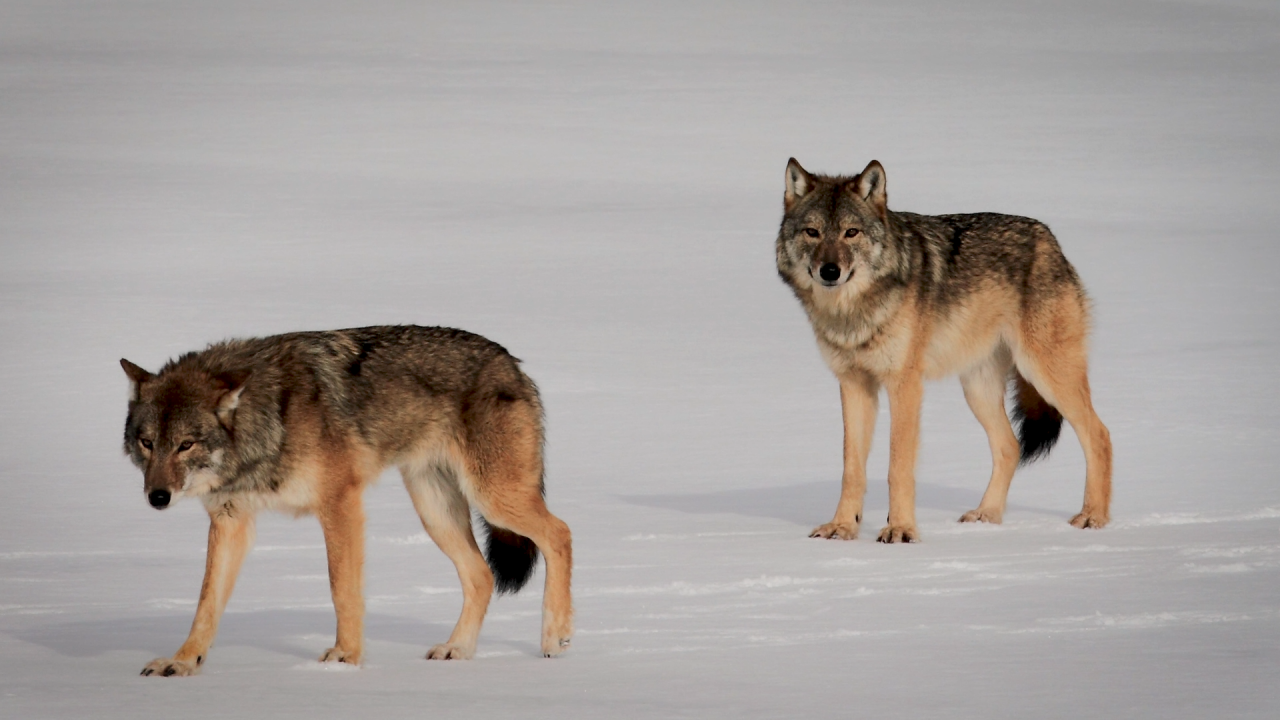 This decline was partly because of the spread of canine diseases to the island and genetic inbreeding. Common in small, isolated populations such as those on islands, inbreeding accumulates over generations.

The park service released the first relocated wolves in September 2018, with more following in October 2018 and March 2019. As of May 29, 2019, the population totaled 14 wolves, 12 successfully translocated and the two already there. A female released in October left the island on January 31, 2019, traveling over ice on Lake Superior. Two translocated wolves died, one in November and another in March.

Neither event surprised experts, says John A. Vucetich, a professor at Michigan Technological University and an author on the university’s latest annual report from its six-decades long ecological study of Isle Royale moose and wolves. For one thing, wolves arrived here in 1948 by crossing an ice bridge between the island and the Canadian mainland, much like the one the translocated female used. For another, annual survival of wild wolves in the nearby Upper Peninsula of Michigan is approximately 75 percent, meaning annual mortality of roughly 25 percent is not unexpected.

Fortunately, the rest of the introduced wolves “are all doing their thing,” Vucetich says.

Wolves are an important part of a healthy Isle Royale ecosystem, he explains. “One thing we know about ecosystems, they need a top predator. The population of moose on the island has risen to high levels, and these large herbivores can do a lot of damage to the forest. There was no doubt we were beginning to see intense browsing pressure, with moose starting to break trees to get to branches out of reach.”

Before its steep decline, the island’s wolf population typically varied from 18 to 27 animals, organized into several packs. The current moose population on the island numbers more than 2,000, versus approximately 500 in 2011. Comparing the annual numbers of wolves and moose on the island makes clear that the former kept the latter in check. If the island became completely wolf-free, Vucetich says, moose could do enough damage to the forest that it might not recover.

NPS made the decision in June 2018 to relocate 20 to 30 wolves to the park over a period of three to five years. That number helps ensure adequate genetic diversity, as does bringing in wolves from diverse geographic areas, including Canada and Minnesota. The two island-born wolves, now 10 and 8 years old, are highly inbred, father and daughter as well as half-siblings.

The wolves themselves have a lot to say about what comes next, according to Vucetich.

“Many of the wolves didn’t know each other when they got there,” he adds. All wolves are born into a pack with a rich social life. Many eventually disperse or leave the pack into which they were born, the lucky ones finding a mate and forming their own pack. The translocation effectively forced a number of wolves to disperse at the same time. None of them seem to have formed social bonds so far, but Vucetich isn’t worried.

“Two things make wolves get together, either reproduction or needing to work together on prey,” he explains. “They will form social bonds when either of those two things come into play. Right now, there are lots of moose calves, which are easy for a wolf to take, and reproduction is only a factor early in the year.”

All of the introduced wolves wear collars, and MTU researchers also have GPS collars on about 20 moose. Vucetich expects big insights from those. “Moose have had about 10 years where they didn’t have to worry much about wolf predation, and now their lives are going to change.”

Thanks to the island’s terrain, wolf sightings remain rare, although visitors may see tracks or hear howling. There is also the existential pleasure of knowing you’re in a place where wolves live, he adds.

“Isle Royale is a place that had a large predator, a large ungulate, and a forest, and humans really hadn’t been involved at all,” he says. “That circumstance used to be true in many places on the planet, but the island may well be the last where you have all three without serious impact by humans. Whether that is important is a judgment call.”

So far, the call is in favor.