This piece comes to us from the Wildlife Conservation Society (WCS). To honor Hispanic Heritage Month, WCS and Nature are bringing you five stories in the fields of nature and conservation. 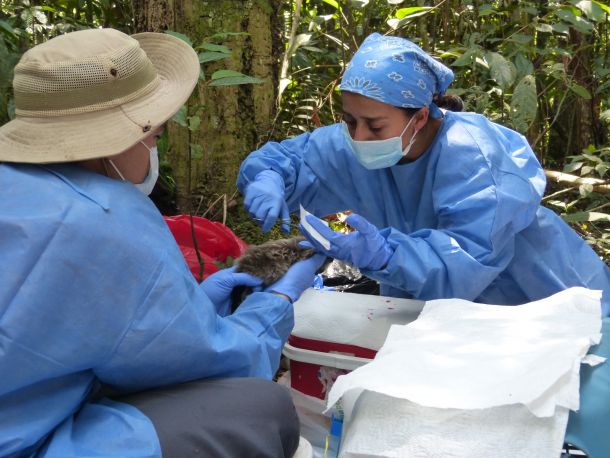 Q: What kind of work or projects are involved in a Wildlife Health Program?

Luz Dary Acevedo (LDA): We follow a One Health approach, which looks at the connection between human, wildlife, livestock, and ecosystem health. We have been involved in multiple projects. In some, health is the central component. For example, we do surveillance of emerging diseases such as avian influenza to understand where and when the disease is occurring. In other cases, health is one component within a larger conservation program for a threatened species like the white-footed tamarin (Saguinus leucopus), one of the most trafficked primates in the country.

Q: How did you start your career as a veterinarian focused on wildlife?

LDA: I started as a volunteer in an association for animal health at Tolima University, where we put together a committee focused on wildlife. Then I became a volunteer at the Cali Zoo, where I also did an internship and my undergraduate project, a study of the pacarana (Dynomis branickii), one of the largest and most elusive rodents in the world. 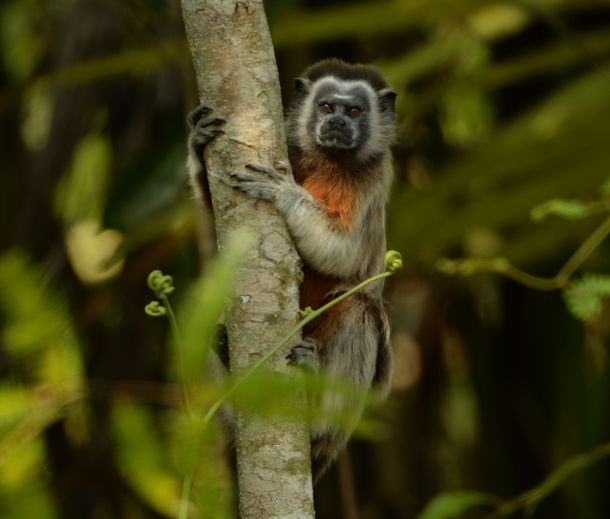 The white-footed tamarin (Saguinus leucopus), one of the most trafficked primates in Colombia. WCS Colombia has studied its health condition under different natural environments, led by Luz Dary Acevedo and the health team. Photo credit: Pato Salcedo/WCS

Q: What motivated you to do this type of work?

LDA: My family loves animals and wildlife. I grew up near natural environments that I visited often. I originally considered studying biology, but I thought veterinary medicine would allow me to have direct contact with animals and save many individuals. In college, that feeling changed again and I thought I should focus on species and populations, not only individuals. Besides, there were many good veterinarians, but I knew very few people thinking about health issues at the population or even at the species level.

Q: What are the challenges of working in wildlife health in Colombia?

LDA: The biggest challenge is how little attention has traditionally been given to this topic at the national and even international level, though this is changing due to COVID-19. Health authorities (and society in general) do not understand the importance of assessing wildlife dynamics from a One Health perspective, which helps us understand the risks to global human health arising from our degradation of nature. This makes it hard to find the resources or establish collaborations to evaluate these dynamics, generate prevention measures, and develop tools to address emerging diseases coming from wildlife.

Q: Which has been a Project that you really enjoyed and why?

LDA: During my time in WCS I’ve participated in four big projects that involve wildlife health and conservation: 1) The National Surveillance Plan for avian influenza in aquatic birds; 2) Health status and conservation genetics of the white-footed tamarin (Saguinus leucopus); 3) The Colombian national strategy for amphibian conservation; and 4) The health component for the reintroduction program for the Critically Endangered Orinoco crocodile (Crocodylus intermedius). I lean toward projects that are holistic, where conservation strategies consider health as an essential component to assess the state of a species, community, or ecosystem. 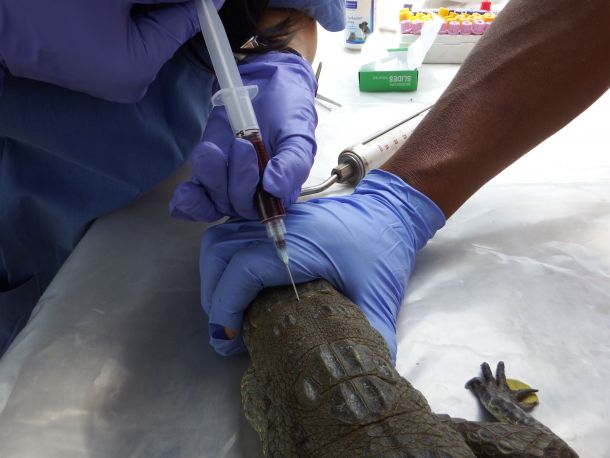 Q: In your opinion, what are the critical questions or challenges in wildlife health now and in the coming years?

LDA: In Colombia and Latin America it is necessary to consider health in the context of wildlife conservation and territorial planning. We need to look at pathogens that could spill over from wildlife to people because wildlife in Colombia is increasingly in contact with humans due to land-use change and illegal trafficking. The biggest obstacle perhaps is the lack, or limited availability, of diagnostic tests for many diseases. It is imperative to strengthen our diagnostic capacity to detect diseases besides those affecting domestic animals.

Q: Has anyone in particular had a big influence on your career?

LDA: I have learned enormously from the WCS health team and our partners. Marcela Uhart has been a positive influence. She is a wildlife veterinarian from Argentina whom I´ve known since my internship at the Cali Zoo. She was the first Health Coordinator that I interacted with when I joined WCS and has led many initiatives in vet medicine, conservation, and One Health in Latin America. 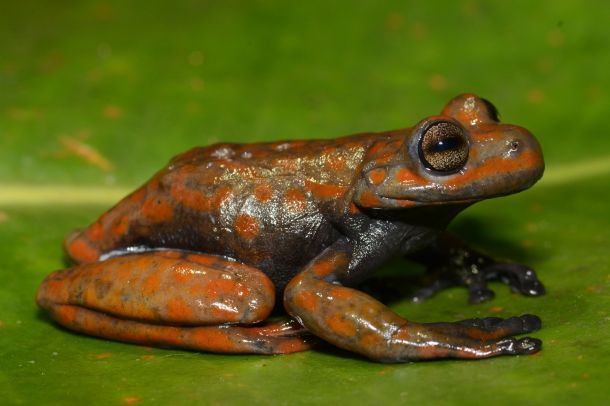 A key initiative in the conservation of the amphibians of Colombia is to evaluate the presence of the fungus Bd in Protected Areas. This western Andes tree frog (Hyloscirtus sarampiona) from Munchique National Park was positive for the fungus. Photo credit: Gustavo Gonzalez/WCS

Q: What advice would you give to other Latin American women who wish to pursue a wildlife health career?

LDA: I would encourage them. There are very few of us now and we need many more women to better understand wildlife health dynamics in the region. The road is not easy, but if we believe in the contribution that health evaluations make to conservation—and to better territorial planning and well-being of local communities—I believe it’s worth the effort. New hands and ideas are needed as we continue building and implementing One Health in Latin America.