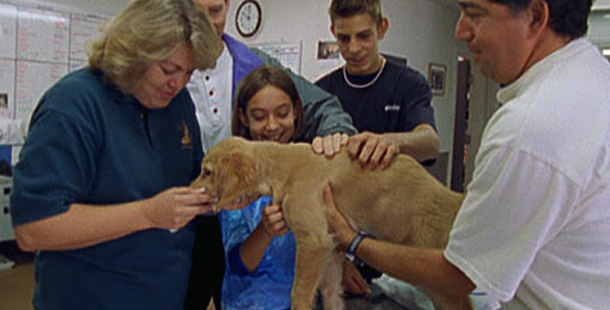 Chad, a teenager with cerebral palsy who lives near Seattle, relies on Twany, his German shepherd service dog, to help him get through the day. But Twany didn’t train herself. She came to Chad after graduating from the Prison Pet Partnership Program. As seen on NATURE, this is a Washington State project in which female prison inmates train dogs rescued from shelters.

For the inmate trainers, working with dogs has been an education in the benefits a canine companion can offer anyone. Under the direction of Jeanne Hampl, this nonprofit program, based at a corrections facility for women in Washington State, has trained service dogs for people with disabilities since 1982. Hampl rescues good-natured dogs from pounds and introduces them to their new trainers — felons who volunteer to teach the dogs service skills and who must qualify for the program by showing model behavior. The dogs live in the inmates’ cells with them while the dogs are in training. 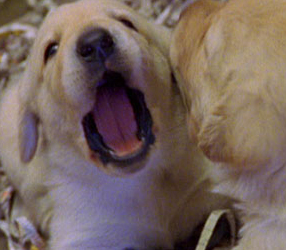 During that time, the dogs learn how to perform tasks — opening doors or turning on lights — that their future owners cannot do by themselves. According to Hampl, there is a waiting list of about 20 people eager to have service dogs of their own. Like Chad, they know that the assistance of a service dog can make a huge difference in their lives. The dogs themselves, saved from a grim fate, become true companions, best friends, and helpmeets to their new owners. The third part of the equation is the prisoners. Hampl must choose carefully, matching dogs not only with their future owners but with inmates suited to the task. Many of these women emerge from the experience transformed: they gain confidence, important job skills, a sense of accomplishment, and best of all, the unconditional, life-changing love of a dog. The program’s effects foster cooperation and camaraderie throughout the prison. Hampl speaks of an “amazing change” that comes over the inmates. “None of the trainers is allowed to have a major infraction,” she says, “and they know they have a lot to lose if they screw up.” An inmate stays on her best behavior in the knowledge that her hard work will mean a better life for another person, a dog, and perhaps even herself.

Equus "Story of the Horse" | Episode 2: Chasing the Wind
The Good, the Bad, and the Grizzly
The Whale Detective
Natural Born Rebels | Episode 1| Hunger Wars
Dolphins: Spy in the Pod | Part 2
Living with Snow Leopards–Tashi’s Story: A NATURE Short Film