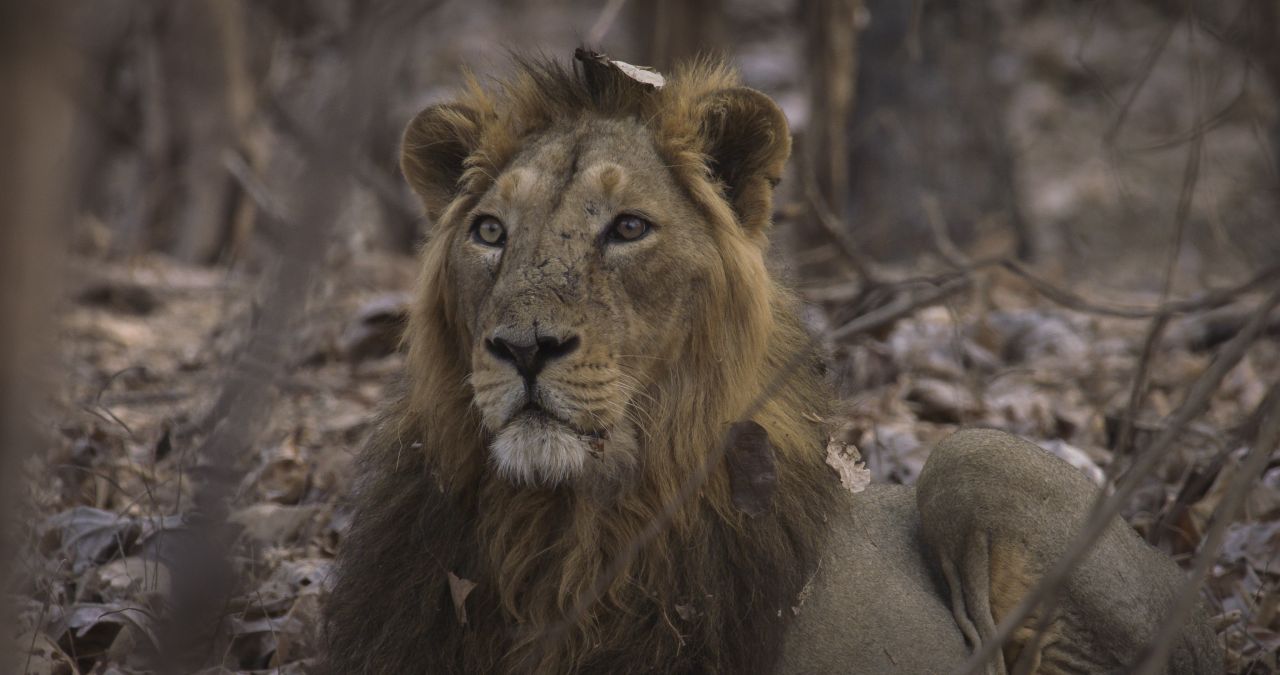 We typically associate lions with Africa and with good reason. Of the roughly 20,000 lions left in the wild, almost all are found in Africa. With one notable exception: the Asiatic lions of the Gir forest.

The Asiatic lion (panthera leo persica) is similar in most respects to its African cousins. The most prominent differences are a fold of skin that runs along its belly and a reduced mane in males. About half of the remaining population have a split infraorbital foramen, the hole under the eye socket where facial nerves pass through. It’s thought these differences may be due to inbreeding. 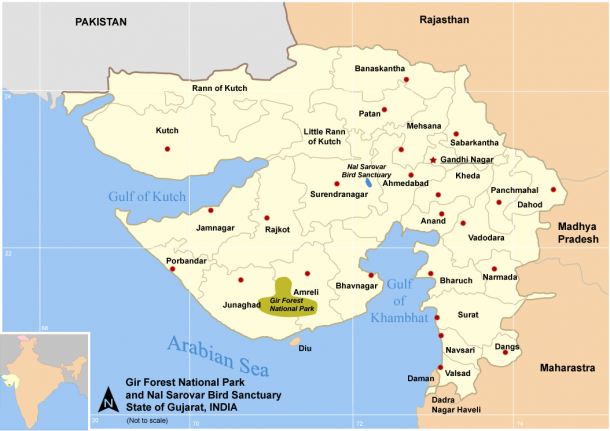 Up until the 17th century, Asiatic lions were found as far west as Palestine and throughout Arabia, Persia and Northern India. The spread of firearms and indiscriminate hunting led to their extinction in most of these areas. By the end of the 1800s only a small population remained in Junagadh province on India’s west coast.

Once the hunting grounds for the royalty of Junagadh province, the Gir forest became Asiatic lion’s last refuge. In the early 1900s, Nawab Muhammad Rasul Khanji Babi, the ruler at the time, noticed the lions had all but disappeared; he counted only 12 in the entire forest. Fearing their extinction, he declared the Gir a protected area.

In 1936, the first official lion census was conducted and found 150 lions. Since then, a census has been taken every five years and has generally shown an upward trend. The most recent census, taken in 2015, counted 523 lions living in the Gir. This was welcome news as the population had grown by about 27 percent from 2010 and suggests conservation measures are having an effect.

In 1965, the Indian government declared the Gir forest a wildlife sanctuary. The sanctuary was expanded to cover peripheral forests, and the core area named Gir National Park. Today, the Gir covers a 545 square-mile area of deciduous forest, thorn forest and savannah. It plays host to a number of other large carnivores including leopards, spotted hyenas, honey badgers and golden jackals.

Beginning in 1972, human activity was prohibited inside the park. The Maldhari, tribal herdsmen who once supplied milk and cheese to Indian royalty, were relocated and prohibited from grazing their cattle in the forest. The lions and herdsmen had coexisted rather peacefully for centuries even though the lions often poached Maldhari cattle. A study conducted in the mid-1970s found that up to 75 percent of the lion’s diet consisted of livestock.

However, concerns about overgrazing, deforestation and the spread of disease to wild ungulates convinced the government to move the Maldhari and their cattle. To discourage harm to lions, as well as forest grazing, the Indian government compensates the herdsmen for cattle killed near the park, but not inside of it. 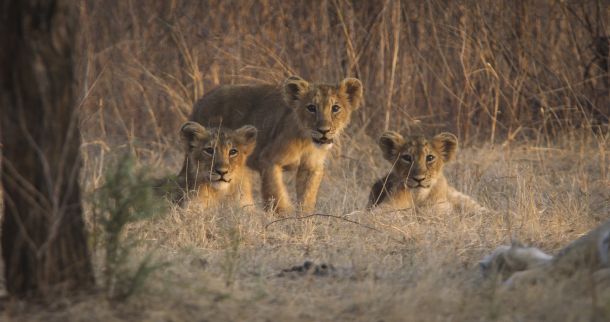 With the Maldhari moved to the periphery, the population of wild ungulates in the Gir has soared. The total number of prey species, such as spotted deer, wild boar, sambar (large deer), blue bull, chinkara (gazelle), and chousingha (four-horned antelope) have increased by 600 percent. As a result, the lions’ diet has shifted. A recent survey of scats (feces) found that only 25 percent of the their diet now consists of domestic cattle.

By any measure, the lions of the Gir are a conservation success story. In fact, they may have become too successful, overgrowing the bounds of their sanctuary. As much as 40 percent of the population now lives outside the park bounds in satellite groups. Here, the big cats are at greater risk of death or injury due conflict with people or run-ins with cars or trains. A recent initiative, the Asiatic Lion Reintroduction Project, would take the surplus of lions and move them to a sanctuary in an adjacent Indian state. The move has been contested by local residents who are fiercely proud of their lions.