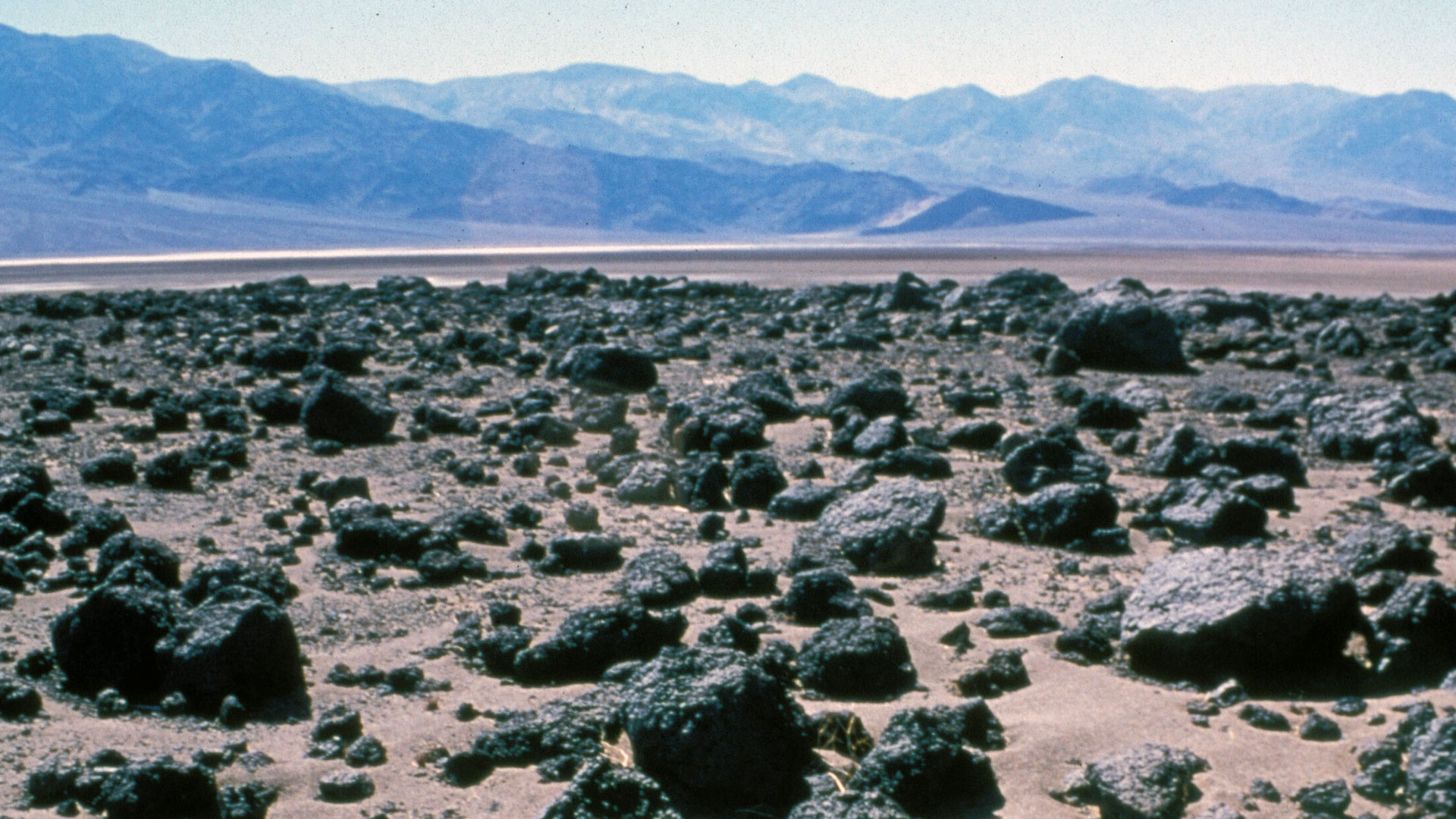 Sixty-four million miles is a long commute for work — and that’s on a good day. So why travel to Mars to search for life on other planets, when the key to understanding it may be found here on Earth?

NATURE’s Life in Death Valley transports viewers to the otherworldly desert realm of a national park whose landscape is reminiscent of the Red Planet. In both inhospitable worlds, fierce winds rip through canyons, craters plunge hundreds of feet, and towering sand dunes stretch for miles. It should be no wonder, then, that some of the first field tests for the Mars rovers were conducted in Death Valley.

In recent years, the quest for life on Mars has drawn scientists such as Dr. Susanne Douglas, a geomicrobiologist from NASA’s Jet Propulsion Laboratory’s Center for Life Detection to the valley. Steering her gaze away from the heavens and downward into the salt-encrusted mud of Death Valley’s salt pan, Dr. Douglas is finding that the bacteria living there may provide clues to extraterrestrial life.

Granted special permission from the National Park Service, Dr. Douglas collects samples of the rocks and sediments from Badwater — the lowest, hottest point in the Western Hemisphere. This is Death Valley at its most extreme. But what appears as a barren, saline landscape is in fact teeming with life. Microscopic organisms called extremophiles thrive in these brutal conditions. In most places, microbes live inconspicuously among plants and animals. But in the harshest environments on earth, like that of the Badwater salt pan, biodiversity is diminished until only these resilient little “bugs” are left. And the more hostile the conditions, the better they seem to do.

In the heat of summer, Death Valley roasts in temperatures greater than 120 degrees, cool when compared with the surface temperature of the salt pan. “The ground temperature gets to over 200 degrees at some points here,” says Dr. Douglas.

This is when the microbial communities, packed in neat little bands of purple, green, black, and orange, are at their healthiest and most active. “Apparently, they grow a lot better in the heat of summer,” says Dr. Douglas “When we hate it here most, they like it here most.”

But it’s not the bugs themselves that Dr. Douglas is after. It’s the minerals they produce called “evaporites” that interest her most. “Many people are under the assumption that you need to find actual organisms to detect presence of life,” she explains. “I’m looking at what they’ve left behind.”

Evaporites are the minerals that are left when water evaporates. Sometimes they are produced through geologic processes, but they may also form as by-products of living organisms, such as the microbes at Badwater. “The fact that there are these evaporite minerals on the surface of the Death Valley’s dry lake,” suggests Dr. Douglas, “helps us to use it as an analog study of Mars.”

Her thinking mirrors that of many scientists who abide by the logic that the evidence of water may indicate the presence of life. And that is one research strategy employed by the astroscientists who are working to gauge where otherworldly life may exist.

If we were to travel twenty thousand years back in time, we would find Death Valley drowned by a vast lake, 600 feet deep. Hundreds of millions of years further back, we would likely find an ocean. Though the last of these waters disappeared about ten thousand years ago, evidence of the life they once held still exists in the minerals left behind.

When the rovers recently discovered what they described as evaporite minerals on Mars, it became widely accepted throughout the scientific community that the Red Planet, at least at one point in its past, had water. In fact, some scientists suspect that an ocean once covered the northern lowlands of Mars.

If that is so, it is likely that areas similar to Death Valley’s salt pan developed on Mars as the water disappeared. If ever there was life on Mars, traces of it may be locked in the minerals formed in those long-gone waters.

Back in her lab in Pasadena, California, Dr. Douglas uses an electron microscope to examine her microbial samples, cell by cell. She has recently discovered that the evaporites produced by the tiny extremophiles have an unusual structure, unlike anything a geologic process would naturally produce on Earth.

Having identified the “signature” of Death Valley’s microorganisms, she is now hoping that through the use of remote satellite techniques, similar mineral signatures may be identified on Mars. “If we find similar minerals,” she poses, “could it be possible that life helped form them?”

With Death Valley as a natural laboratory, the answer to that question may no longer be light-years away.