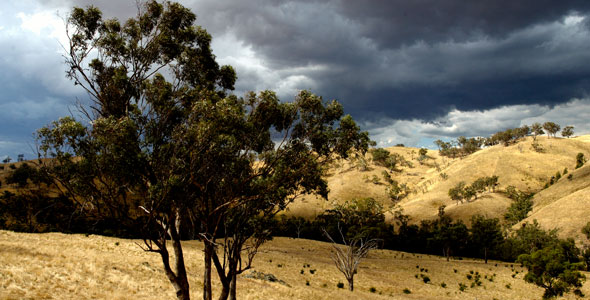 Beautiful, elegant, and intelligent, parrots have long been coveted and caged by humans. With over 340 species living in the Americas, Asia, Africa, and Oceana tropic zones, our world should be brimming with parrots. But today, parrots are one of the most threatened families of birds. Nearly a third of parrots worldwide are threatened — a statistic three times greater than the threat to all bird species.

Several factors are responsible for such grim statistics about these colorful birds. Poaching for the pet trade may be the biggest. The stress and damage from the capture, transit, and quarantine of parrots take a serious toll on the fragile birds. It is estimated that for every parrot in a pet store, three have died in transit. Ever since the Wild Bird Conservation Act made it illegal to commercially import parrots into the United States from countries without conservation strategies, most pet shop parrots are captive-bred. However international trade in wild-caught parrots remains a concern. It is estimated that 88 percent of parrots, parakeets, and lovebirds imported into Britain between 1995 and 2000 were caught in the wild.

Destruction of their natural habitats due to clearing of tropical rainforest and to agricultural development has also taken its toll. To make matters worse, as seen in “Parrots in the Land of Oz,” parrots are grain eaters and so are treated as pests by farmers.

The biggest parrot victims appear to be the larger, more colorful parrots like macaws and cockatoos. Not only are they more sought after but they have smaller broods; hence, it takes them longer recover and repopulate. The largest flying parrot, and possibly the noisiest, the macaw has paid a price for its willingness to be tamed and trained as a human pet. Over half of all macaw species are on the endangered list. The Spix’s macaw, a delicate, pale blue bird, was considered one of the world’s most endangered species. For ten years, only one lone male was known to exist in the wild in a small arid region of savanna scrubland in northeastern Brazil known as the “caatinga.” Then, in 2000, this last wild bird disappeared. There is currently an international captive breeding program for the bird, and the hope is to re-introduce the macaw to the wild — eventually.

One species of macaw that scientists hope to save before it suffers a fate similar to Spix’s macaw is the red, yellow and blue-plumed scarlet macaw. With only 300 macaws left in Guatemala’s nature reserve, the primary-colored creatures are in danger of being wiped out in that country. At fault are poachers, drug traffickers and land invaders, who slash and burn the bird’s jungle habitat. Thousands of acres of forest are cut down to make way for settlers and clandestine airstrips for drug traffickers moving cocaine from Colombia up into the United States. To keep an eye on their numbers, researchers recently fit two scarlets with satellite collars to track them in northern Guatemala and southern Mexico. With hope, the watchful eye of science will help protect these beautiful birds from further danger.

While over one million may have roamed at the time of Columbus’ arrival, today less than forty Puerto Rican Parrots remain in the wild. Their decimation has been so relentless that the gregarious Puerto Rican Amazon, or the Puerto Rican Parrot, is one of the ten most endangered species of birds in the world. Habitat destruction throughout the 19th and 20th centuries drastically reduced the bird’s numbers. As early as 1968, conservation efforts began to protect this species with the goal of saving it from extinction. A recovery program sought to establish a wild population and hopefully down-list the species from endangered to threatened.

A diminutive, yet plump parrot with a small, fragmented range in New South Wales and Queensland, the Coxen’s fig parrot has virtually vanished from the wild. Sadly, recent surveys have come up with only a few fleeting sightings, and no active nests have been discovered. The Australian native’s original habitat included lowland coastal rainforests, but these have mostly been cleared.

If humanity is to reverse the trend and save these magnificent creatures from extinction, it is essential that we immediately begin to conserve the habitats of threatened parrots and to be aware of politics of the pet parrot trade. As smart as parrots are, only humans can stop the devastation that some of the most vulnerable species have experienced at our hands.